Aran Valley (Valle de Arán in Spanish) is one of the most scenic areas in the Pyrenees mountains and the northwestern part of the Lerida province in Catalonia, Spain. The picturesque valley is dotted with small villages and surrounded by hills with a height of over 2 kilometers. Directly opposite the village of Unha a new via ferrata named Poi d'Unha has just opened. The via ferrata with a distance of 800 meters and a height of nearly 500 meters, ranks among the longest in Spain. Moreover, the route features ultra modern equipment variegated by several Tibetan bridges and an exciting spiral staircase.
1. 5. 2014 Comments: 0

The Poi d'Unha ferrata is divided into three sections. The first, which is about 150 meters, is a level of initiation. Upon completion of it, a semi-equipped road leads to the foot of the ferrata. The second part starts here and is already considered difficult by its aerial environment. It is the section in which there is a vertical ladder and aerial cable (which can be avoided by a variant) and also a Tibetan bridge of some twenty meters (can also be avoided). At the end of the section there is also a good loophole marked with blue marks. 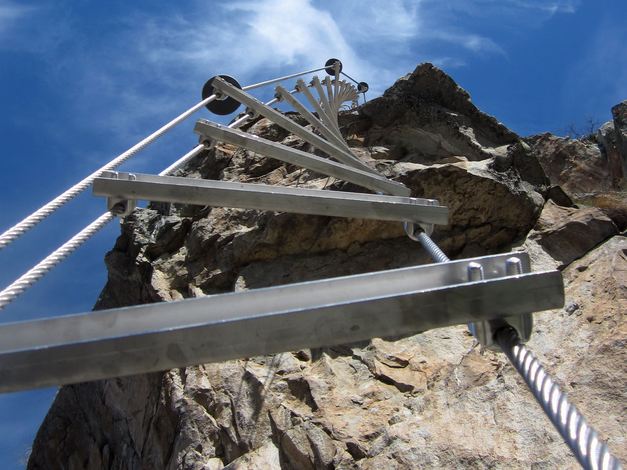 The third section is also catalogued as difficult. It runs through a real wall with wedges, plates and even a crash twenty meters that tests the strength of your arms. At the end of difficulties you have installed a mailbox with a log book. But the ascent does not end there. You have to keep following the signs up to the height of 1930 meters where the road definitely ends. From this point you can continue up to the top of Poi d'Unha, 2,221 meters, or begin descent to the village by a canal Unha (equipped with a cord) and then by a short-distance path. Find the place on the map of Adrex.com Locations… 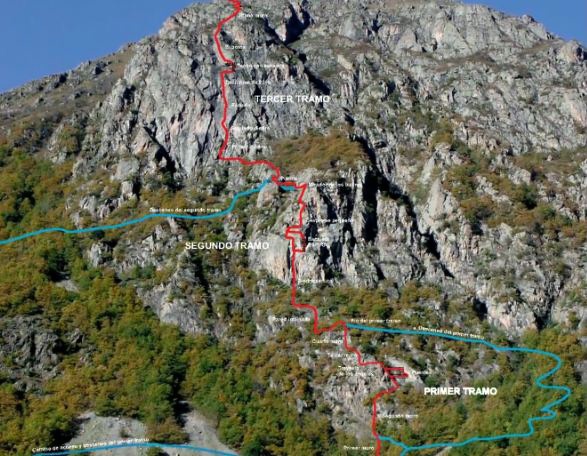 Those who have already had the fortune to stand on Poi d´aUnh´s top, confirm, that one of the most beautiful moments of the way up are its magnificent views of both Maladeta and Pico de Aneto, Spain´s highest mountains. The Poi d´Unha ferrata has been designed by the School of Muntanya, installed by the Via Vertical company and funded by the Municipality of Naut Aran. Well done! Thanks for this new great post on the European map of secured routes.