Telluride’s Via Ferrata was supposed to be somewhat of the majestic San Juan Mountains' secret. After all, who would have thought that in the United States one could find a via ferrata? The climbing route has rapidly risen from underground status to its current huge popularity and even if some of its sections seem like an exposed hiking trail more than a rock climb, make no mistake, this climbing route requires technical climbing abilities and gear. But the position and setting of the Telluride Via Ferrata cannot be beat, it offers breathtaking views of the surrounding mountains, the town of Telluride and Bridal Veil Falls from high above on the cliff walls.
30. 4. 2015 Comments: 0

Telluride’s  Via Ferrata trail was built by Chuck Kroger, a local explorer and climber, who first came across European Via Ferrate back in 1967 on trip to the Alps. Starting in 2006, Kroger used his climbing skills to ascend sheer faces, packing a rock drill. He wasn’t’ just a renowned climber but also a welder extraordinaire. Kroger forged and fabricated holds in his workshop and tried to make the route as safe as possible, using 5 ½ inch bolts versus the 2 ½ inch size used in most climbing holds. 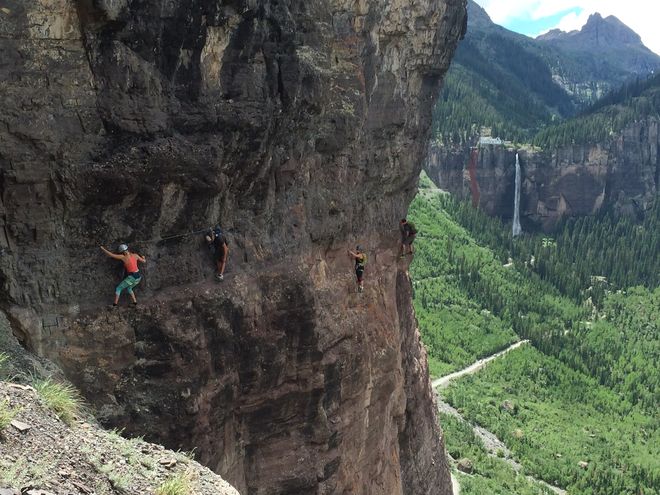 Locals call this iron way the "Krogerata", after Telluride's resident Chuck Kroger who passed away in 2007

Telluride's Via Ferrata is an extreme traverse/climb with over 200+ foot drops right across the valley and starts past Bridal Veil Falls above Pipeline Wall, located on the east side of town. The climb starts as an exposed hike, then transitions into a traverse on fixed steel rungs while tethered to cables.  At times, the cliff wall drops hundreds of feet below your feet so bringing your kids along is not recommended here. The average time spent on this via ferrata is about 2 hours before reaching the top but is worth the hike. 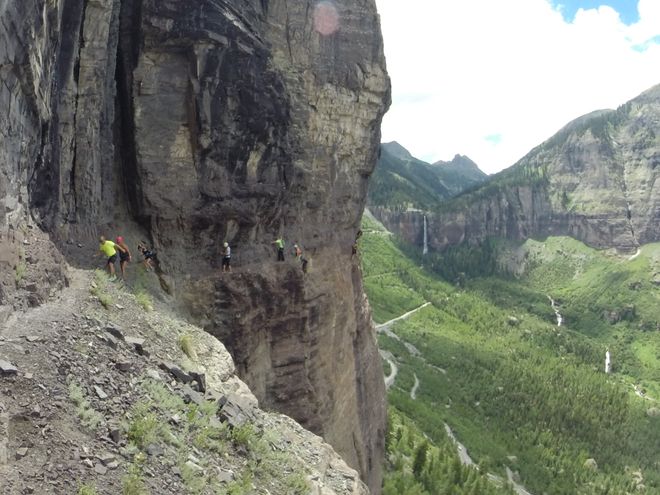 Just to remember, an accident on this route could easily have fatal consequences, and even a sprained ankle can quickly become serious event and potentially a major rescue. If you have any doubts about your abilities, hire a local guide to take you for a more enjoyable (and less stressful) experience. 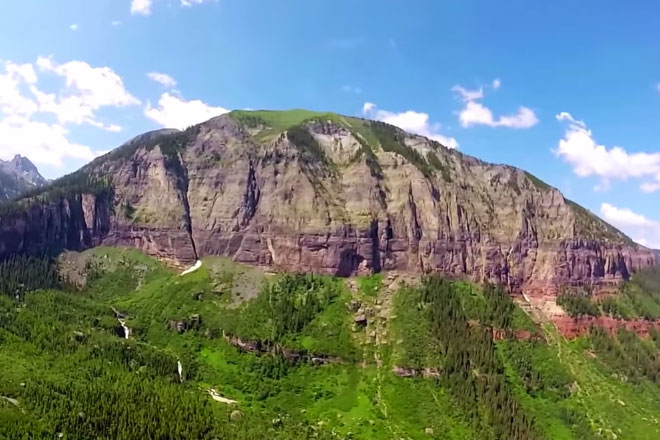 If you have anything to report about the route, such as loose holds, maintenance concerns, changes in the route or other info, please contact Telluride Mountain Club to maintain this Colorado's beauty.