The two Red Bull Cliff Diving World Series champions were masterful once again on a day when 23 tens were handed out at Downpatrick Head. Gary Hunt and Rhiannan Iffland maintained their winning form on a dramatic and barely believable day of high-quality action at the fourth stop of the 2021 Red Bull Cliff Diving World Series in Downpatrick Head, Ireland.
13. 9. 2021 Comments: 5 Photos: 3
Facebook Twitter LinkedIn

Four-time champion Iffland, chasing a record-extending 11th consecutive World Series win, was simply untouchable yet again. Beginning the third round in an unfamiliar third position, the Australian blew her rivals out of the water with a sensational ‘perfect dive’, earning five 10s from the judges – the highest score possible - for the first time in her glittering career. In becoming the first woman to achieve this feat, she also surpassed her own previous record for the highest single dive score.

In the men’s competition, Hunt earned his 41st career victory, but that doesn’t even begin to tell the story. Having earned three 10s himself in Saturday’s second round, the Frenchman watched on as his rivals cranked up the pressure with a series of high-scoring dives in the third and fourth rounds. However, he managed to fend off the pursuers and once again stand at the top of the podium.

On a weekend that will go down in cliff diving history, a record 23 top notes were handed out, two perfect dives were recorded in a single stop for the first time ever, and Gimeno became the first diver to ever perform a handstand dive directly off the rocks during the first round. 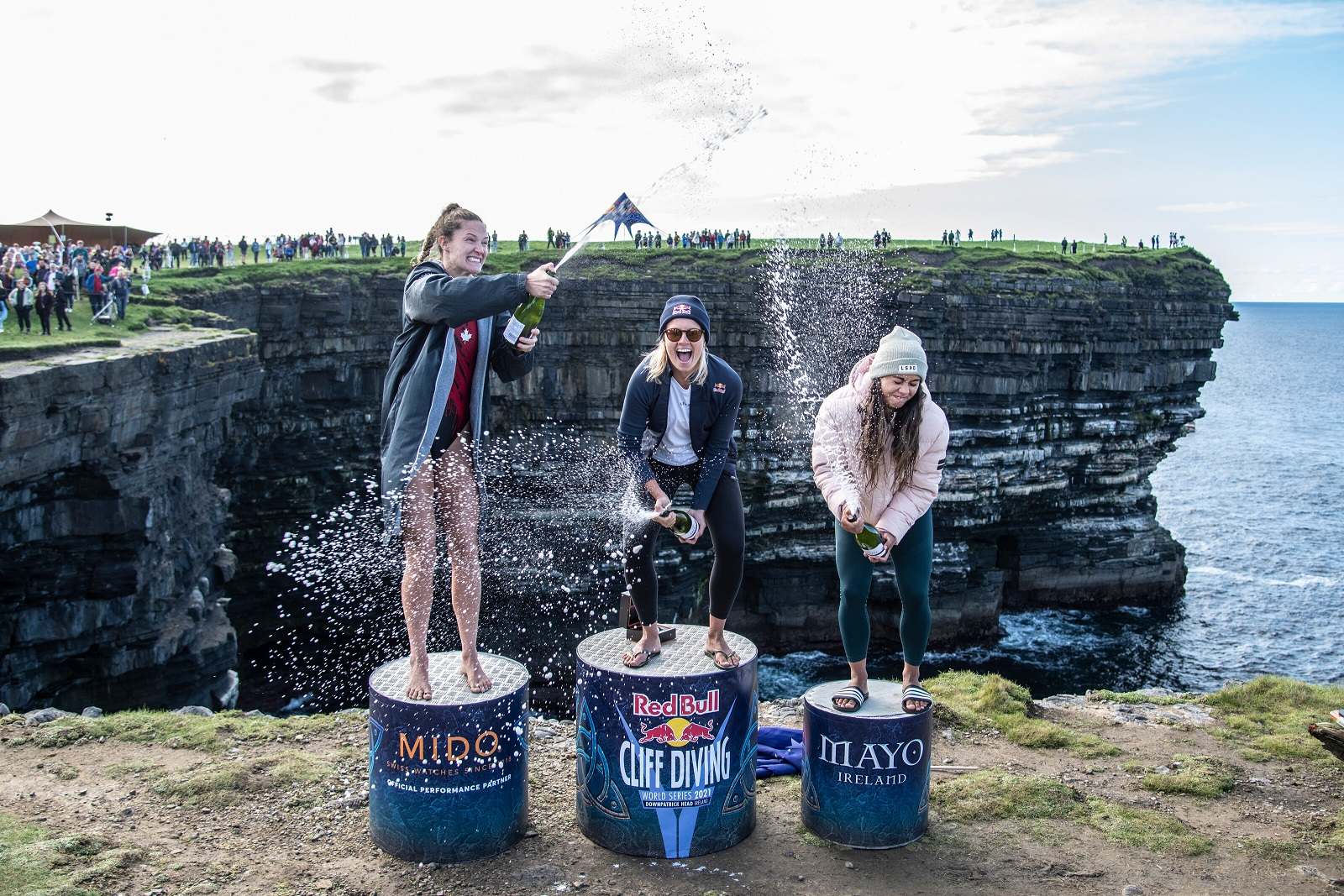 Following this pulsating performance, the world’s best cliff divers will now head back to mainland Europe in just over a week’s time, where they will continue their fight for the King Kahekili trophy at the first stop of an Italian doubleheader in Puglia. 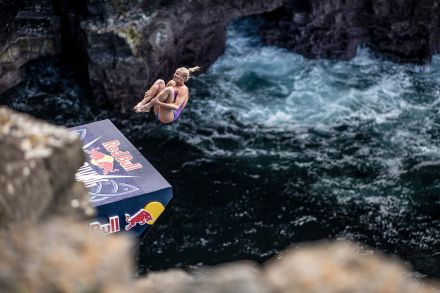 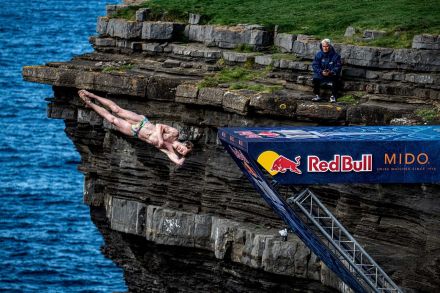 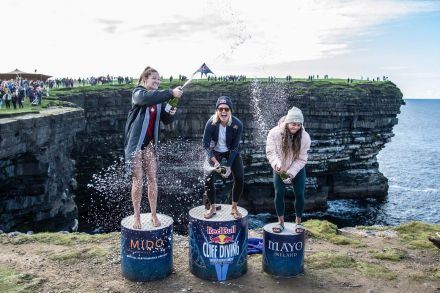