It is a spectacular show as the world's best cliff divers jump from almost 30 meters, hitting the water at 85 kph within three seconds. If you haven't been to any of the events in the past, Adrex.com recommends you to go and see it live. This year already sixth season series will consist of seven stops around the World. From May to October, you can witness 10 best cliff divers competing to become the next World Champion. Artem Silchenko of Russia took the title last year. Will he successfully retain the title in 2014? With four wildcards to each stop and eager rookies like Jonathan Paredes, and the rising stars from the USA, David Colturi and Steven LoBue to the list, it is not going to be easy.
16. 4. 2014 Comments: 0

It’s pure. It’s fast and it’s jaw dropping. Cliff divers leap aesthetically from almost three times the Olympic height and hit the water protected only by their concentration, skill and physical control. Since 2009, the Red Bull Cliff Diving World Series features the biggest talents, the most promising newcomers, and since 2013 has also provided a platform for women. Havana, Texas and Bilbao are new to the calendar of the 2014 Red Bull Cliff Diving World Series and the competition will continue in Ireland, Norway and Ukraine, until the final showdown, in Brazil - another first for the athletes. 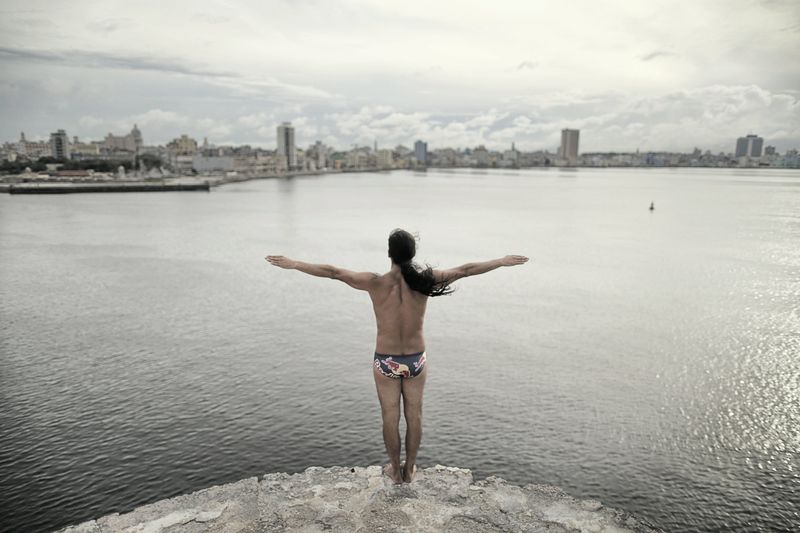 On the second weekend of May, the sixth season kicks off with aesthetic leaps from the picturesque Morro Castle fortress at the entrance of Havana Bay in the Caribbean island country of Cuba. From the environment where modernity and colonial constructions go hand-in-hand, this prestigious series of competitions comes next to the USA’s Lone Star State. At the Possum Kingdom Lake in Texas, two towering cliffs mark the entrance to a small cove and are surrounded by flat terrain. Back in Europe, the cliff diving elite returns to Ireland’s Aran Islands and the mysterious blowhole known as the Serpent’s Lair. Mid-July, and the midway point of the 2014 World Series, takes the divers back to Norway’s Kragerø, the site of 495 islands and – recalling 2010 – just as many boats! After a short break, the country of the 2011 grand finale – Ukraine – hosts the fifth stop at the quaint Swallow’s Nest castle at the end of August. The second to last stop is in Bilbao, Spain for the business end of the World Series before the divers leap over the ocean to South America’s biggest country, Brazil, where the coronation of the 2014 World Series champion will be held in Niterói at the end of October. While Christ the Redeemer watches from above, off a unique 27-metre platform structure, inspired by the architecture of Oscar Niemeyer, the new champion will dive to glory. 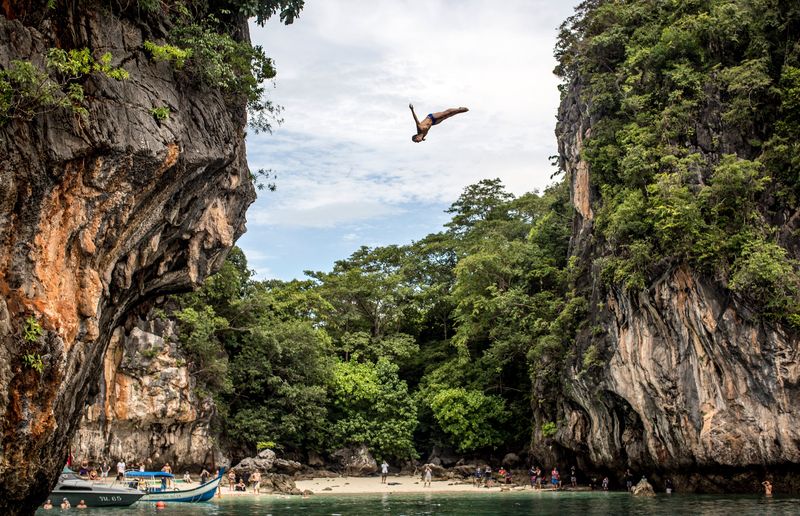 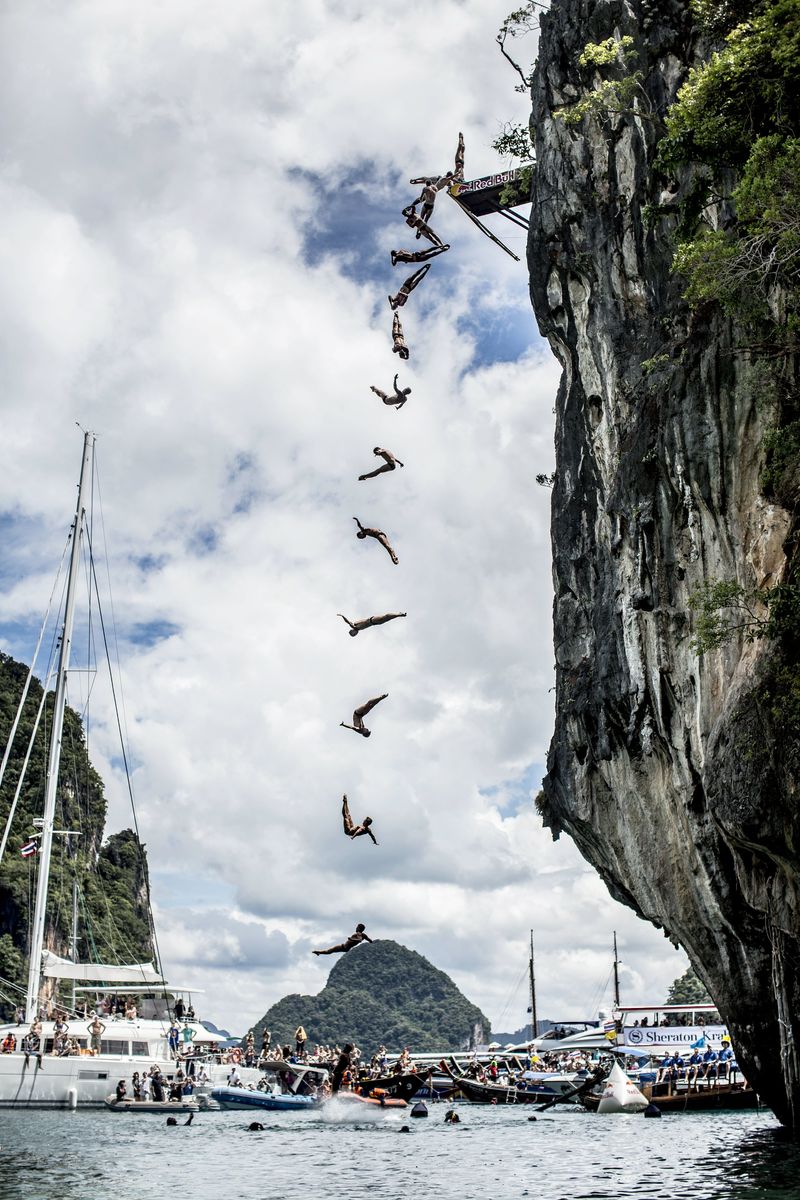 Four rounds per competition – the seeding round determines the starting order for the following two head-to-head rounds with one final round for the top seven, plus one lucky loser – will put the divers to the test. In a sport where three seconds can be an eternity and even the smallest mistake could cost you victory, physical power and mental strength are crucial. Five international judges award scores from 0 to 10 for each of the two required and two optional dives. Two diving icons, Greg Louganis (USA) and Dmitri Sautin (RUS), who have between them no fewer than six Olympic gold medals, will be part of the 15-person panel whose eagle eyes will judge take-off, position in the air and water entry. 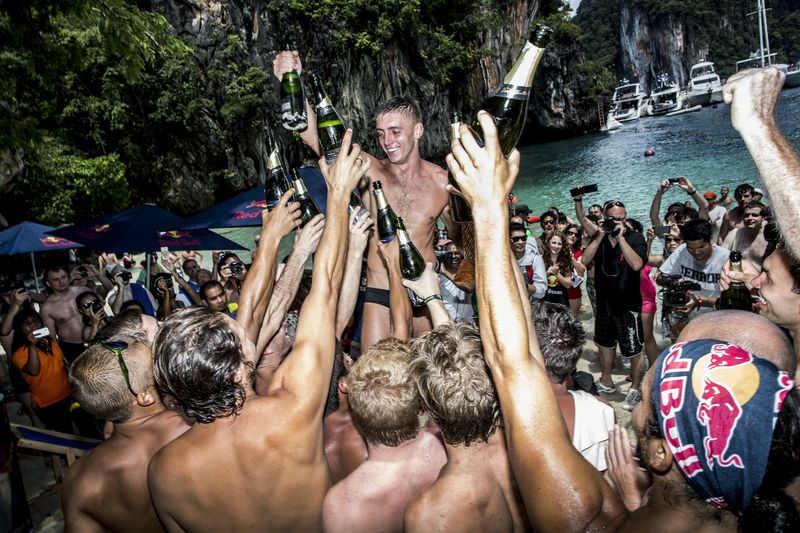 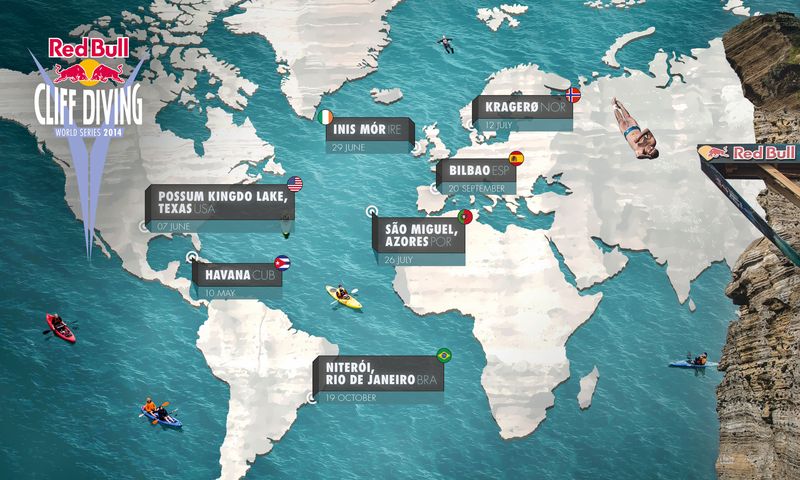 Adrex.com is stoked! Check out the video highlight from last year to get a taste of what to look forward to!

Source: Red Bull and their Media Pool. All images are courtesy of Red Bull.