It’s not quite the end of this year’s Red Bull Cliff Diving World Series, but already we are witnessing a Grand Finale on September 13: The women of Cliff Diving are competing in Italy for the World Champion title. And this is going to be a tight race. Rachelle Simpson (USA) and wildcard Cesilie Carlton (USA) are currently tied in first place.
11. 9. 2015 Comments: 0

Beautiful Polignano a Mare in South Italy is also the penultimate stop for the men’s 2015 World Series. And this competition got mixed up at the last stop in Mostar when Mexican Jonathan Paredes broke Gary Hunt’s (UK) winning streak and snatched first place. Paredes is now fighting with Columbian legend Orlando Duque for the second place in the overall standings. 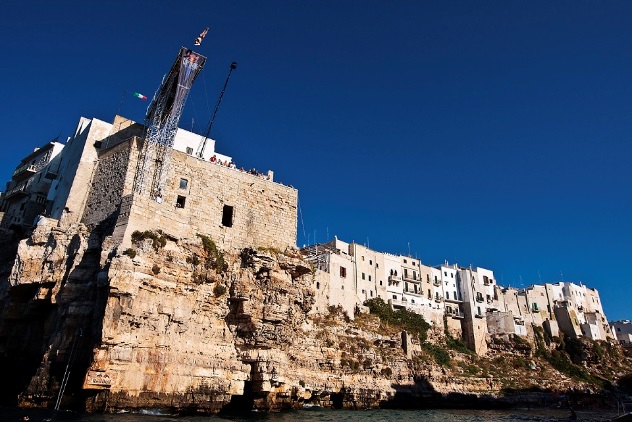 Europe’s mecca of cliff diving Polignano a Mare probably provides the most unusual venue: the divers will take off from a private rooftop terrace, which is only to enter via a private living room. The house of a local resident is built over the cliffs of the Adriatic coast and almost seems to be integrated in the cliff itself. The seventh stop of the Red Bull Cliff Diving World Series promises to become a thrilling competition in an extraordinary setting with tough fights for the podium places.