Following two overseas stops in Cuba and the US, which have both seen winners from the United Kingdom, the cliff diving elite returns to the rugged coast of Ireland’s Inis Mór. The third stop of the World Series touches first time European soil and faces probably the most challenging conditions of the season. Exceptional diving action from 28m can be expected on the early afternoon of June 29th.
28. 6. 2014 Comments: 0

Ireland hosts first European stop of the Red Bull Cliff Diving World Series 2014 on June 29. After 2012, the near-perfectly rectangular blowhole ‘Serpent’s Lair’ will serve as the landing site for 14 professional athletes, from 10 different nationalities, from as far away as Mexico, the USA, Colombia and Russia. It was Artem Silchenko who took victory in 2012 and the reigning World Series champion is back in the game after his second-place finish in Texas two weeks ago. 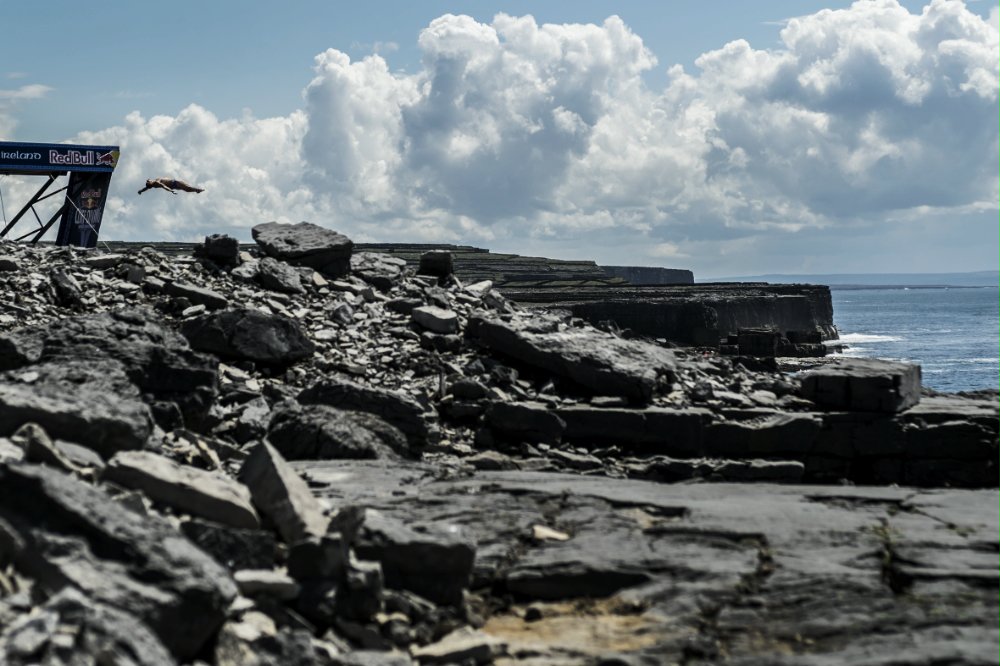 Inis Mór, the big island among a group of three is home to the legendary Serpent’s Lair – ‘Poll na Peist’ in Gaelic – a ‘blowhole’ to subterranean caverns, which spurt out water each day as high tide approaches. What gives this place an inexplicable and mysterious nature is the almost rectangular shape of the hole, filled with 15°C water. Ancient mythology talks of a sea serpent which lived beneath the entrance. The sound of screeching, stormy winds is said in myth to be the great serpent making its presence felt. 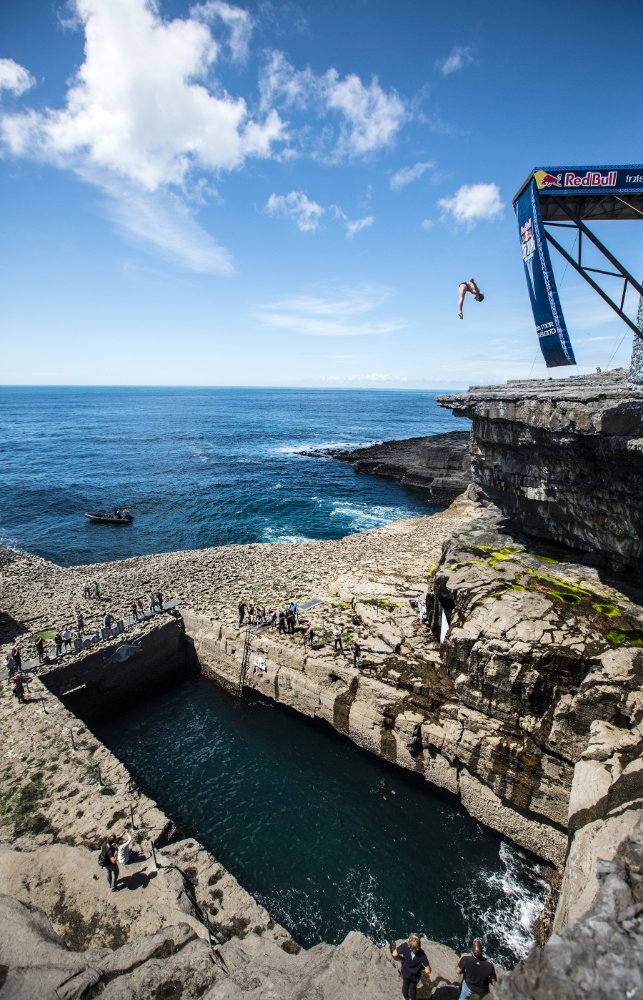 Since 2009, the Red Bull Cliff Diving World Series has featured the biggest talents, the most promising newcomers, and since 2013 has also provided a platform for women.