Ponte Brolla, Maggia Valley, Ticino, Switzerland, will once again host the International Championship in cliff diving from July 18th to 19th 2014. Ponte Brolla is a village in the Canton of Ticino in Switzerland in the valley of Maggia River. Located northwest of Locarno at Ponte Brolla the river formed the Maggia Valley as well as a narrow gorge with strange rock formations. We can say that Ponte Brolla canyon ranks among the most picturesque places in the world of cliff diving.
17. 7. 2014 Comments: 0

Since 1992, international cliff diving competitions, such as the Swiss Open Championships, the European Championships and the World Championships, have taken place in the magic Maggia Valley. With its countless, breathtakingly beautiful natural swimming pools, often surrounded by steep granite cliffs, the Maggia Valley belongs to one of the most spectacular natural settings for cliff diving in the world. Athletes have shown already twenty-two times their technical skills in the canyon of Ponte Brolla. 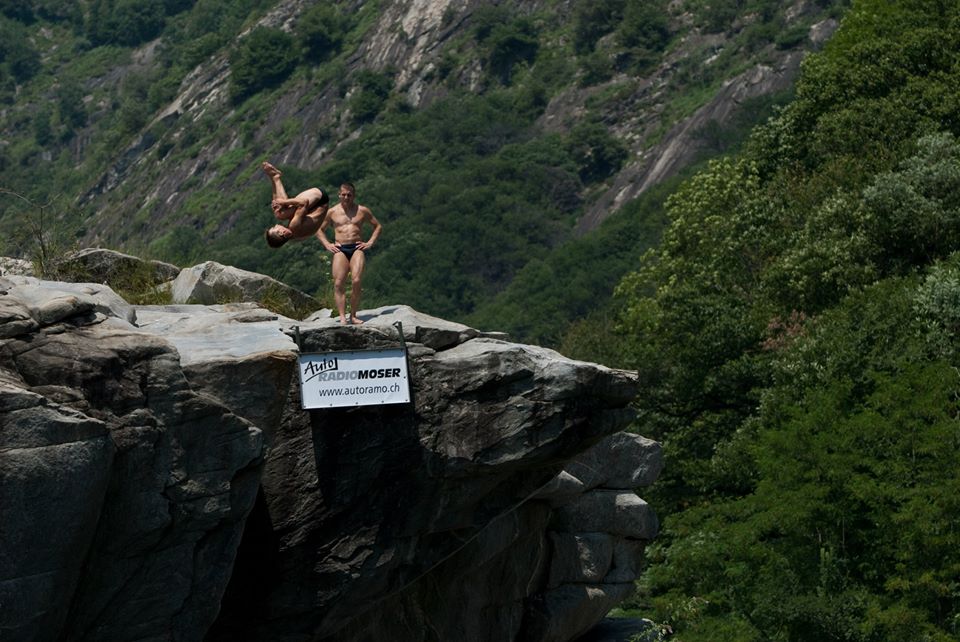 In Ponte Brolla, athletes can dive from 13, 15 or 20 meters height into the crystal clear, around 18 °C cold water of the river Maggia. The natural diving pool has an average water depth of around 13 to 15 meters.

Athletes dive from the heights of 18 - 23 meters (female) and 22 - 27 meters (male).There are 5 international judges to assess athletes´performannce. Entrance is free for spectators. 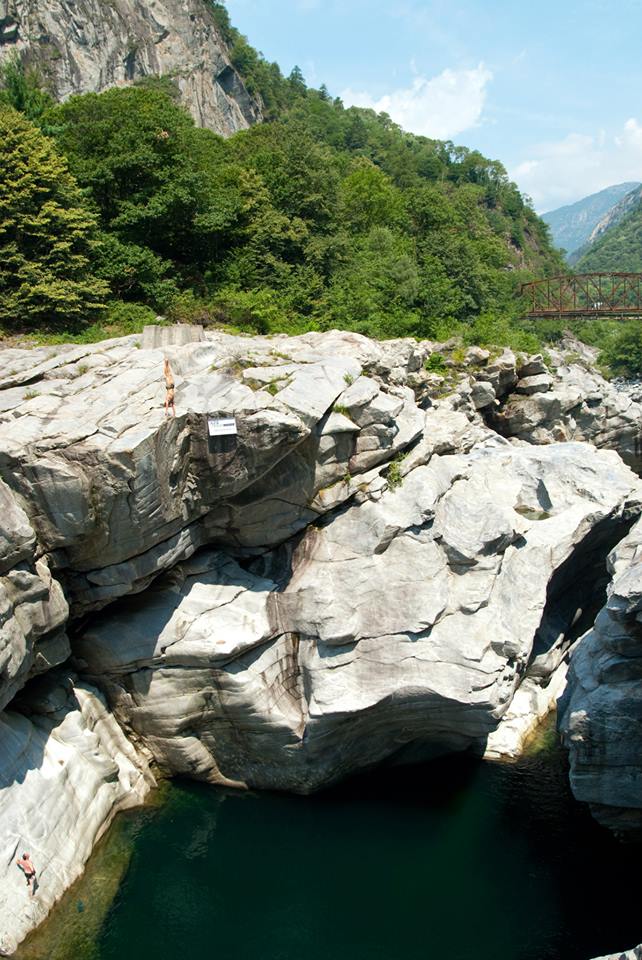