Ponte Brolla, Vallemaggia, Ticino, Switzerland – a place that will once again host the International Championship in cliff diving from July 18th to 19th, 2014. International athletes have shown already fifteen times their technical skills in the canyon of Ponte Brolla. Located in the magic Maggia Valley, Ponte Brolla offers breathtakingly beautiful natural swimming pools surrounded by steep granite cliffs, which regularly serve as a stands for numerous spectators. We can say that this place is one of the most picturesque places in the world of cliff diving.
28. 5. 2014 Comments: 0 Photos: 6

Ponte Brolla is a village in the Canton of Ticino in Switzerland in the valley of Maggia River.  Located northwest of Locarno at Ponte Brolla the river formed the Maggia Valley as well as a narrow gorge with strange rock formations. Find the place on the map of Adrex.com Locations... 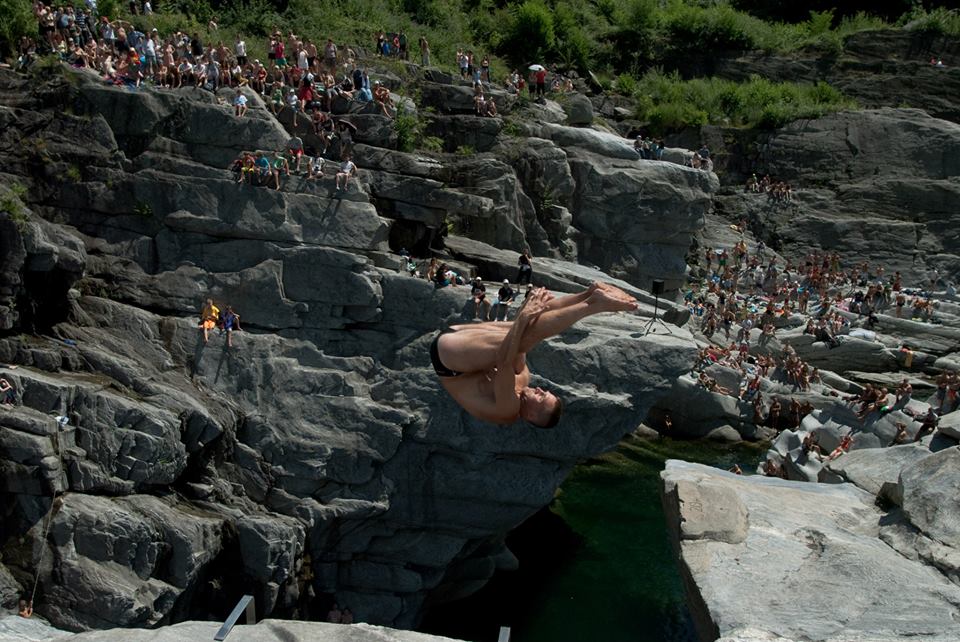 To enter this natural venue, good shoes are recommended; the trail to the diving site is not suitable for small children and disabled persons. Some parts are accessible by swimming only! Entrance is free. Dogs are not allowed. Arriving with public transportation is highly recommended (bus no 315 from Locarno). The gorge offers cliffs of over 30 meters high above the water level. North of the village lies a rock slope that is popular with climbers. The rocks of the gorge are hosted by European and World Championships in the Cliff Diving. Athletes here are diving from the heights of 18 - 23 meters (female) and 22 - 27 meters (male). The impact is about 9 times than from the 10 meter platform. World High Diving Federation (WHDF) is an autonomous federation of Cliff and High Diving sport with headquarters in Thun, Switzerland. Founded in February 1996, WHDF is recognized by Swiss Olympic Committee and is a member of ISF (International Sport Federations). It is the main organizer of the official European Championship in Cliff Diving, which mostly takes place during summer months most usually in Ponte Brolla, Switzerland. WHDF´s main purpose is to provide professional information and promote the disciplines of Cliff and High Diving, organize and carry out national and international competitions, support and promote new generations of divers in co-operation with national olympic diving federations.

Adrex.com with cooperation of WHDF will bring you the news of the International Cliff Divig Championship. 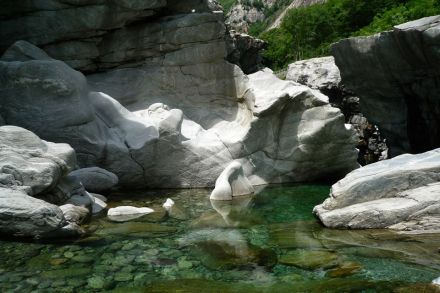 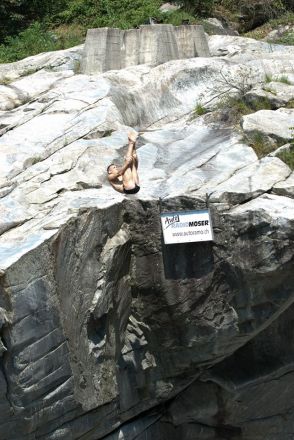 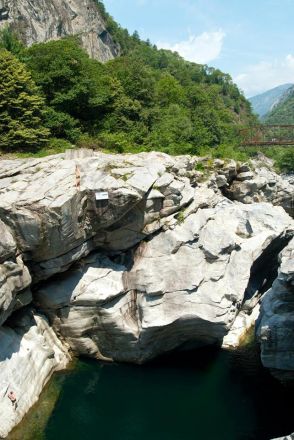 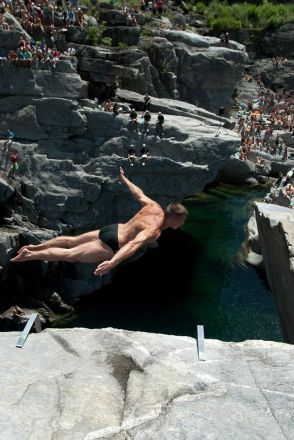 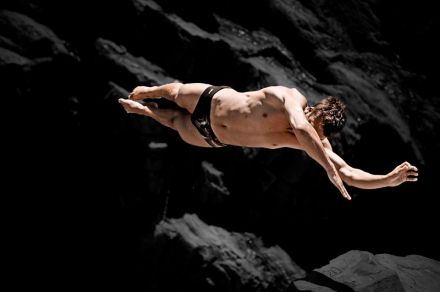