The AIDA Team World Championships 2014 will be officially opened tomorrow in Sardinia, Italy. 12 days, of which 9 days will be official training and competing, the world´s best 120 athletes representing 25 nations will push their limits to dive beyond the 100 meter mark to become world champions. And again, we can expect a massive event as the estimated number of runners from all over the world is about 500! Watch Adrex.com for the latest news, photos and videos.
26. 9. 2014 Comments: 0 Photos: 16

Looks idyllic, but this will be the battleground tomorrow for the last day of competition. With the leading teams close to each other, we're expecting some juicy blackouts as their team members squeeze for every meter possible in an attempt at seizing glory.. Startlist for DYN is in the gallery.

Deep competition accomplished. Big drama happened today. Team Croatia received the red card for blackout Bruna Segvice and lost 92 points. Competition in Dynamic with Fins will be a wild and exciting. In the men's competition can get gold up to five teams now.
When we looking at the total points of teams can seen as competition in dynamic apnea will interesting. Czech women's team for fourth USA women lead of 85.8 points. That means in dynamic apnea 163 meters. Russian and Japanese women are stronger dynamics than Czech team and they would be so untroubled keep third place.
Mens competition will harder. Russian, Croatia, Denmark and Czech will fight for gold medals.  Finland is out from medail positions almost surely.
We will see in Friday!

AIDA Team World Championships 2014 approaches its second half. All the teams have completed two days of training in the discipline of Constant Weight (CWT) and tomorrow they will continue racing. Thanks to the changed order of events there was felt a bit of uncertainy among racers. After all, it is something different when the CWT starts and competitor is not under any pressure. In tomorrow's race day we will see what teams can keep a clear head and hold some strategy. That will apply mostly in male competition. Croats have no reason to take risk with their sufficient margin for the second Danes and third Czechs, but they are certainly going to be attacked from a discipline very strong Russia. According to my estimates, in Constant Weight, Russia may pick up as much as 290 points contrary to 250 points of Czech and Denmark. Russia has 72 points to medal position before the final dynamism. The Czechs and Danes are extra strongly chased by Finland. All this means the competition will be very interesting.

A view of the overall ranking in the female category doesn´t bring such a grippling drive, but appearances can be deceiving. Russian team, led by the phenomenal Natalia Molchanova, prepares intensively, and if they avoid a major mistake ( like the men's team), hardly anyone can overtake. The more promising will be the fight for the other two podium positions. The Constant Weight strong Japanese and Danish girls can start pushing the Czech team, that so far enjoys the advantage of an outsider with still surprising performances.

Hopefully, the teams will bring a white cards only for tomorrow's competition and World Championship of the best teams in 2014 will be interesting and full of great fights until the last swimmer and the last discipline - Dynamic Apnea. We will publish Starting list of  tomorrow here as soon as it appears. Start list for CWT competition day is in galery.

First competition day ended. The race was very suspenseful and interesting. Italy women's team and men's teams of Russia and Sweden with them red cards give space to other teams in the fight for the medals.

Today marks the start of official training days.  The competition has been hit by bad weather which has required the daily schedule to be moved around to focus on the pool disciplines first.  Training today is for Static (STA) Apnea and the competition dives will start on Saturday. Constant Weight will in Tuesday and Championship will finished by dynamic apnoe.

Constant Weight (CWT): The freediver descends and ascends using his fins/monofin and/or with the use of his arms without pulling on the rope or changing his ballast; only a single hold of the rope to stop the descent and start the ascent is allowed. Constant weight is the common sportive depth discipline of freediving, because of the specific fins or monofins used in it. Constant weight is one of the three disciplines considered for the international competitions by team, with Static apnea and Dynamic with fins.

Static Apnea (STA): The freediver holds his breath for as long as possible with his respiratory tracts immerged, his body either in the water or at the surface. Static apnea is the only discipline measuring the duration, and one of the three disciplines considered for the international competitions by team, with Constant weight and Dynamic with fins. Performances could be done and recognized in both pool or open water (sea, lake, river, etc).

Dynamic With Fins (DYN): The freediver travels in a horizontal position under water attempting to cover the greatest possible distance. Any propulsion aids other than fins or a monofin and swimming movements with the arms are prohibited Dynamic with fins is the most typical of both disciplines measuring the distance in freediving, because of the specific means of propulsion : long fins or monofin. Performances could only be recognized in swimming-pools with a minimum length of 25 meters, and are sometimes considered in national or indoor's 'combiné', with the Static apnea.

Due to very bad weather forecast, program changes. Please, take note of the new program for the next days: 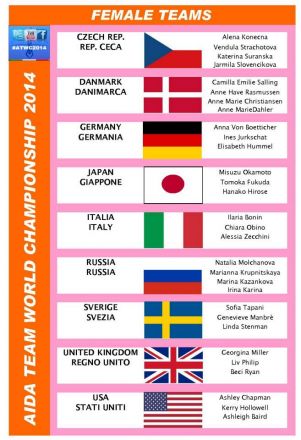 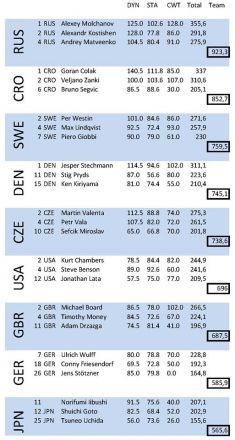 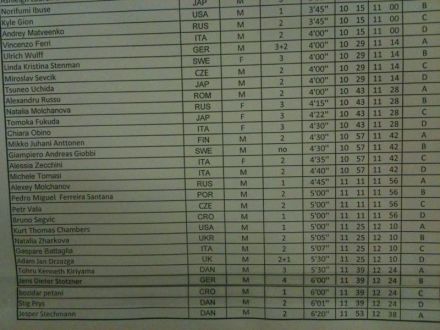 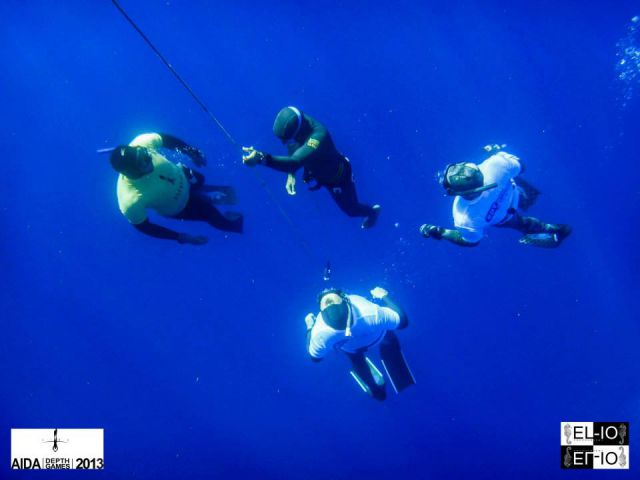 AIDA Cyprus was founded on the 1st of January 2005 in Limassol, Cyprus and have been aiming to represent project in the third largest and third most populous island in the Mediterranean in local and international freediving events ever since. With the Cyprus Summer Games 2014 behind, where the final… 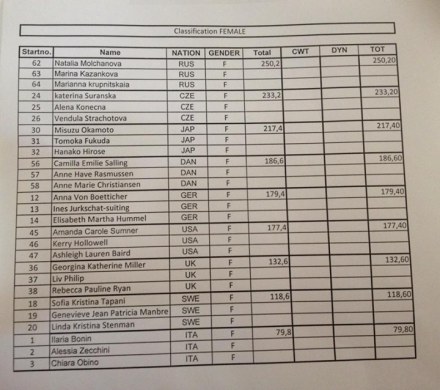 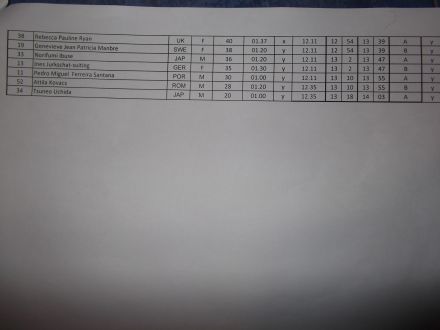