Michael Board Nailed it Again: A FIM National Record of 97m!

On Thursday 10 September Michael Board broke his own Free Immersion national record by pulling himself down a rope to a depth of 97m and back again. Michael was taking part in the Pre-Competition to the Individual AIDA Depth World Championships in Limassol, Cyprus and it was the third and final day of the competition. Board had previously nailed a solid 100m Constant Weight dive, using a mono fin to swim down and up, on day one and so was looking in good shape to dive deep in this competition, and as it turns out started and ended on a high note.
16. 9. 2015 Comments: 0

Mike’s previous record was 96m, set at the prestigious Vertical Blue competition on Long Island in the Bahamas on 15 November 2013. Of this latest Free Immersion national record, Mike had to say:

“Waiting for the dive today I had a little apprehension as I always do before a competition dive and a national record attempt, and because it was at this stage two years ago that I crashed out of the World Championships in Greece by rupturing my ear drum at a depth of 95m while trying for a national record of a 100m in Constant Weight discipline. It's hard not to push too far sometimes but hopefully I learnt from that experience and this is reflected in today's dive! Diving in the Mediterranean is harder for me than in the tropics, and in the previous day's we have had wind, surface chop, current and a strong thermocline to contend with. Conditions were good today though and I hope I can build on this record and dive deeper in the upcoming days during the World Championships” 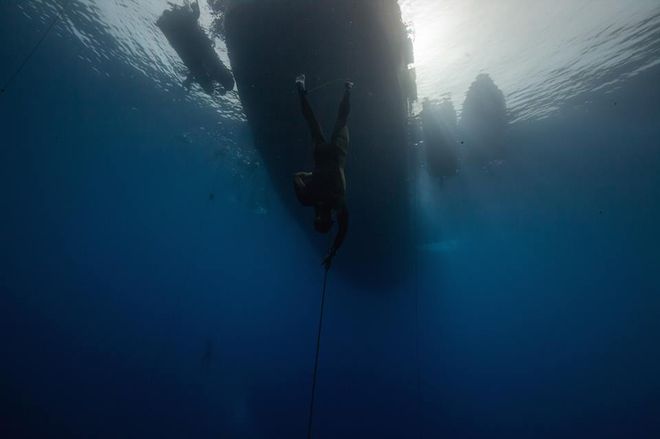 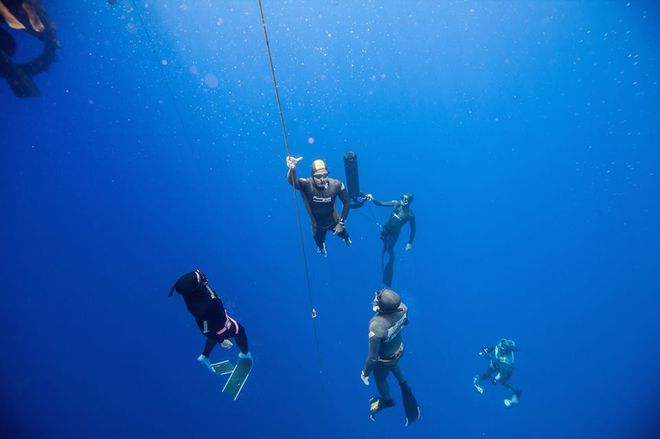 Congrats to Michael. With the World Freediving championships now under way Michael Board and the rest of the GB team will aim to build on these good early performances during the final competition days on the 16th and 19th September. Stay tuned!