The Triple Depth Freediving Challenge 2015 for the 11th Time!

Once again, one of the best freedivers who frequently return to Dahab every year again for the biggest Freediving competition in the whole of Africa, the Triple Depth, will prove their skills in all three-depth disciplines and static freediving. I think that already in its 11th edition, the Triple Depth Freediving Challenge 2015 need much to say about as every year, the event proves popular not only due to its great prices but the comp fee and the costs of accommodation and living that are among the cheapest in the world for freediving competitions.
15. 9. 2015 Comments: 0

As if the outstanding and unbeatable conditions for freediving of the Red Sea and in particular of the Blue Hole were not enough to justify a trip to Dahab for competing at the Triple Depth, the amount of prizes you can win this year (without the need to be a world record holder) should be an extra incentive! For the 11th time in 11 years, Freedive Dahab organizes the Triple Depth Freediving Challenge 2015 and as in previous years the event is held in in the famous Blue Hole just outside Dahab, Egypt. 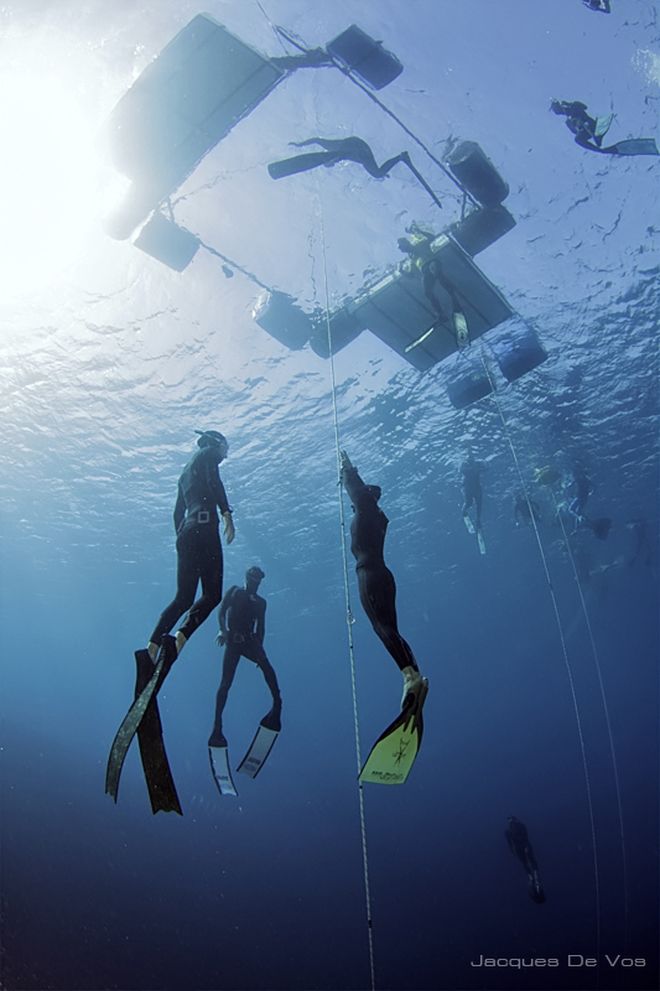 Apart from great visibility even on a bad day and warm water other pros include the fact that you don't need to be a superhero freediver anymore to win the Triple Depth, as the Blue Hole is too shallow for the big guns who are at present busy trying breaking world records in Cyprus. So your chances to grab some of the awesome prices are really high. Triple Depth means that every day you do a different discipline, starting with FIM the first day, then CWT on the second day and CNF the third day. The winner will be the one who has more points in those 3 disciplines.

Price:
For first time participant the full 7 days fee is 225 euro (including training and static competition)
Only 3 days competition: 150 euro

Let the freediving world know you are out there! More information about the comp can be obtained at info@freedivedahab.com