On the river Passer in northern Italy paddlers from all over the world meet to paddle together and party as hell at the King of the Alps 2015. It was once again great event and everybody had a lot of fun. Top national and international kayakers competed at the spectacular Passeier Valley for the titles of King and Queen of the Alps, based on a mass start marathon and a head-to-head sprint. Besides the competitive part of the event, there were also be many side events for paddlers to enjoy such a participation in kayak courses, guided tours or rafting tours.
18. 6. 2015 Comments: 0

It is very difficult to be a King, but become one it’s even harder. Indeed, you have to run a class III-IV marathon on the Passer to qualify, and afterwards complete three clean runs to make the top final on the 400m long class V section. For the marathon, almost 100 paddlers coming from more than 10 countries started together into the first blocked rapid: an incredible spectacle from outside! The local Daniel Klotzner managed to be the fastest, followed by the 3-time winner Michele Ramazza. 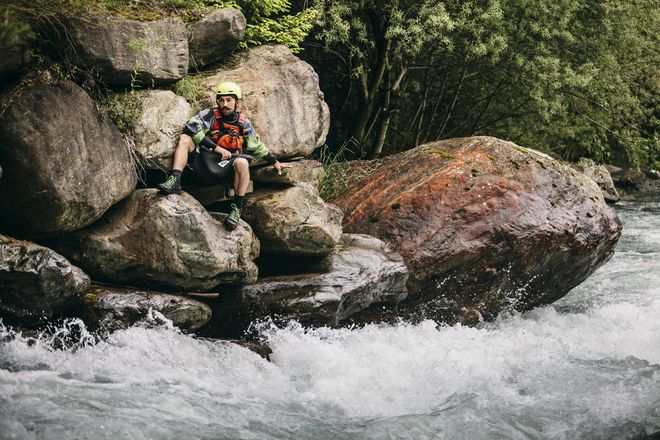 After two head-to-head rounds on the final section, the best six paddles get to the big final: Egor Voskoboynikov (RUS), Sam Sutton (NZL), Daniel Haller (ITA), Michele Ramazza (ITA), Daniel Klotner (ITA) and Momo Castillo (CHI). Egor was the fastest, and so took home the European Champion title, followed by Daniel, Sam and Michele within 2 seconds. Therefore, Daniel get enough points to win the overall and get crowned King of the Alps 2015! 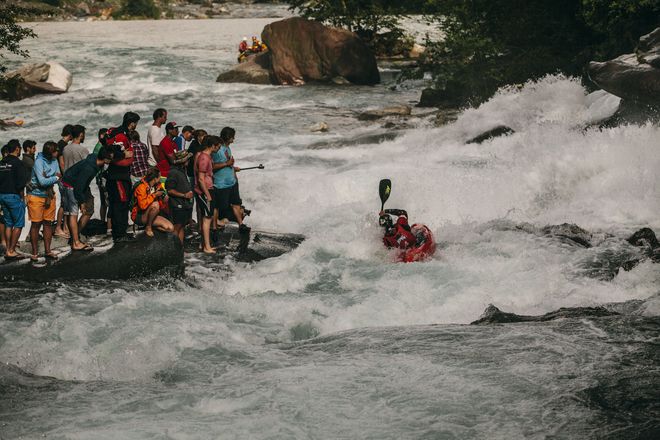 Within the women, Pavlina Zasterova (CZE) became the new Queen of the Alps followed by Caroline Goodall (UK) and Angela Prendin (ITA). For the second time we also had a junior category, this time won by the local slalomist Martin Unterthurner (16) followed by Andi Brunner (AUT, 17) and Roman Glasman (GER, 17). 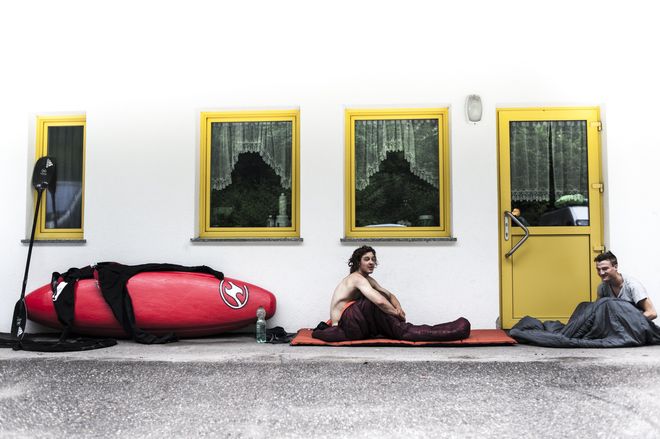 hangover - a typical morning at KA:)

All in all, the format with the marathon and the extreme race proved to be a winning decision, attracting, year after year, the attention of more and more world-class paddlers, stocked about the race and the possibility to run the mighty Passer gorge!  See you next year! 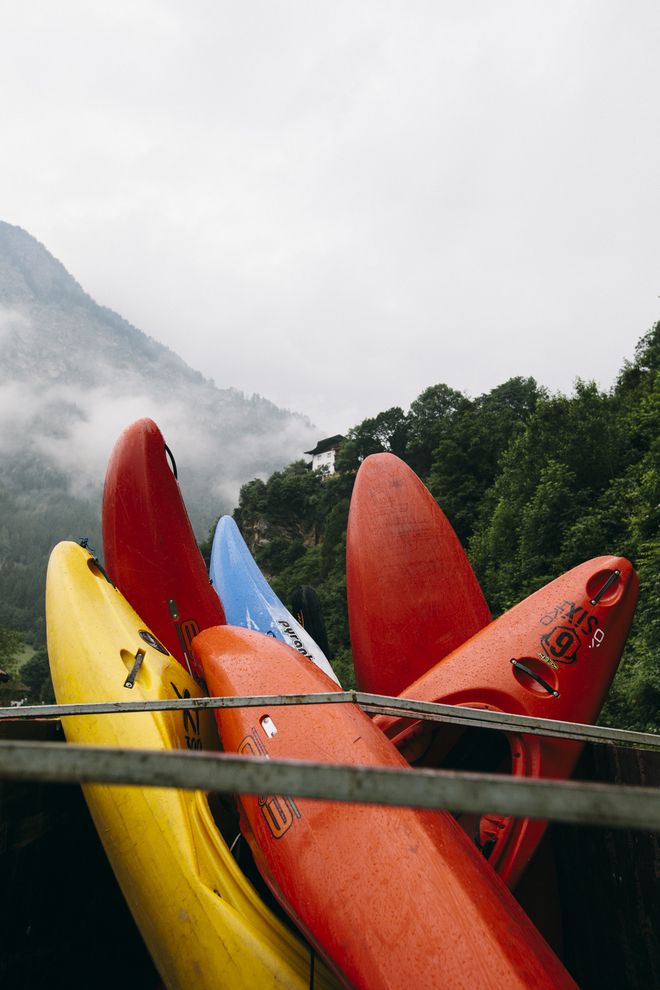