King of the Alps: The Ultimate Whitewater Event is Back

The King of the Alps (KOA) held on the Italian Tyrol is back and after four successfully editions, this race now also became the Extreme kayak European championship. This three days event that starts already on Friday, 12th of June, 2015, takes place in Merano, a wonderful city in the north of Italy. Every year, paddlers from all over the world come to challenge each other for the titles of King and Queen of the Alps not only on the river but also onshore; the movie night on Friday and a huge party with rivers of beer is the favorite part of every paddler at KOA. It's much more than just extreme whitewater and races. So mark your calendars and head to Italy, it's going to be another epic year!
29. 5. 2015 Comments: 0

The King of the Alps is an extreme kayak race that tests technical skills, stamina, endurance and speed, taking place on the white waters of the Passirio River where canoeists will once again be battling the waves and the force of the river. Paddles will clash on the water to see who will be crowned king and Queen of the Alps, and of course, the European Champion. "We are very proud and content, that in only a few years, we have managed to make our mark in the kayaking world by becoming an important event on the international circuit", says Luca Daprá, the event organizer 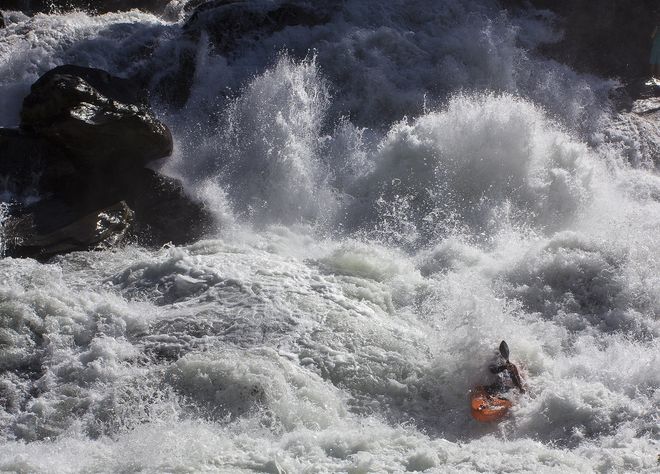 At the beginning the race was a mass start marathon (same as now) followed by a boater cross for the best 32 on a nice class IV boulder garden section, the former slalom course for the yearly ICF competition. The very first King of the Alps managed to attract 50 athletes from 6 different nations, including the "kiwi" 3 time world champion Sam Sutton and his brother Jamie. 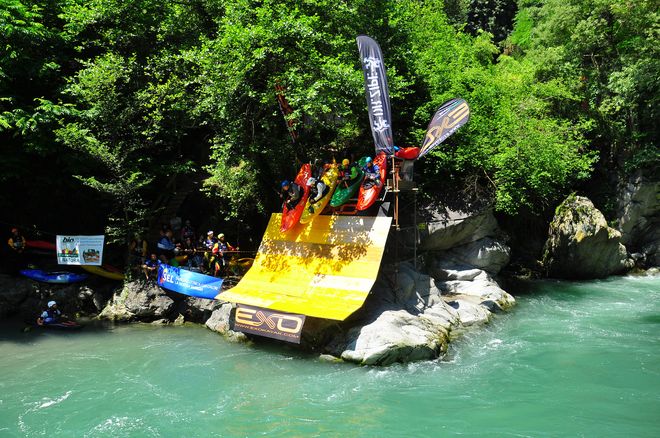 After one year, the athlete’s number increased a little bit with over 60 athletes from 10 different nations pulling in competitors from as far as Chile and Russia. In 2014 due to demand, for the first time a junior’s category was added. The final course also changed in order to fit a more “extreme” paddler demand. Indeed the new final course has moved 20km upstream, ate the put in of the mighty Passer Gorge (V-X). Just above the dam, the river become extreme steep and small! 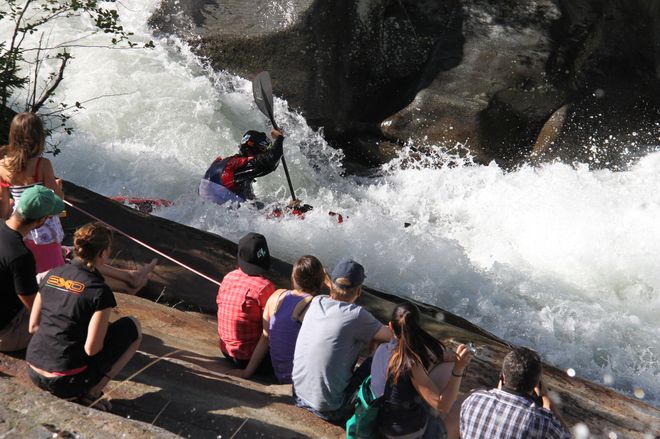 "We call this "The Intimidator". It is a 300-meter long section, which offers the ultimate in whitewater action: drops, slides, big waves, holes...and no eddies! The start is above a 3m weir after which the steepest part follows. To complete the scenario after the last slide a tributary comes in with about 10 cumecs dropping form a huge slide! ", explains Luca.

The first part consists of a 6,5km marathon, starting with a multi-line class IV at Quellenhof and finishing at Riffiano. It is the longest extreme kayak race in Europe, and really tests the Athletes River reading ability, stamina and endurance. Only the 16 fastest from the marathon can go through to the final. The second part is the final, a much shorter, faster and more technical part of the Passirio River. This section is situated at the town of Moos directly opposite the Enerpass hydroelectric station where the Passirio meets the mighty falls of Stieber. The finalists then have a head to head time trials on one of the most difficult extreme kayak courses. For this reason, "King of the Alps" is attracting more and more athletes from around the world. Even the athletes that miss the top 16 places can still be right next to the action on the final section, with ample viewing spots from both sides of the river. If you think this might be too hardcore for you, Luca and the crew have a solution, "we know that not everybody is able to paddle the final section, whether you don't made it or because it is too hardcore. Therefore, we organized every year an open race where everybody, except the one who made it till the big final (best 4), can compete. Here you do not need to be a fast paddler! In the years, we passed from a kayaking-running competition to a “street-kayaking” one, and for 2015 we are looking forward to propose again something new." 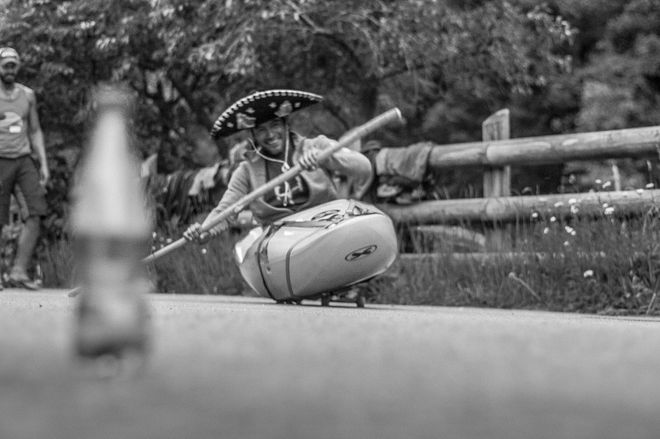 Merano is one of the most varied and touristically noted regions in the Alps. Situated at the foot of numerous 3000 peaks, Merano is renowned for its warm climate and unique vegetation. The place offers a vast majority of recreational activities, with a huge scope to provide specifically to the outdoors. In every local valley you will find a torrent of water which can provide the perfect ambience for those who are passionate about water sports. It is also an area which is already well known for hosting many events, with a wide spectrum of variety. 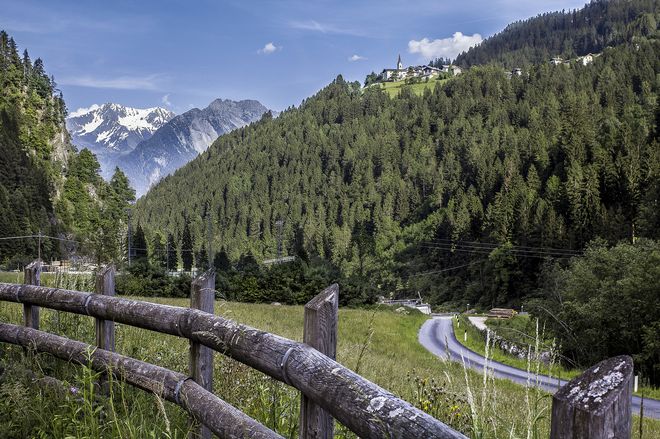 Kayakers will have the opportunity to participate at kayak courses to improve the technique and at guided tours where a “local” will share his endless amount of river knowledge and experience with you. Of course not everyone has to be a kayaker for a river descent. With a rafting tour down the marathon section you will get a taste about it, have a lot of fun and the best: you can share it with your friends! People, who like it less wet, can enjoy the sports at the movie night with a beer. And last but not least a party king and queen is always needed! "Luckily we live in a wonderful region, with an amazing nature and nice river to be paddled. The Passirio, our home river, offers numerous sections with a huge character variety. Starting from the top there is the pushy final section, followed by the technical gorge (V). After it, a technical forest gorge (III-IV) will follow. From here (village of S. Leonardo), you have about 30km of class III-IV including the marathon section. Just before the city of Merano the river get steep and narrow again, and offer you a 300m class V rapid. From here a nice boulder garden conduct you to the confluence with the Adige. 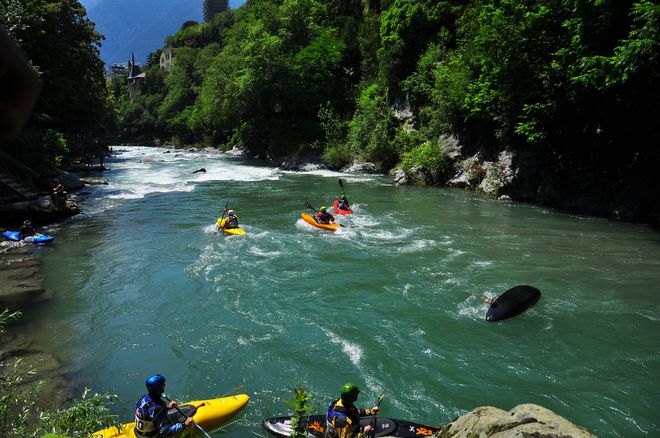 Of course, it is not the only creek in our backyard. The other river close to Merano is the Adige, which offer some incredible big water runs (III-IV) as well as easy class II sections. Another big volume river west of our town is the Noce, just few km from Merano over the Palade pass. Driving on east from Merano you can find numerous class III to V runs, just to name few the Aurino, the Rienza and the Isarco. Going north of our place, less than an hour from the event place, you will land in the mighty Otz Valley, theater of the Adidas Sickline", sums up Luca.

For more info on the event check out the KOA website