Race of the Year: Muskoka River X is a Nonstop Paddling through Punnishing Condition

After receiving much recognition in its first year and pushing teams to their limits in its second, the world’s longest single day expedition paddling race is back in 2015. The Algonquin Outfitter Muskoka River X is not your traditional marathon-paddling event. It is designed around the spirit of early Canadian explores and follows their original paddling routes as they made their way into the Muskoka and Algonquin regions of central Ontario, Canada. The MRX is completely self-supported and teams paddle tripping canoes, kayaks, and stand-up paddleboards while carrying full kits of expedition gear. That’s right, no outside assistance, no support teams and no re-supplies - teams even have to make their own drinking water. Check it out, this Fall, September 10-13, 2015, Muskoka, Ontario, Canada.
8. 9. 2015 Comments: 0

During the MRX Classic course, teams paddle two rivers systems, three lakes and 20 portages for a total of 130km in less than 24 hours.  For 2015, the River X Crew has added an expansion course: Building on the heritage of the canal expeditions of the 1800’s, the Courier de Bois will challenge even the most experienced expedition and marathon paddlers as they travel the wilderness back-country routes used by these early explorers and traverse Algonquin Park.  After an overnight layover and using only the supplies that are carried with them, teams will then merge with the MRX Classic on Lake of Bays during day two.  All teams will then complete all four stages of the MRX Classic before returning to Huntsville.   Covering 220km and negotiating 37 wilderness portages the Courier de Bois promises to be one of the ultimate expedition paddling races in the world. 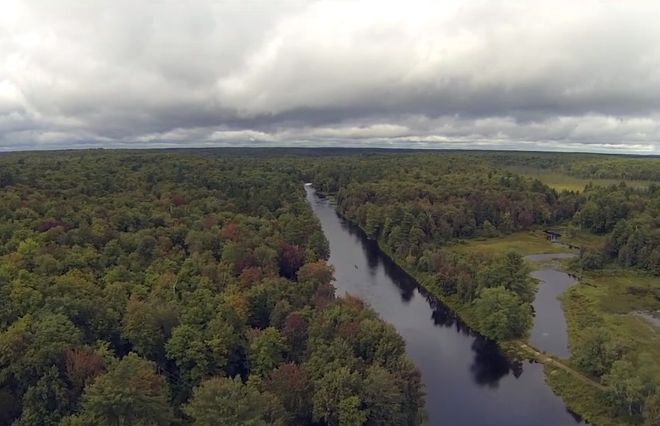 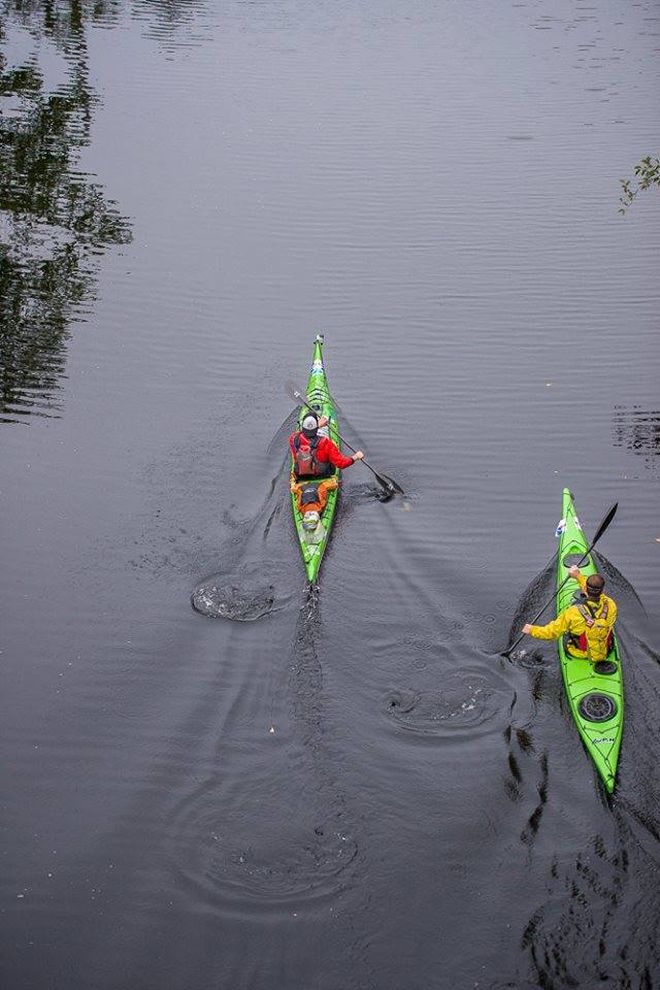 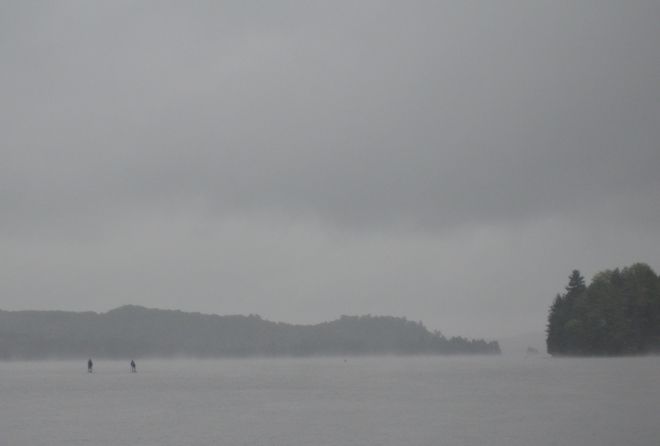 Paddlers vs. Mother Nature. The conditions last year were near freezing, with pounding rain and wind - any blurriness of the photo is actually the result of intense rain. Photo: © Mat Coles

With 3 weeks to go before race weekend 88 teams from as far away as Hawaii, Austria, the United States and the far corners of Canada have registered for race; 20 of these will attempt the Coureur des Bois.  2015 will be an exciting year as top-ranked marathon canoe teams are seeking to challenge the current MRX Classic course record of 13 hours and 17 minutes.  Bart de Zwart, four time winner of the SUP-11 City Tour, a 220km 5-day SUP stage race held annually in the Netherlands is also back for a second time.  After making a easy go of the Classic, Bart, consider by some as one of the best ultra distance SUP paddlers in the world is making a run at the Coureur des Bois.  Along with a larger fleet of tandem canoes, solo canoes and kayaks, Bart will be challenged by two Ontario SUP paddlers who are making their mark as ultra distance SUP racing here in the province.  2015 will definitely be exciting as we see how these SUP marathon paddlers handle the challenging backcountry conditions found within the interior of Algonquin Park; typically the domain of canoes. Catch all the action by following teams’ progress on the GPS-enabled TrackLeader real-time map that show the current positions and placing  of all teams throughout the two days of racing, available at www.muskokariverx.com. 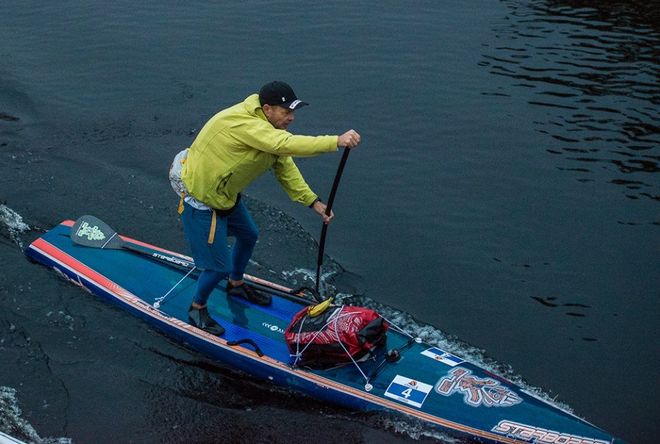 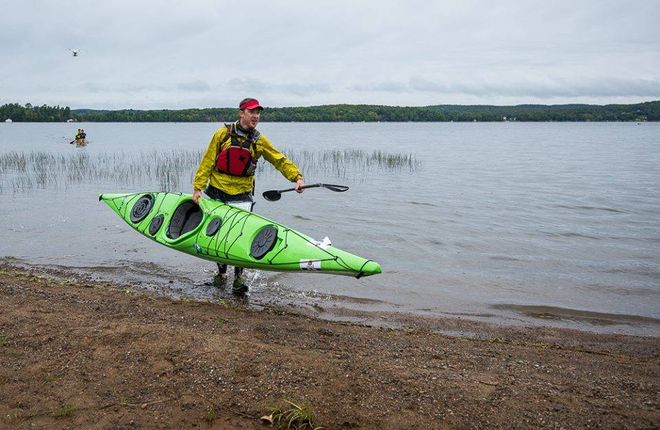 In only two short years, the Algonquin Outfitter Muskoka River X has already been voted 2014 Race of the Year by the Ontario Marathon Canoe and Kayak Racing Association, is considered by some the “Hardest One Day Canoe Race in the World”, was voted one of the Best Paddling Events in Canada and one of the top ultra distance paddling events in North America, and was recognized as one of Canada’s 25 Ultimate Summer Adventures.  If you want to make your own conclusion, experience the River X by watching a mini-documentary belwo, produced by Pure Muskoka and short listed for the Reel Paddling International Film Festival. 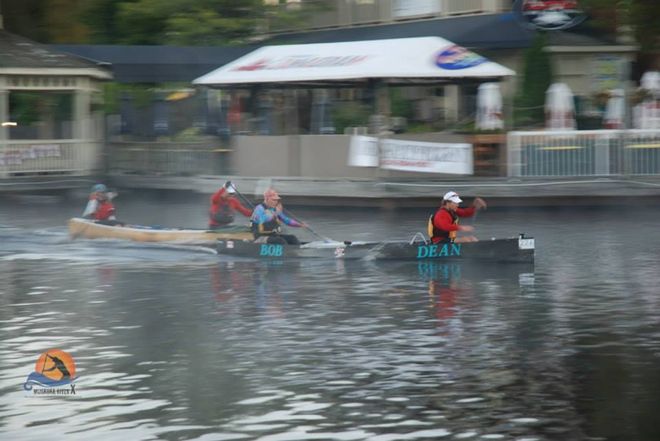 The "Bob and Dean" boat won the race in just over 14 hours.  The shot shows just how fast these canoes are moving.  Bob, also known as Coach Bob, was 72 years old at the time and schooled the whole fleet showing that age isn't a deterrent to winning.  He is coming back for the Coureur this year with another partner.  His son, Mike was part of the team that set the current course record last year. Photo: © Bill Lanning