In the Footsteps of Christopher Columbus: Nicolas Jarossay to SUP Atlantic Ocean

Christopher Columbus, Alain Bombard, Gérard d'Aboville, Guy Delage all done it and now Nicolas Jarossay, the French firefighter from Carro, can join the ranks of those notable personas, who all in their own times and styles navigated the Atlantic Ocean. Nicolas has set quite a goal for himself. In January 2016, he wants to be the first man who crosses the Atlantic Ocean on a custom built Stand Up Paddle board. He expect to spend 55-75 days at sea as he paddles towards the Americas, covering 4691 km (2915 miles) of open water; alone, unsupported. So who's exactly this Frenchman, who decided 3 years ago to cross the world's second largest ocean on a SUP? Find out.
3. 12. 2015 Comments: 0

From an early age, Nicolas has always had a passion for sport and water. Although he was raised far from the coast, he got soon very attracted by the sea while in the Navy. But it was only in 2009 when Nicolas, now 38, discovers SUP to become his passion, a balance in life. Having discovered windsurfing at the age of 13, it wasn't a problem to quickly adapt to the paddle board that also gives Nicolas something more than windsurfing; it is the stamina and endurance he needs to utilize here that he got attracted by. 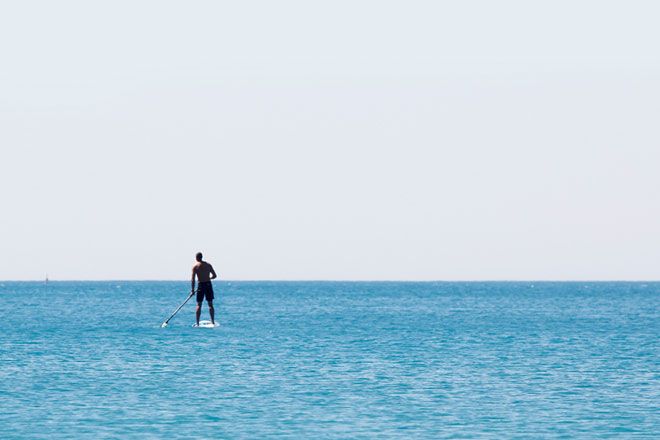 That and the love for exploring the sea is what catalyze first offshore adventures; in 2010, Nicolas descended the Rhone River with two friends between the city of Lyon and his hometown Carro in three and a half days. In 2011, he beat the 24 hour SUP world record (151 kms), a record which was recently broken not too long ago. He also crossed Lake Geneva in Switzerland this winter in under 13 hours. It is more than obvious that Nicolas has a big appeal for great distances as he's fascinated and influenced by solo adventurers of the 80's; Florence Arthaud, Maud Fontenoy, Gérard d'Aboville to name but a few. Instantly for Nicolas, the Stand Up Paddle becomes that missing puzzle piece to fulfill his childhood dreams; crossing the Atlantic unsupported, setting out for a journey of a lifetime. 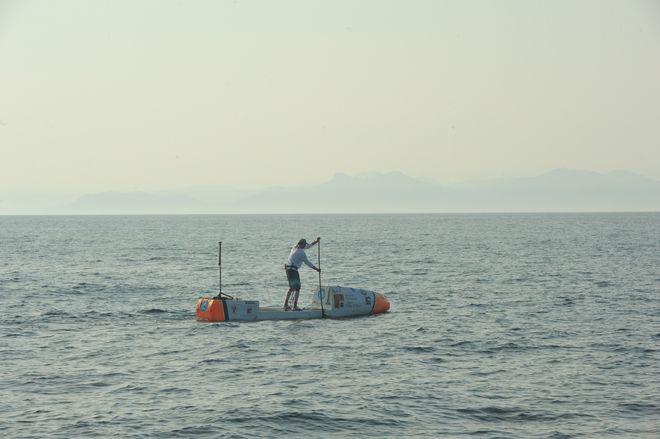 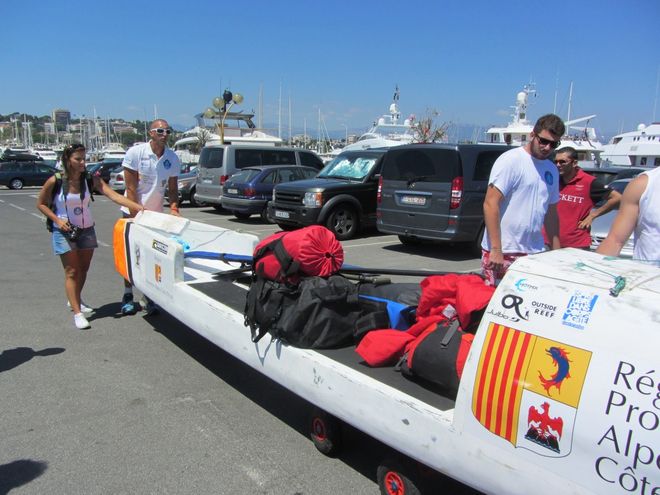 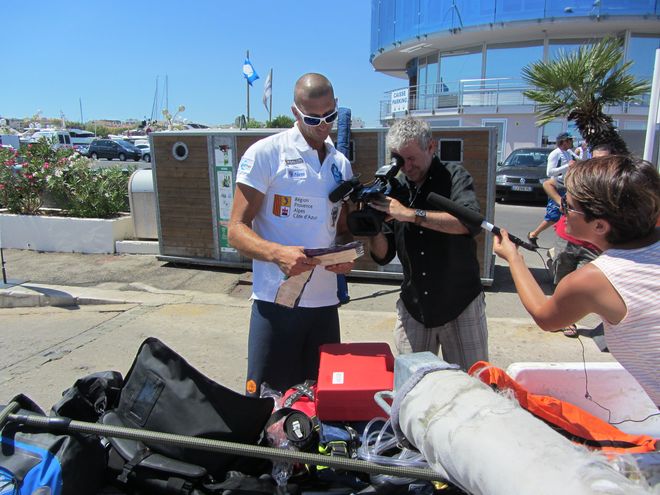 One thing led to another and Nicolas soon found himself in full swing, preparing for the very first SUP transatlantic crossings. It takes for over two years and Nicolas believes he's ready. Every thought and every detail has been thoroughly planned out to give the attempt the maximum chance of success.

"I can spend hours on the water; it is a kind of meditation.  I realize that I no longer think of anything, not even the movements that I have to perform to row."

To perform such a voyage, a specially designed 21-foot long SUP board must have been created to sail and endure the nearly 5000 km distance. And to test it, Nicolas took it to the Mediterranean in July to a port-to-port crossing in Provence-Alpes-Côte d'Azur, a region in southeastern France bordering Italy and the Mediterranean that is mainly famous for its rolling vineyards, olive groves, pine forests and lavender fields. Nicolas's custom SUP board features a host of high tech gadgets to help with the crossing, including GPS navigation, emergency beacons, radios, and a water purification system that is capable of producing 3.5 liters of fresh water per hour. But that's not all; to survive two-and-a-half months at sea, the board also includes a storage compartment for food and an emergency "space" providing Nicolas a shelter when weather turns bad. And you know what they say, "if something can go wrong, it likely will". Although Nicolas will be paddling alone the whole time without a rescue boat behind his back, he will have one advantage over the Mother Nature; his friend Patrick Favre will be his guide, his eyes, indicating the weather and course to steer via satellite phone. 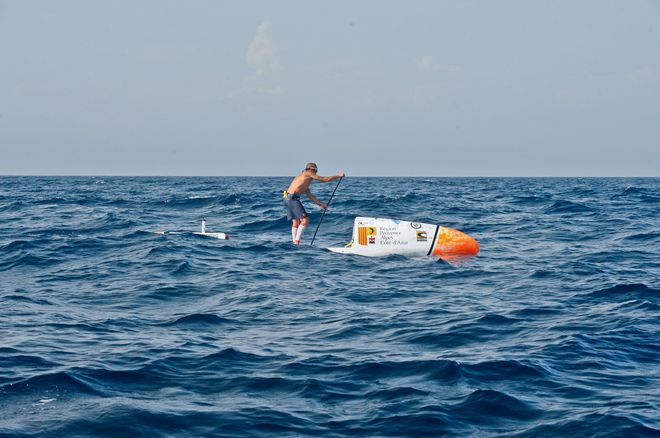 Nicolas aims to share his story with schools and marine environmentalists to help to raise awareness of the sustainable coastal management issues, renewable energy, physics and chemistry of the water, the stories of continents and explorers, weather events and climate changes, ecosystems and marine biodiversity and so on through Sea Education Network and its associations such as "Listen to your planet" and other educational programs. Nicolas got also Septentrion Environment, a marine biology association on board. The association had already been a partner of the Bouvet Guyane Solo Atlantic Rowing Race from 2011. During their course an observational physalie protocol was established. This is the same protocol that Nicolas Jarossay will be using at his crossing. Standing on his paddle board, the data he collects will probably be even more appropriate. 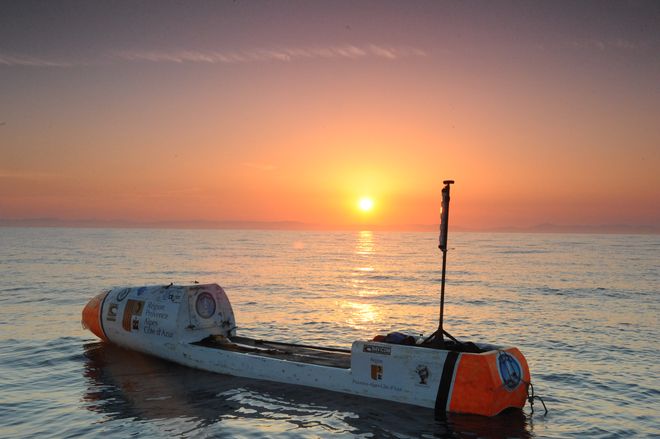 Well, it will be interesting how things go for Nicolas once alone on the open sea. Tropical storms are less common during that time of year when he'll be crossing the ocean, but they can happen so fingers crossed. Stay tuned for more!