After five days of intense competition at la Punta Uno, Team Brazil claimed the Team Gold Medal at the 2015 Iquique Para Todos ISA World Bodyboard Championship. Trailing Team Chile heading into the Final Day, Brazil was able to seize first place behind a strong team performance headed by Eder Luciano’s Gold Medal. Not only did the event proved to give some competitors an edge in the Finals, as four of the five champions were past ISA Gold Medalists but made friendships, progressed the sport of Bodyboard and united the international Bodyboard community.
20. 12. 2015 Comments: 0 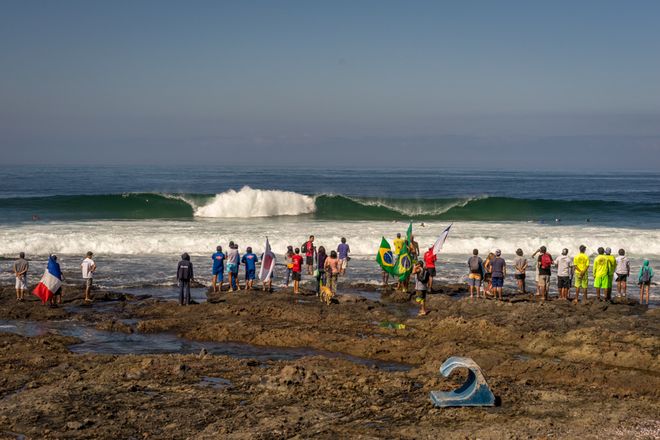 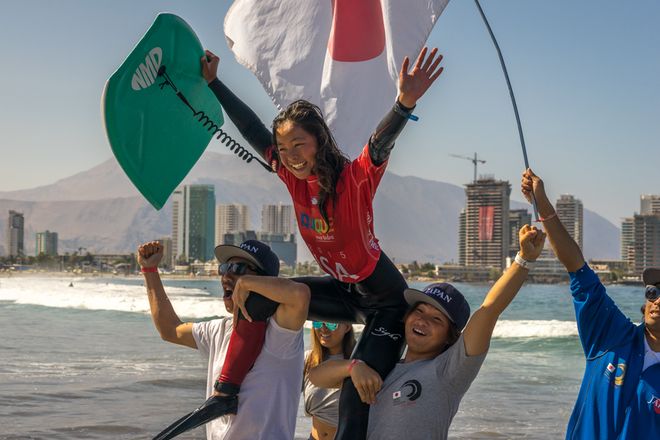 “I am so happy to win the Gold Medal. When I was a little girl in Japan I saw Bodyboard for the first time and wanted to try it. I trained hard and now I have won my second ISA World Championship,” said Japan’s Shiori Okazawa after coming victorious in the U-18 Girls. 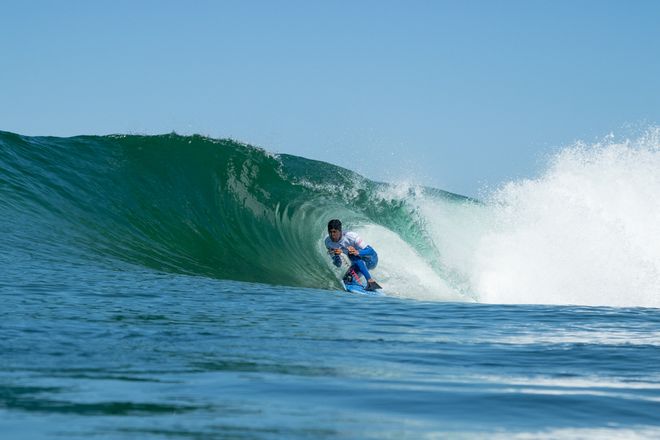 Venezuela’s Luis Rodriguez tucks in to a barrel during the Dropknee Grand Final. Photo: © ISA/Pablo Jimenez

“I knew that I could win because I have a team that gives me great vibes every day. I have trained for a year and now I won my second ISA Gold Medal,” said Venezuela’s Luis Rodriguez competing in the Dropknee category. “It means a lot for my country of Venezuela because only half of my team was able to come here. It was hard for us to get to where we are.” 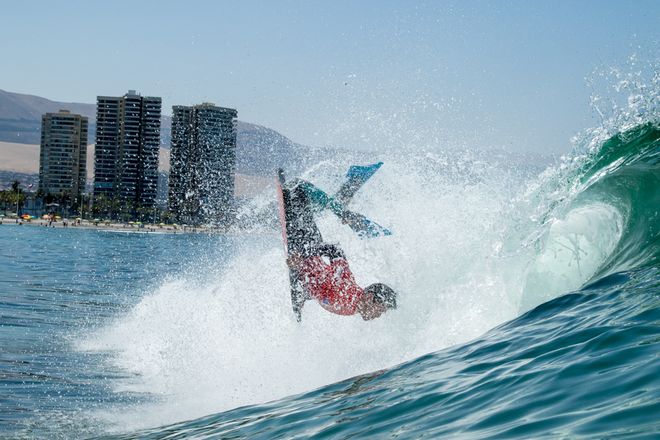 “I am very happy to have beaten tremendous international athletes,” said the reigning champion and Iquique local Yoshua Toledo, the U-18 Boys winner. “I can’t believe that I won for the second year in a row and I am thankful for the opportunity to wear the Chilean Red. I am proud of my country and my city of Iquique. I would also like to point out the amazing support that has allowed Bodyboarding to continue to be strong in this beautiful country.” Anne Cécile Lacoste was the only Gold Medalist who had never stood atop an ISA podium, looking to start a legacy of her own. Photo: © ISA/Pablo Jimenez

Anne Cécile Lacoste defeated the Silver Medalist and past ISA World Champion, Brazil’s Neymara Carvalho, to become the sole first-time individual Gold Medalist of the day. “This is a feeling that I’ve never felt,” exclaimed Lacoste. “It’s an honor for me to win this title for all the supporters that I have in France. I am very proud of my country and my team who are here with me. I could not have done it without them.”

The Final Day of competition culminated with the Open Men Final. Brazil’s Eder Luciano, the 2012 and 2013 Open Men Gold Medalist, came out on top and was crowned an ISA World Champion for the third time in his career. In a Final where set waves were scarce, wave selection was crucial and Luciano’s ISA World Championship experience propelled him to the top of the podium. The Final was rounded out by Chile’s Alan Muñoz, with the Silver Medal, Peru’s Miguel Rodriguez, with the Bronze Medal and Iquique’s own, Matías Díaz, with the Copper Medal. 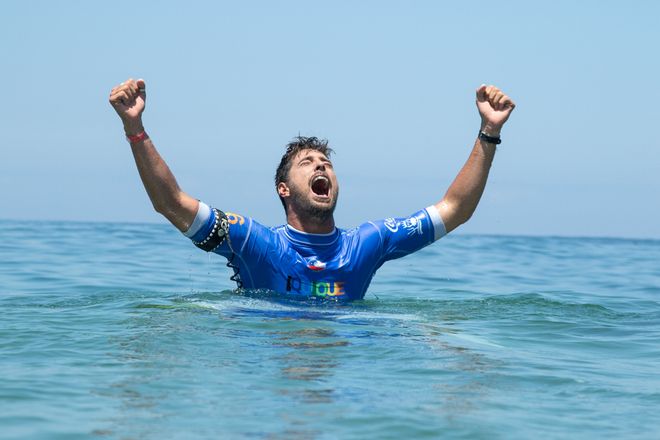 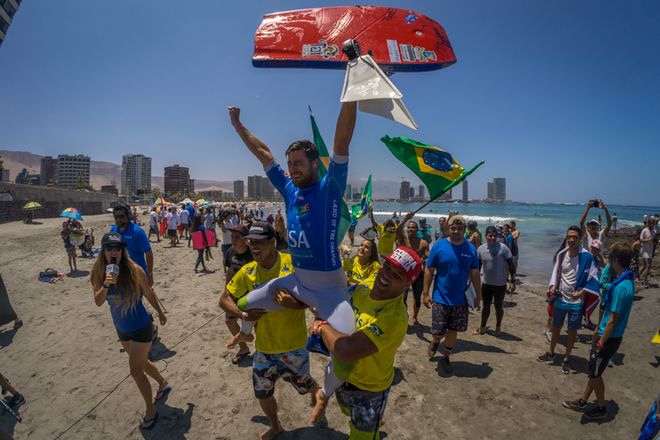 “I have no words to explain what I am feeling now,” said Luciano. “It’s my third ISA World Title and I am really happy. I trained hard this year and this has been my best result. This world title is very important for Brazil because we live for Bodyboarding. This is for all of Brazil and my city. We are going to celebrate this victory.”