As predicted, this really was a photographer's dream event. In glorious sunshine, the World Water Ski Show Tournament yet again delivered a breathtaking kaleidoscope of colour, extraordinary skills and high-level competition. The biennial event this year attracted teams of up to 35 athletes each from Australia, Belgium, Canada, China and USA. It was no surprise that Wisconsin’s Rock Aqua Jays Stadium in Wisconsin USA was packed to capacity on this beautiful setting.
17. 9. 2014 Comments: 0 Photos: 11

Saturday’s Round One was very different from Sunday’s Final. In chilly 5C / 41F sunshine, while defending champions Team USA with 35 athletes gave every indication of holding on to their 2012 World title, China and Australia also delivered outstanding and colorful performances. Although China had the smaller team, the combinations of Pyramids, Doubles, Ballet, Swivel, Barefoot and Jump, plus great choreography, indicated that they could both take podium places this year. China’s beautiful costumes added an exotic flavor to their challenge. The officials from Australia, Belgium and USA, under the guidance of chief judge Jeff Henke (USA), would have to score at total of 1,200 rides over the weekend before the final medal results would emerge. 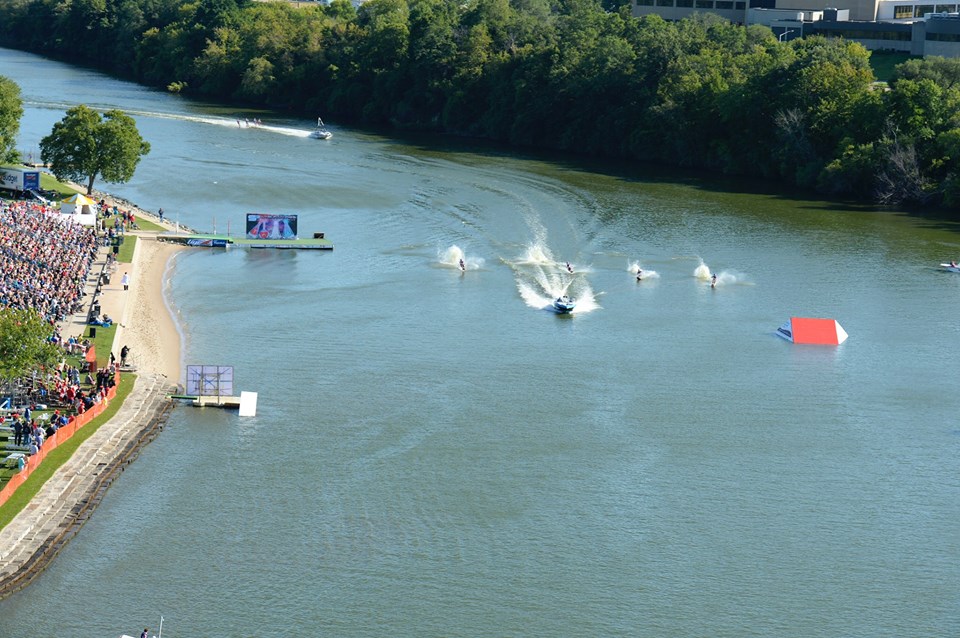 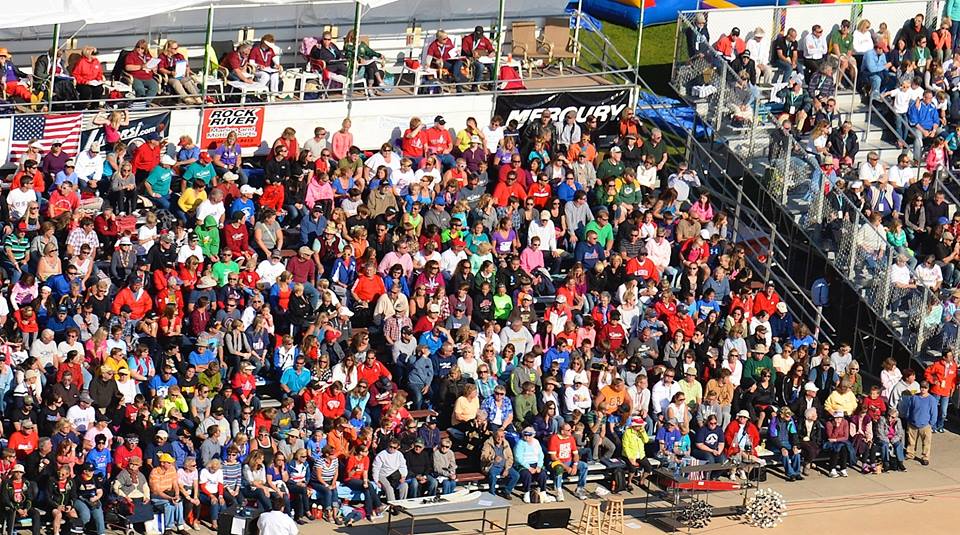 Scoring top-level international Show Ski events is quite a challenge. The judges award points for Sound Crew, Audio Presentation, Towboat Driving, Pickup Boat Crew, Showmanship and Overall Show Quality. Each team is allotted just 90 minutes to complete their total setup, full performance on the water and equipment removal to leave a perfect setting for the next team. Time penalties are taken seriously. 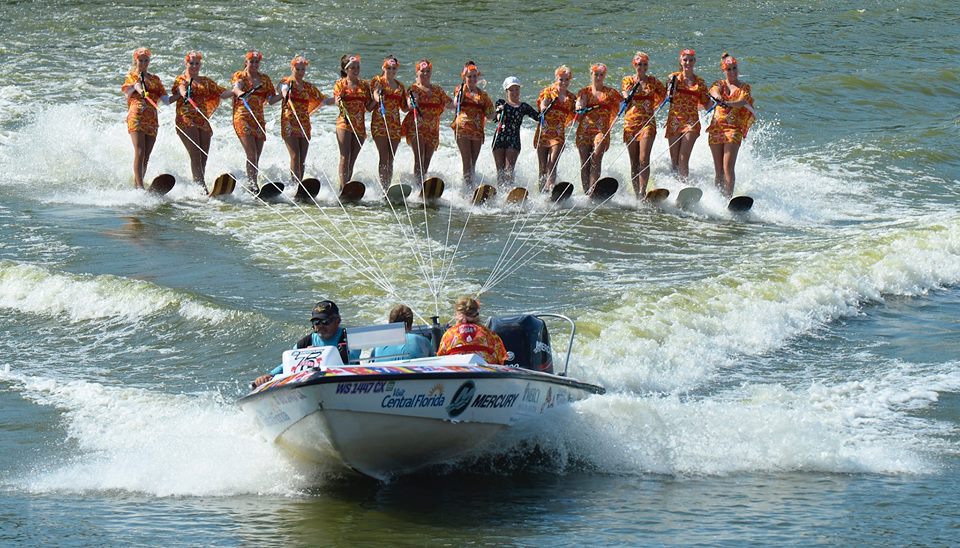 Sunday was perfect with standing room only at RAJ Stadium. Warm sunshine and flat water ensured great performances were on the way. With USA in the lead from Round One, Australia and China emerged as the strongest challengers at that point. As ever, Tournament Director Duane Snow (USA) got Team Belgium on the water at exactly 09.00hrs EST. Over 50,000 Webcast viewers around the world tuned in to Mark Jackson’s live coverage. Belgium’s commentator Lagae immediately got the grandstands laughing as we watched the extraordinary performances unroll. 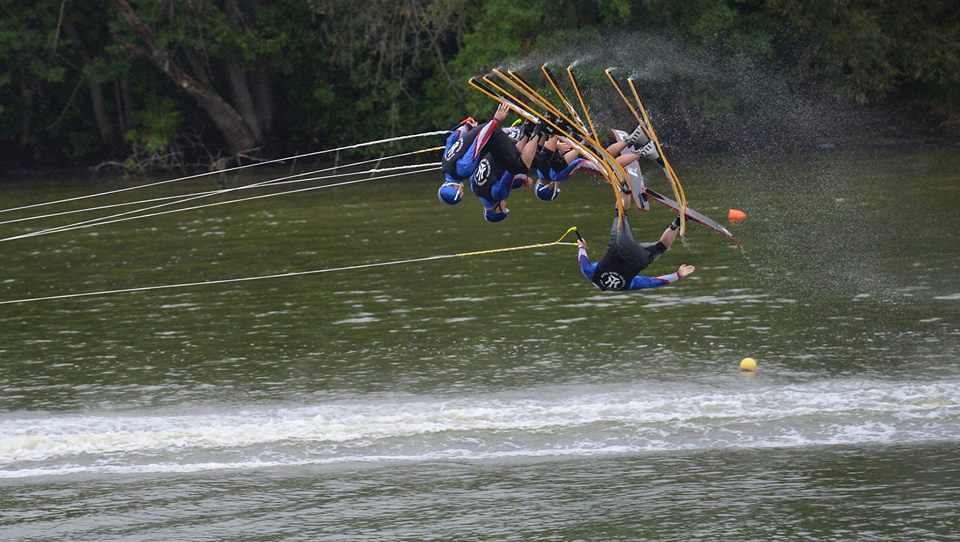 Canada, in fourth place from Saturday, pulled out all the stops and quickly took the lead from Belgium. China followed but were not able outperform Team Canada in spite of a very impressive presentation as they unraveled a giant national flag on the water.  With Canada now in the lead, that just left Australia and USA. Team Australia responded perfectly with their 24 skier four-high Pyramid to take the lead from Canada. Now it was down to the defending champions Team USA. Their 35 member team showed real strength in Jump, Swivel and Barefoot but it was their four high 22 skier Pyramid which really got the spectators roaring approval. On the day, Team USA did the business. In taking the gold medal for the second time, ahead of Australia and Canada, the home team deserved full honors for what really was a magnificent display. 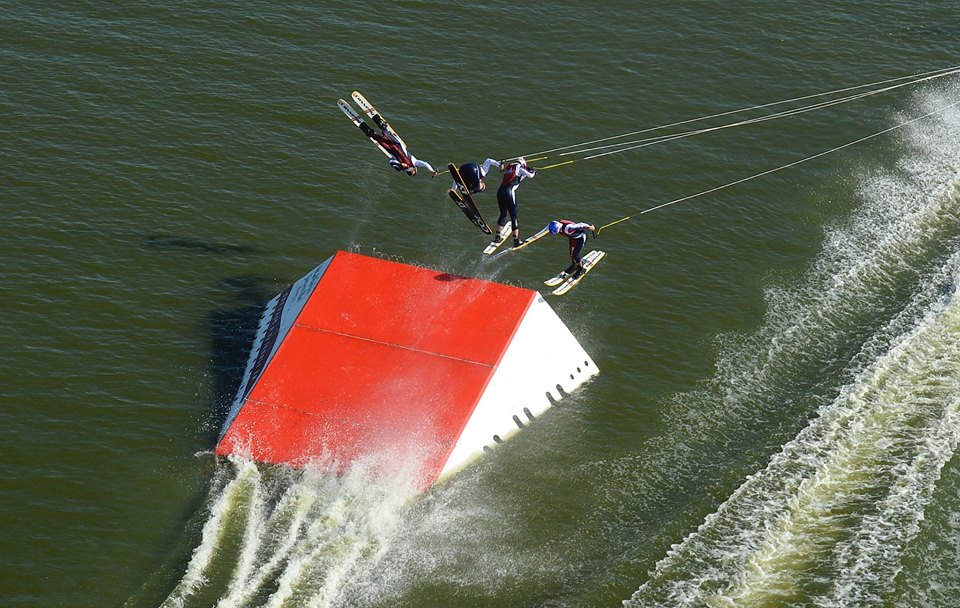 Wherever the 2016 Show Ski World Tournament takes place, it is not to be missed. As a perfect display of athletic skill, pageantry and sheer family entertainment, it is truly unique. After all, all agreed that Wisconsin’s Rock Aqua Jay Stadium has set an extremely high standard as a perfect venue. 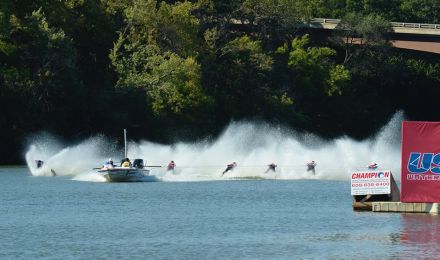