Most of the diving is off Tobago and its nearby offshore islands, with plenty of fantastic dive sites and amazing underwater scenery. The local marine life boasts a vast array of marine species and some say it's comparable to Australia's Great Barrier Reef. And they are right about that; clear, warm waters full of untouched reefs and walls, abundant marine life and large corals (the world's largest known brain coral lies here) offer world-class diving possibility with underwater visibility sometimes more than 100ft (30m). Swept along by the strong Guyana currents, the local waters support also the giant manta rays, one of the main attractions here. It is no exaggeration to say that this place offers one of the best dive spots in the whole Caribbean.
5. 11. 2015 Comments: 0

Tobago excellent dive sites owe their reputation to the local hills that fall steeply into the sea to form cliffs, sheer walls and canyons that shape into underwater tunnels and caves to explore. Another reason why Tobago ranks amongst the best dive destinations on the planet is the Guyana Current, fed by the Orinoco River, moving up the north eastern coast of South America, dividing around Trinidad and washing the land's south and east coasts. If you want to truly enjoy what local waters have to offer, you might want to check ERIC. ERIC stands for "Environmental Research Institute Charlotteville" and apart from their involvement with the natural environment they also run a small dive operation. ERIC is a not-for-profit field and research station that works with local communities to engage and build capacity, and foster pride and sustainable management of the natural resources of northeast Tobago. Located in a quiet fishing village on the shores of Man o’ War Bay, ERIC offers a highly personalized service to small groups of divers to both the iconic and less well known but equally rewarding dive sites in the region. As the centre for Reef Check Trinidad and Tobago, and the only operator of Reef Check EcoExpeditions in the Caribbean, ERIC is in the unique position of offering diving with staff, who are both marine biologists and scientists and PADI Instructors. And for that it's worth. 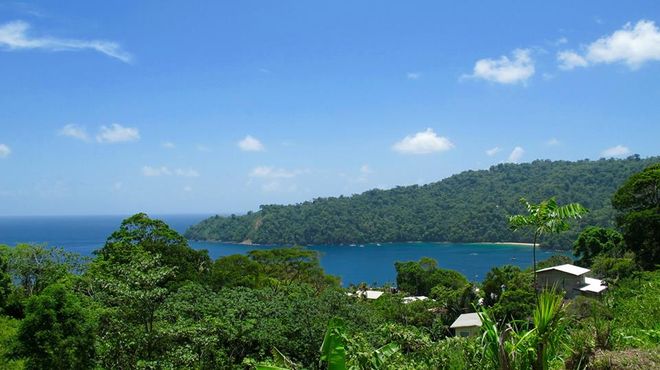 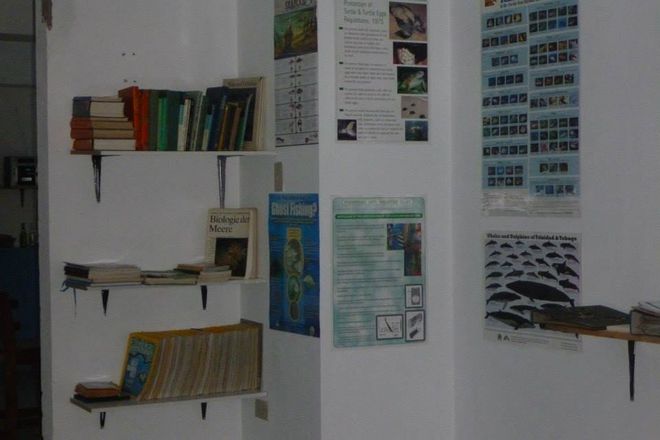 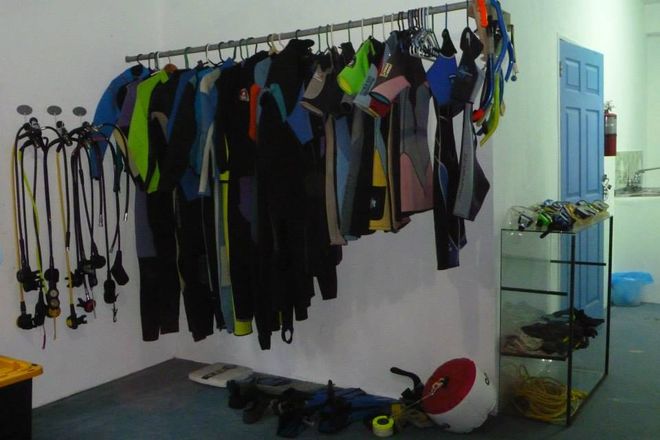 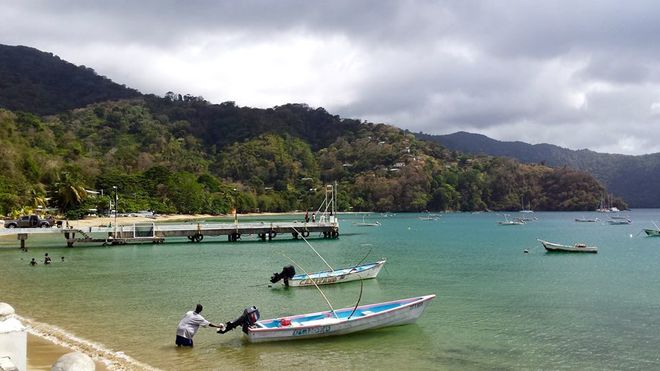 The warm, nutrient rich waters support an abundant marine life, with staggering range of hard and soft corals and their inhabitors. Apart from the manta rays, it is not unusual to spot eagle rays, nurse sharks, hawksbill and green turtles, tarpon, electric rays, or guitarfish, as well as teaming shoals of smaller fish such us butterfly fish, damsels, parrotfish, grunts and some rarer species. Average water temperature is around 74 F (24C) and visibility is generally around 60-80ft (18-24m), though sometimes as much as 120ft (36.5m). 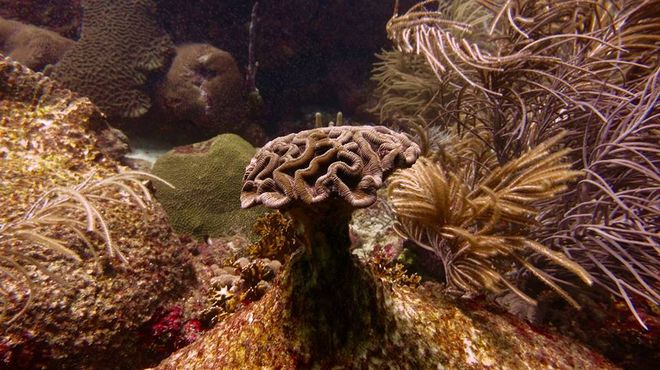 While the easiest and safest dive sites are to be found off the west coast where shallower reefs and absence of the strong currents suit novice divers generally better, the best spots are on the south and west coasts or on the north east coast from Speyside to Charlotteville, including the rocky offshore islands of Little Tobago and St Giles. 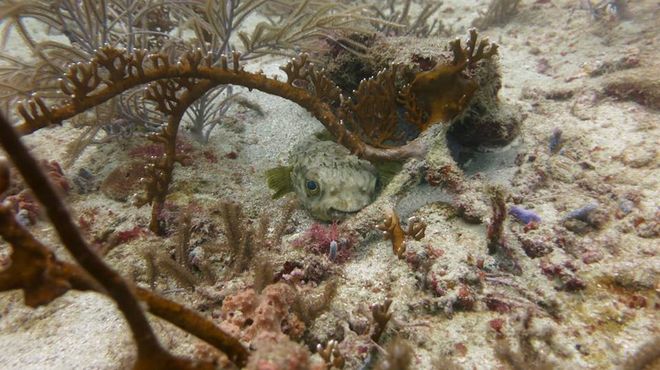 Heading to the north of the islands (and less than 30 minutes from the ERIC centre), where pinnacles rise out of deep water and the walls and drop-offs are covered in soft corals and sea fans provide a backdrop to the plankton-rich waters feeding schools of fish, a memorable dive site called the Sisters is to be found. Historically an aggregation site for hammerhead sharks, today’s chances of an encounter are less likely but you may still be in luck. In the northeast corner, where the Caribbean Sea and Atlantic Ocean mix around the island of St Giles, lie a number of dive sites including London Bridge. With active currents and drift conditions, clear waters and vibrant reefs, the dives here are exhilarating while surface intervals can be spent observing the Caribbean’s largest colony of magnificent frigate birds on St Giles. All in all, Tobago offers a broad spectrum of diving and the most fantastic drift diving imaginable. Many spots are accessible only by boat and diving from pirogues, the traditional island fishing boat, will make your stay even more memorable. With plenty of exploratory diving remaining on this relatively undiscovered coast of Tobago, where reef slopes, soft coral gardens and walls adorned with sea fans attract a great diversity of species, you will do no wrong travelling the extra distance to this Caribbean paradise.