Much has been written about Oahu's South Shore as it not only offers a spectrum of exciting diving experiences but mainly because diving here is accessible year round contrary to Northern and Western shores that experience high surf during winter months and thus are often not dive-able. If you want to experience slightly different diving in Oahu, the west side offers no less interesting and colorful dives than the rest of the coasts.
17. 12. 2015 Comments: 0

Shore dives and boat dives, night or day, the pristine waters of Hawaii come to life with colorful reef fish, coral beds, star fish, turtles, octopus, lobster, intricately designed shells, you name it, the third largest of the Hawaiian Islands has it all. Oahu is also the only place in Hawaii for wreck diving and shipwrecks like The Sea Tiger, Yo-257 or San Pedro have always drawn divers to whether for their historical relation to the Pacific War or beauty. 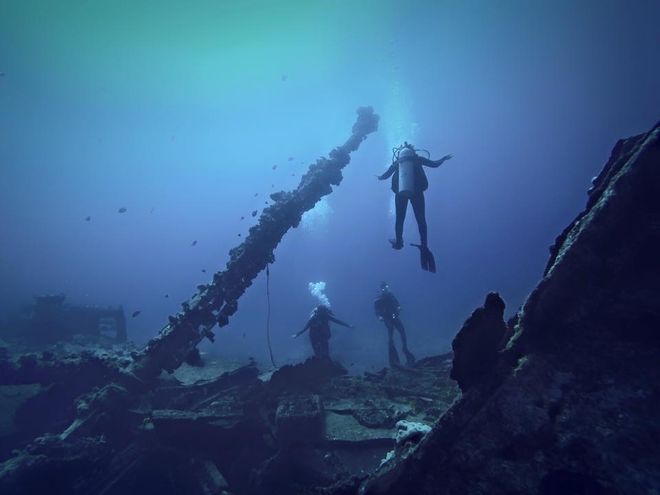 Some, on the other hand, do not relate to the Pacific War but that doesn't make them less interesting. In fact, they are fascinating all the same. Still, the Mahi shipwreck lying on the west side of the island is one of those spots people seldom get to go to. The spot features a 186-foot U.S. Navy vessel sunk in 1982 as an artificial reef on a sandy bottom at 90 feet.  In the past, the Mahi was voted by “Rodale’s Scuba Diving” as the fourth best wreck dive in the United States.  The vessel features three decks ranging from 58 to 78 feet in depth.  A group of spotted eagle rays are sometimes spotted swimming around the wreck.  The Mahi is located one mile from the Waianae Boat Harbor. 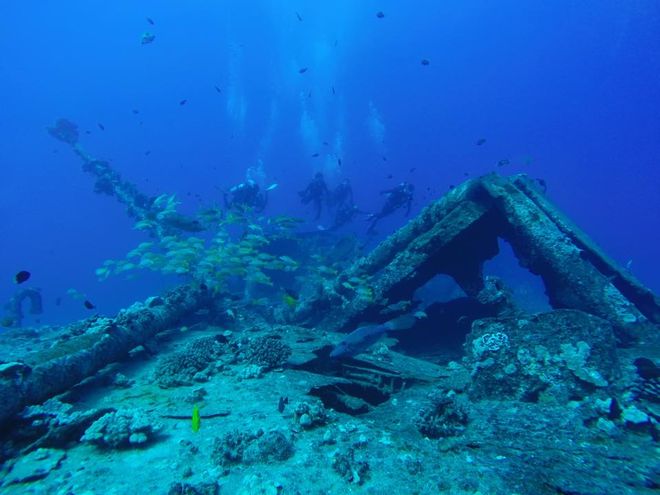 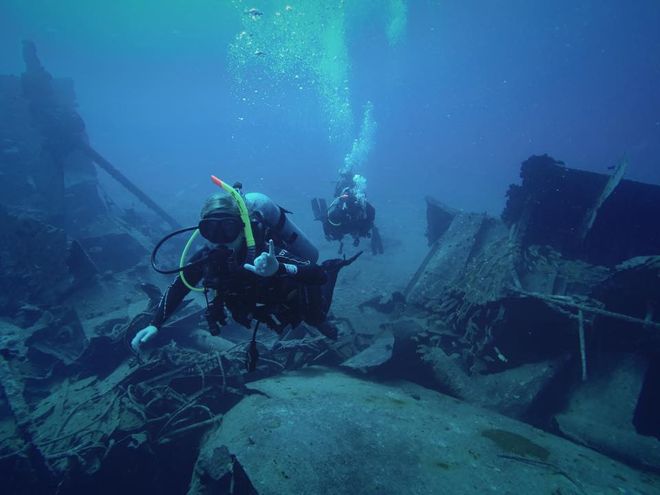 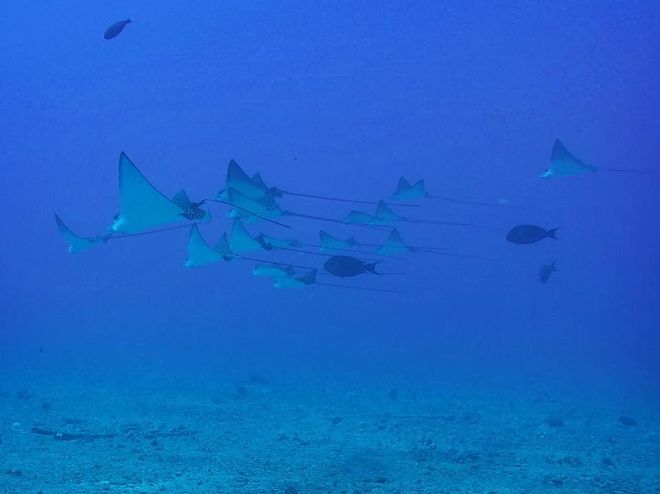 With more than 650 species of reef fish, Hawaii has more than 200 unique species found nowhere else in the world due to the development in isolation nearly 2,000 miles from the nearest continent or island reef habitats. This makes for pretty colorful diving with an abundance of marine life but if you had already explored this side of diving, the west coast might offer some new perspectives as it's most know for its unique topography. 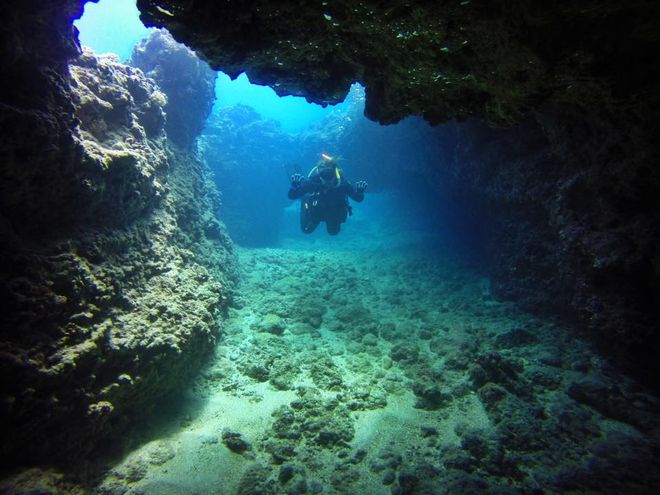 Makaha Caverns boasts some of the best examples of Hawaii’s unique lava topography with trenches, lava tubes, and caverns every way you look. Besides that, if you look closer, you will see huge sleeping turtles, several species of lobster, resting white tip reef sharks and more. The highlight of the dive is definitely the ambient light showing through the skylights in the tops of the caverns. 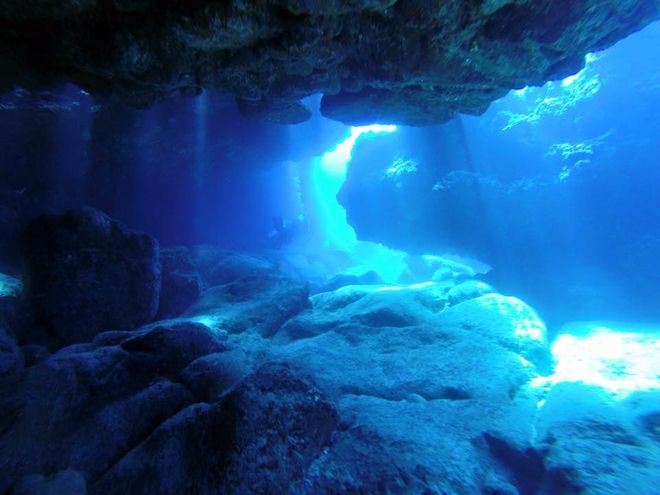 Another west side must dive - known locally as Keau Corners - is another great topography dive. Here you can drop through a vertical lava tube down to the bottom where you make your way to one of the most spacious caverns on the island. Everything from rare nudibranchs to the endangered Hawaiian Monk Seal can be found along the way. Diving on Oahu is easily accessible with great dive sites surrounding the island and there are many certified dive shops available to serve all levels of divers.  If you'd like to get most of your diving on the west side or any other side, Banzai Divers Hawaii might be a good tip. Not only they are divers themselves hence know your needs they are primarily environmentally conscious, using a simple approach to be as minimally invasive to our great blue world as possible. And that's what our blue planet needs now more than ever.