The easternmost part of the Belize Barrier Reef is home to a rare natural phenomenon, one of the most popular diving spots in the Caribbean, the Great Blue Hole. Not so completely hidden jewel inside the Lighthouse Reef, a coral atoll perched up out of the ocean, is easily recognizable when flying over by plane.
26. 2. 2018 Comments: 0

The reef is located about 90 kilometres (60 miles) southeast of Belize City and offers a remarkable underwater experience. It has became a notorious dive site for over 40 years since the legendary French discoverer and filmmaker Jacque Cousteau successfully explored the bottom of the abyss in his Calypso submarine in 1972. 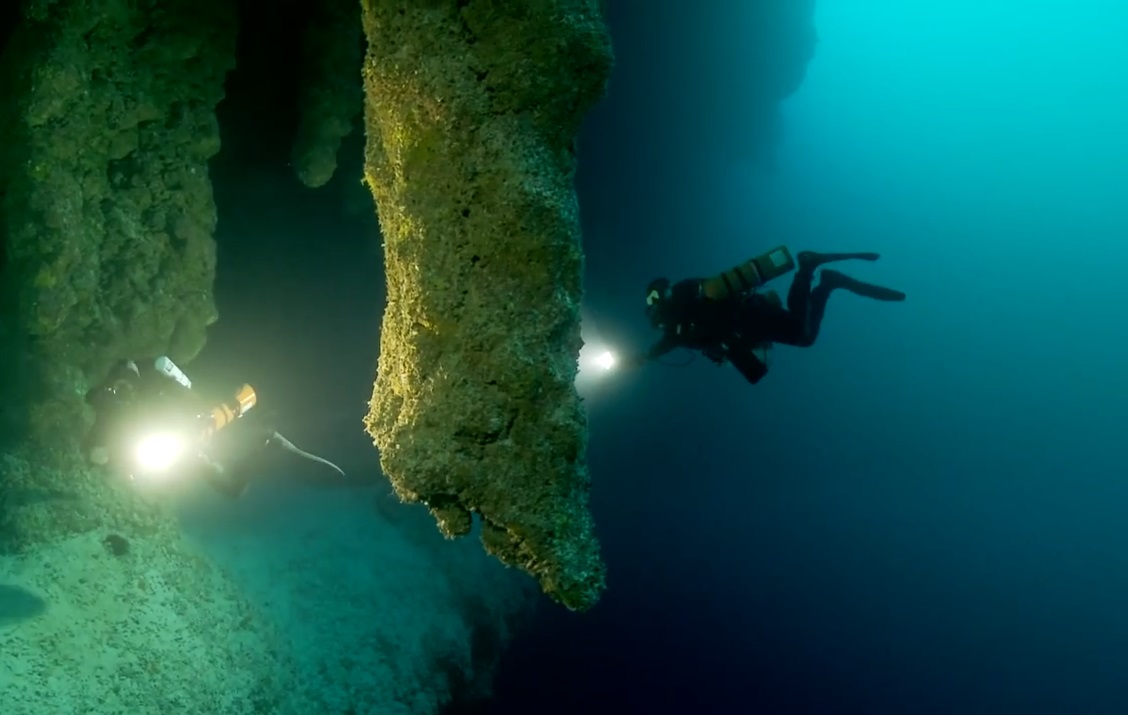 The Blue Hole is a tremendous underwater sinkhole, approximately 300 meters in diameter, forming an almost perfect circle. The upper visible part of the entire body is actually narrower than the deeper parts. The pit resembles a rather gigantic bell rising from the seabed. It is a cenote - a collapsed ceiling of a limestone cave, created in these places during the Ice Age, when the ocean level was significantly lower. From a geological point of view not so long ago - in four episodes before 153, 66, 60 and 15 thousand years ago. Hole´s lifeless and deepest point is at some 125 meters. 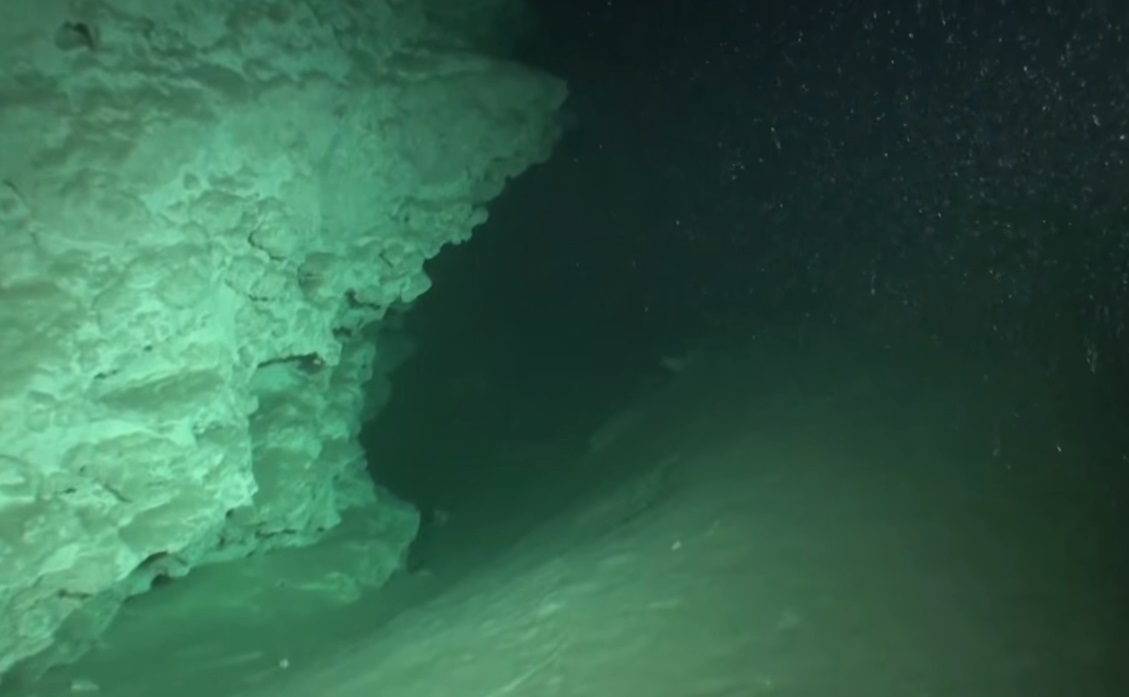 The dive starts on a short sandy slope (-10 m) that extends to the toothed edge of the cavity itself. Most divemasters usually use this place to check their wardens to find they are ready for a deeper dive. From this edge, the rock wall falls steeply into the depths, which then begins to distribute itself to the sides. This creates a huge overhang dotted with stunning stalactites. 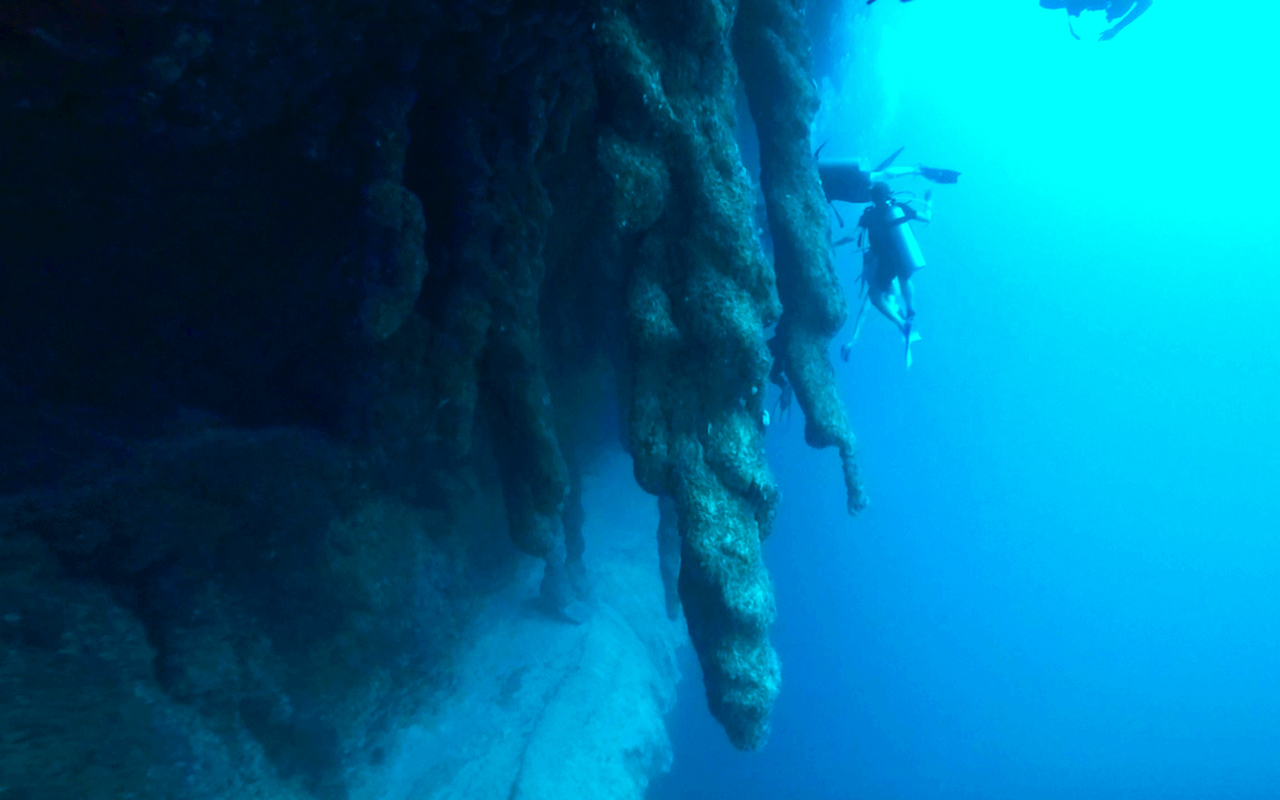 The stalactite decoration and ledges are at the level of the steady level at depths of 21, 50 and 90 m. The largest part of these limestone beauties is showing off in the depths from 30 to 50 meters. Some stalactites are up to 8 meters long. The spell of this site is predominant in its geology, but you may see some larger fish, sharks or sea turtles during the dive. However, the sheer walls limit the amount of sunlight, creating a dim environment (except when the sun is directly overhead). Definitely not a place teeming with underwater life. At a depth of 50 m, the entrance to the side cave is on the western wall. The cave rises to 37 - 41 m, it is about 46 m long. At its bottom there are many skeletons of tortoises that have been lost here. 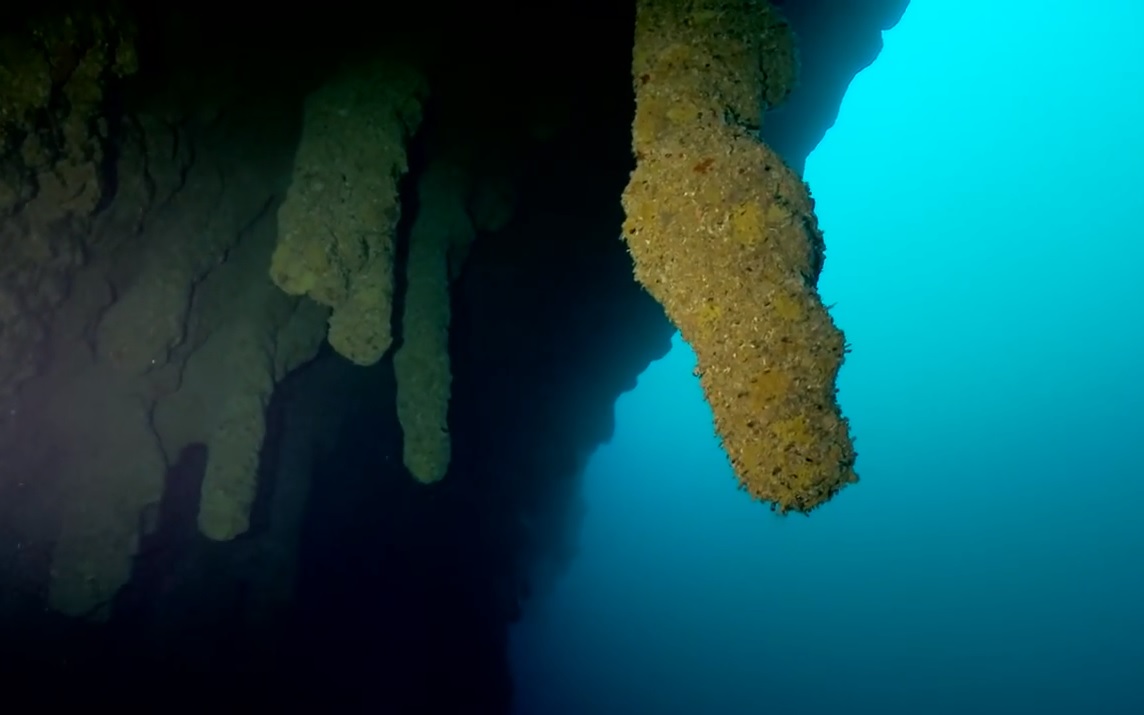 Due to the depth and relative absence of the bottom, the location is especially suitable for experienced divers, with quality equipment for technical diving. Recreational dives are usually made here on the northern and southern parts and up to 30 m depth. Local companies require confirmation of diving tests or records of past dives. Another option can be at least one-day dive training on site. 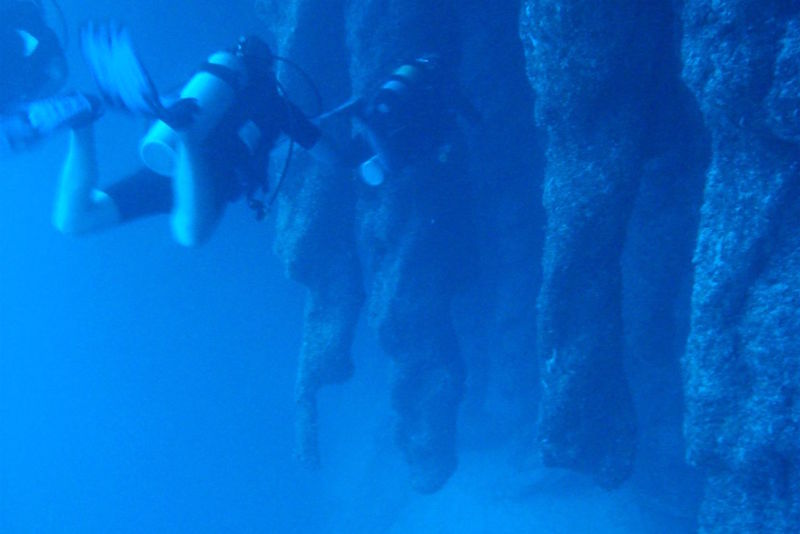 To get to the spot, expect a bumpy boat ride that will take about 3 to 4 hours, depending on where from the mainland of Belize you set off. Entrance to Blue Hole Natural Monument is offered by most Belize hotels and diving schools and is charged at the end of 2017, costing from $ 25 to 40. 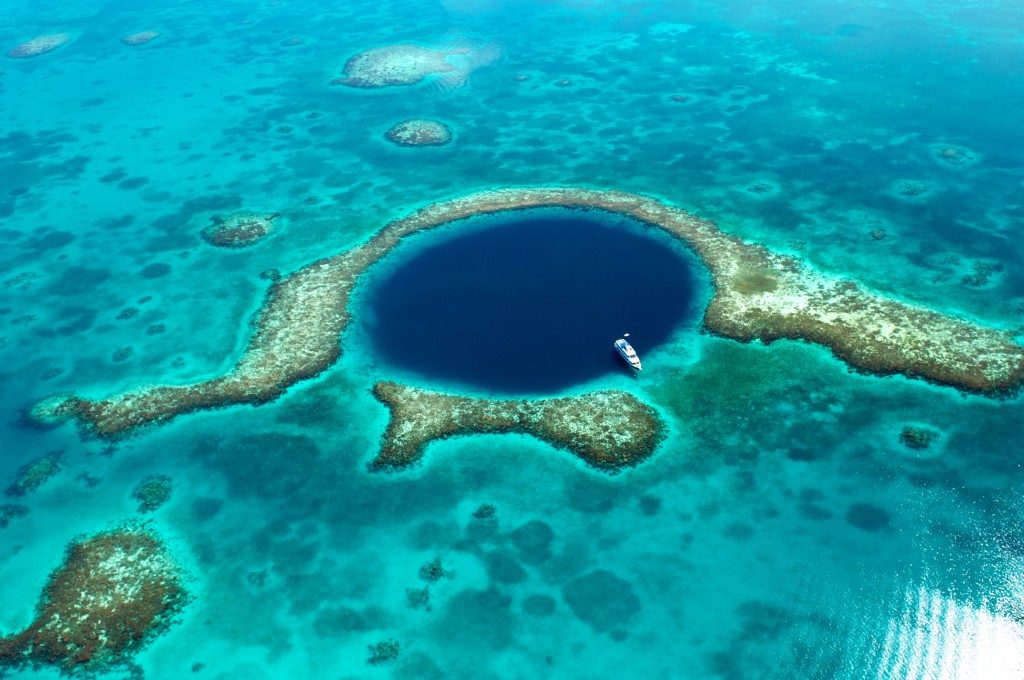 Find the exact location on the map of Adrex.com places here ...