Once a USA military show of force and pride, the USS Oriskany was the first warship that was sunk purposely in order to create an artificial reef. Government do that every now and then; putting in further use old naval ships that would otherwise rust away. The main objective is usually further tourist profit but most of those sunken old pieces of metal serve as a habitat for the growth of marine life. Although she was almost sold for scrap, some thought she would make a great artificial reef and that vision became eventually reality in 2006. She was sunk off the coast of Florida in Pensacola and still remains the largest vessel ever sunk to make a reef. Some medias named the Oriskany wreck as one of the top ten wreck diving sites in the world and here is why.
16. 2. 2016 Comments: 0 Photos: 7

Pensacola had been premier dive destination in the United States for some time and although some were kept secret, the local wrecks offered some of the best diving imaginable. But when they sunk the aircraft carrier USS Oriskany in more than 200 feet of water in 2006, the site became instantly one of the most popular diving destinations of the continent. It even gained a nickname “the Great Carrier Reef,” a reference to Australia's Great Barrier Reef. 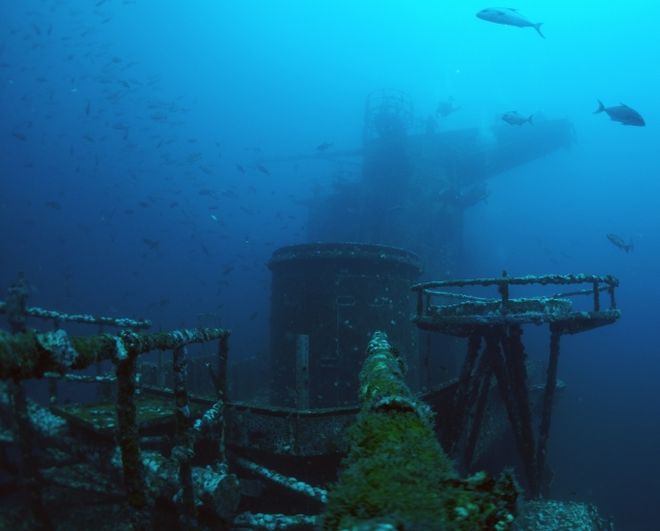 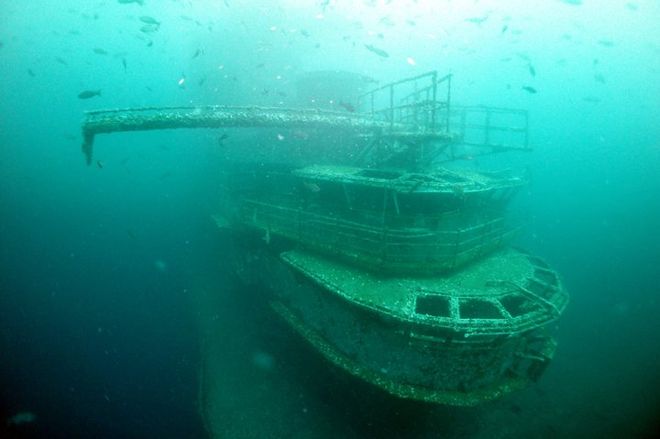 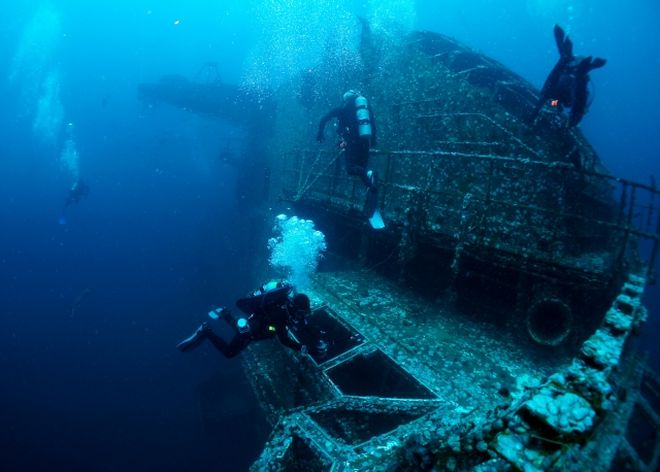 The 32,000 ton monster came to rest upright on the sandy bottom and it's best appreciated by advanced divers, who get drawn by the flight deck at 145 feet and the tower at 84ft of water. The Oriskany sits at the edge of the Gulf Stream (about 22-mile boat trek from Pensacola), and scuba divers often find conditions clearer and warmer here than at other sites in the Pensacola area. Even if you are not a properly trained diver there is plenty of ship to view within recreational limits so it's still worth to travel the distance to see the  911ft long beauty.  It's also not uncommon to encounter whale sharks, and other large pelagic species on the wreck, mostly depending on luck, and the time of year. 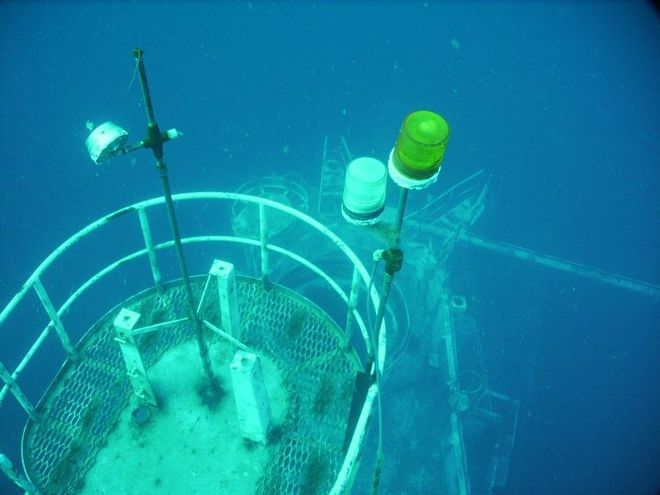 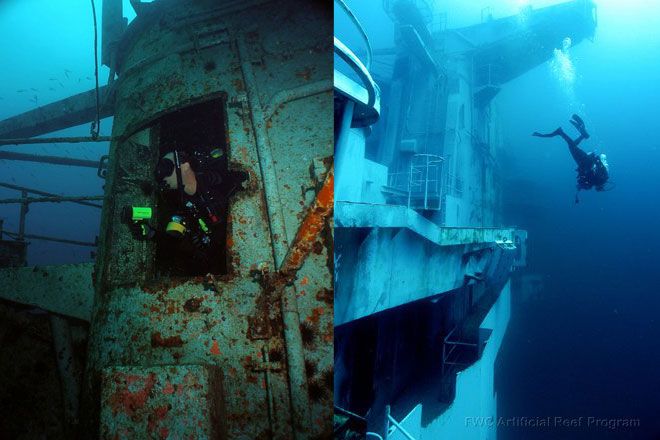 Engineers expected the sinking to take anywhere from five to eight hours, the decommissioned aircraft carrier surprised all in attendance when she sank in only 37 minutes. Photo: © Jeffrey P. Kraus.

The spot that put Pensacola on the diving map is open to divers' exploration of any level as it has relatively light currents and great visibility, however recreational divers are advised to stay above 130 feet. Diving is good year-round and water temperatures range from the 80s in summer to the 60s in winter. In addition to the Oriskany, there are dozens of other great spots. While most of the dive sites are artificial reefs, there are a few true wrecks, along with live bottom or natural limestone reefs in the area such as Paradise hole, Green's hole and the Timber holes. If you are looking for a charter, The  H2O Below makes regular trips to the USS Oriskany and other great reefs and wrecks in Pensacola. Their dive boat is equipped to comfortably accommodate larger groups but for everyone's comfort, trips are limited to 16 recreational divers or 10 technical divers. The 36-foot long Newton custom dive blast has plenty of deck space, tank racks for doubles and rebreathers, and an equipment table and wash racks for cameras and lights. You are pretty much covered. To find out more about their charters and upcoming dives, visit their official website or check their FB. 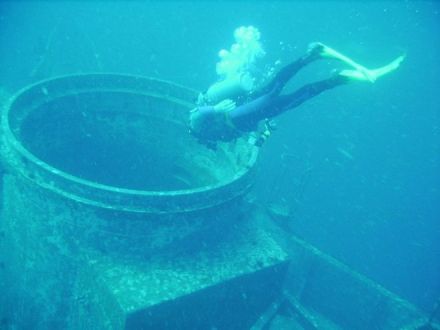