Adaptive Surfing History Has Been Made in La Jolla

It can happen to any of us. Still, it's amazing how through a sport people overcome obstacles. And events such as the inaugural ISA World Adaptive Surfing Championship that culminated last Sunday at La Jolla Shores in grand fashion, crowning the first-ever ISA World Adaptive Surfing Champions, is one of those moments you realize this just might be it; an escape from it all. And that's what we, regardless of ability or disability, have in common; we do to be free, to make our days have meanings, to be happy.
9. 10. 2015 Comments: 0

Demonstrating the international profile of this ISA World Championship, the Gold Medalists from four continents were greeted by a crowd of thousands. Adaptive surfers from 18 countries cheered them on, showcasing the international support that has been evident throughout the competition. 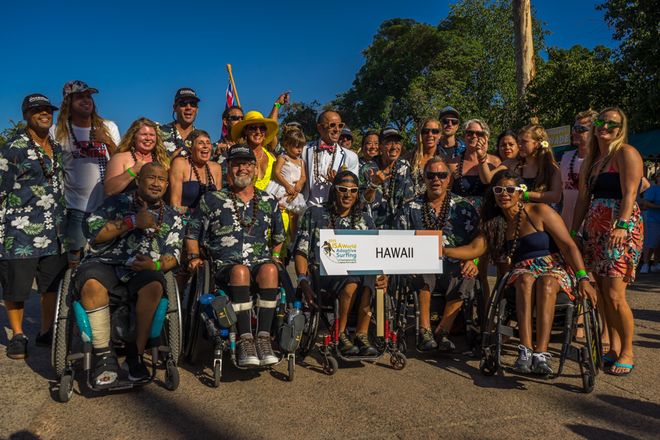 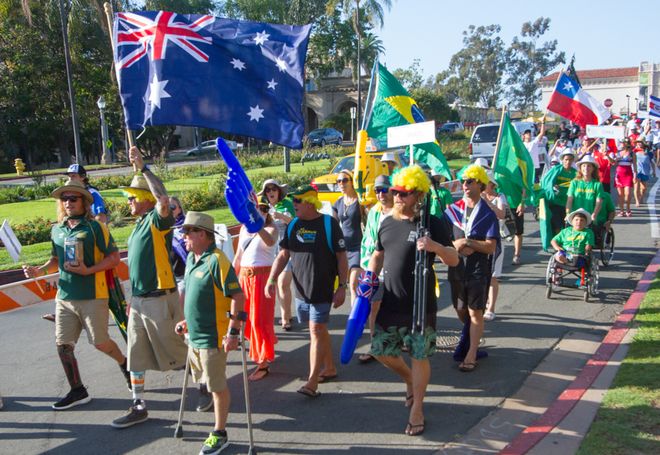 “I couldn’t be happier than I am now. It’s amazing to see this ISA World Championship happen. It has always been my dream, not just to be a World Champion, but also to see the sport grow. This is just the start," said Fellipe Lima, who made history as the first athlete to receive a Gold Medal. 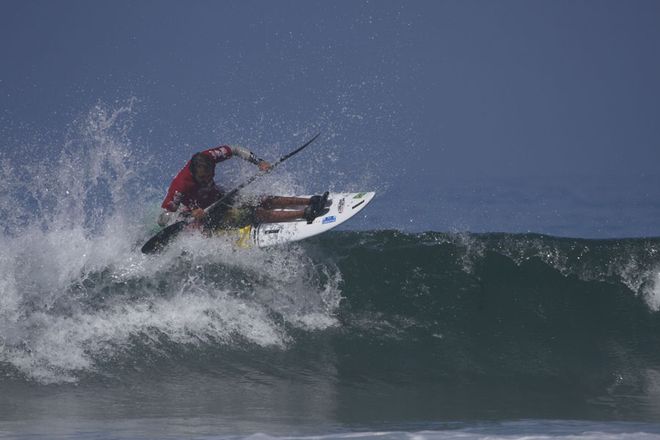 The Upright Final was the first of the four Finals to take place, with Brazil’s Fellipe Lima scoring a heat total of 12.93 to earn him the title of the first ISA World Adaptive Surfing Champion.

USA’s Jesse Billauer got out to an early lead in the Assist Final that he never lost, earning Gold for the host country. Taking the Silver was fan favorite, 10-year-old Davi Teixeira from Brazil, followed by Juan Martin De Posadas from Uruguay with Bronze and the only female medalist, Darian Haynes from Hawaii with Copper. 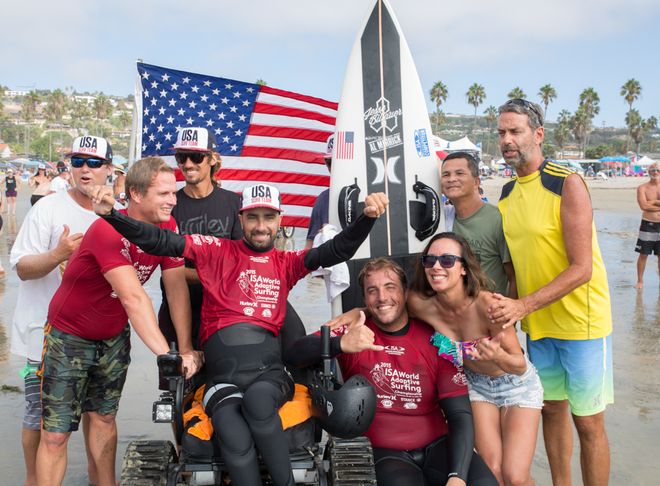 “After I got injured, competition was not something that I thought about, and now I am the ISA World Champion. It’s amazing to be a part of this and have all of the countries involved,” Billauer emotionally shared words with ISA President Fernando Aguerre after his heat. 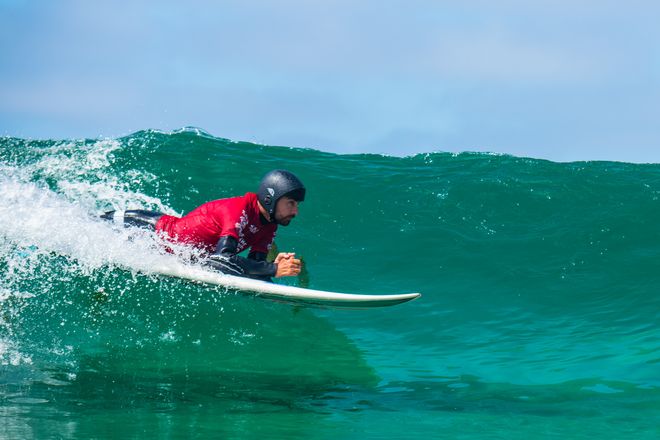 Bruno Hansen from Denmark put on an impressive performance en route to taking the Gold Medal in Prone. Hansen explained, “I’ve been training hard for ten years, trying to get my mind in the right place. I lost my way completely and Surfing brought me back to where I am.” 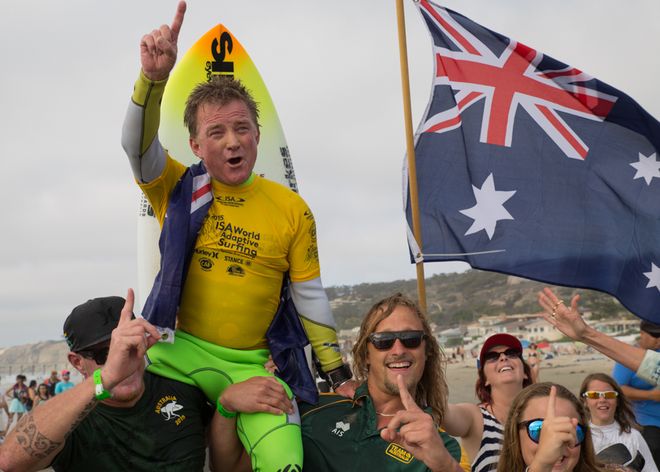 The Stand Final wrapped up the event in dramatic fashion. Australia’s Mark Stewart narrowly earned the Gold Medal with a heat total of 11.13, edging out South Africa’s Antony Smyth’s score of 10.66. “It’s a dream come true. I think everyday I’ve had a tear in my eye seeing people who are so dedicated and love the ocean as much as I do. I’ve been waiting 35 years for this event, but I now know that the sky is the limit with Adaptive Surfing. The future is in the hands of all the young people we’ve seen here. I can’t wait to see what happens next.” “This is an ISA World Championship that will be talked about for years to come. Adaptive Surfing history has been made in La Jolla. I would like to congratulate the four athletes that received Gold Medals, but also at all 69 competitors who took part in this historic competition. All of the athletes will return home as ambassadors of Adaptive Surfing. This is only the start of something much bigger and wider reaching that we will see grow and develop in the years to come.”