December 2015 has been one of the biggest months ever in the history of professional surfing as the Billabong Pipe Masters achieved the largest audience and greatest live viewership in the history of the sport. Hawaii also saw Brazilian Adriano de Souza , who has clinched the 2015 World Surf League Title, joining Carissa Moore, who won her title at Maui earlier this month. In the process, Adriano also became the first Brazilian to win the side event, the Billabong Pipe Masters in Memory of Andy Irons. Surfing for ten years among the world’s elite and setting the stage for the rise of the ‘Brazilian Storm,’ De Souza’s Title clinching performance came with a significant wave of emotions, as he dedicated the victory to fallen compatriot Ricardo dos Santos who died earlier this year.
20. 12. 2015 Comments: 0

“It’s an incredible feeling and so special in dedication to my good friend Ricardo dos Santos,” de Souza said. “I have this tattoo in memory of him -- he had the same tattoo that said ‘Strength, Balance and Love,’ and that’s all I needed to win this World Title. This is all in dedication to my brother as well, who bought me my first surfboard for seven dollars and now I’m on top of  the world. What a dream to be a Pipeline Champion Master like Jamie (O’Brien) and Kelly (Slater) and Bede Durbidge, just so many names going through my brain now. There’s no words to describe how I’m feeling right now.” 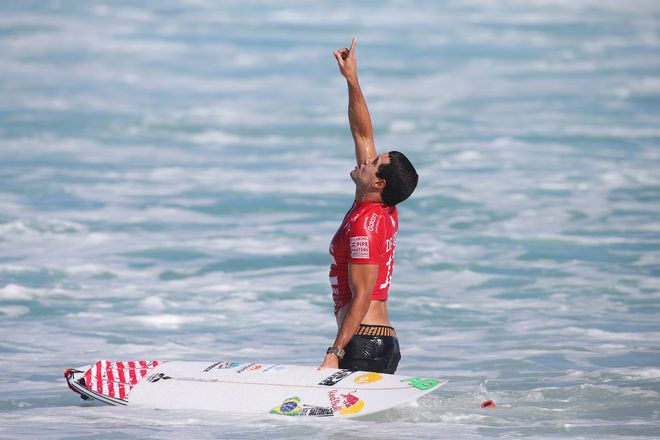 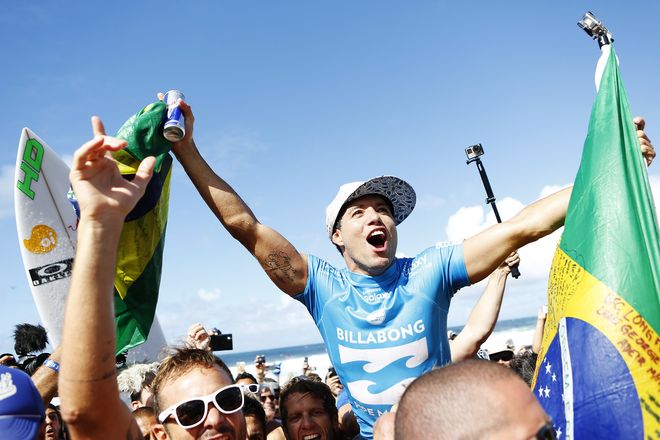 The final day of the 2015 Samsung Galaxy WSL Championship Tour began with three contenders in the hunt for the world surfing crown - Mick Fanning, Gabriel Medina and de Souza. Fanning’s Quarterfinal win over 11-time WSL Champion Kelly Slater ousted Medina from the race, but a late big air maneuver from Medina in their Semifinal eliminated the Australian from competition, crowning De Souza the new World Champion. Taking down an explosive wildcard in Mason Ho for a Semifinal win, de Souza claimed the coveted World Title after a loss earlier in the year at the Moche Rip Curl Pro had him doubting his chances heading into Pipeline.

“About midway through the year I thought Mick (Fanning) deserved the World Title more than me,” de Souza said. “He’s such a strong man and a three-time World Champ battling me for my first title was scary.  I just wanted to give my best wishes to Mick and his mom - I had such a mix of emotions, but the day of my life has arrived.” 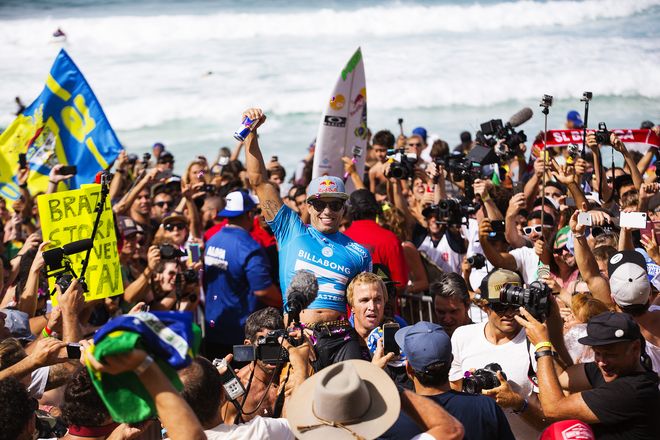 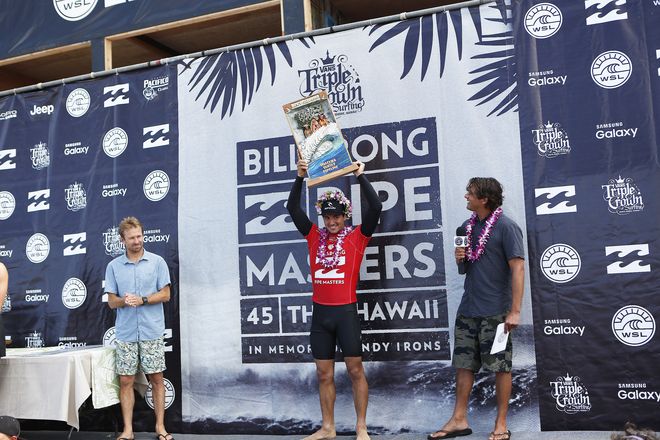 Gabriel Medina, the first Brazilian to win a Triple Crown this year rounded off the WSL podium with steady performances throughout the year. Photo: © WSL / Masurel 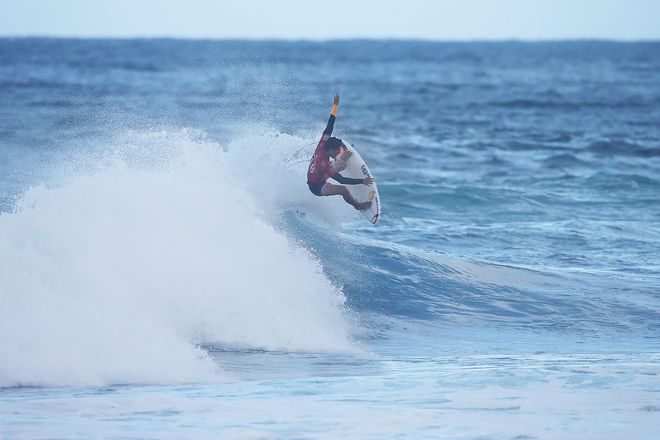 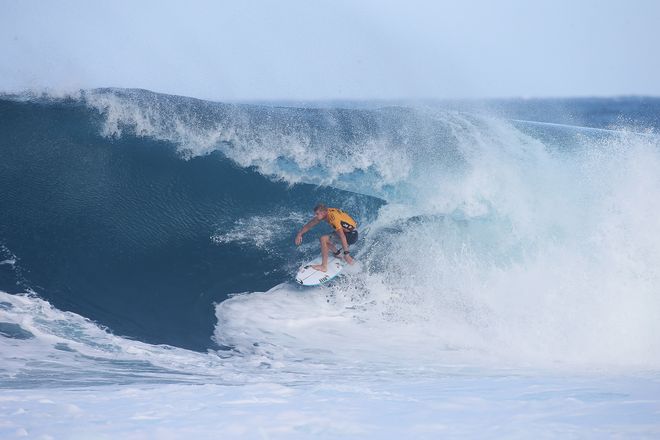 Fanning came into Pipeline having won his first-ever Hawaiian event at the Vans World Cup of Surfing and looked to be the favorite to win the World Title. But after being eliminated by Medina, his Title chances were left to Ho who couldn’t seal it for the three-time WSL Champion despite Fanning’s incredible win over Kelly Slater. Photo: © WSL / Masurel

The world’s best surfers will return in 2016 with the kick-off event at Gold Coast in Queensland, Australia in March. Stay tuned!