De Souza’s tenth year on the Championship Tour has seen an incredible run of form for the Brazilian who has had a fantastic start to 2015 after a Semifinal berth on the Gold Coast and a runner-up finish at Bells Beach. The last win in Australia saw him claim the gold leader jersey after an exciting clash against John John Florence in a thrilling Final and move to the top of the rankings heading into the fourth event of the year, the Oi Rio Pro.
29. 4. 2015 Comments: 0

“I’ve just beaten the best surfer on the planet!” said De Souza. “I’m so happy and I feel so motivated. After reaching the Final in Bells and not winning I was really spurred on. It’s such an honor to put my name on the stairs here. Every morning I walk down them and see those names and just wish that my name would be there someday. John John (Florence) is one of the most crazy talents we have on Tour and we just had a blast out there. I’ve been watching John John through this event and he’s been killing it. I’m really motivated going into Rio and I feel like I have to keep improving and putting in hard work.” 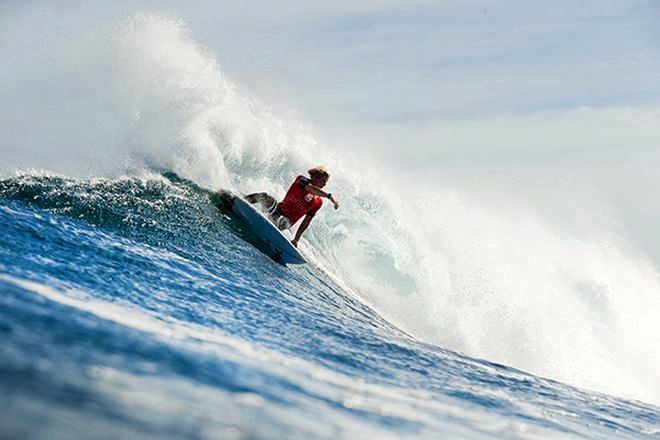 A runner-up finish at Margaret River marks a return to form for the Hawaiian John John Florence after two 13th-place finishes at the opening two events of the season. The result is his best of the year and moves him up to eighth place on the rankings heading into Rio.

“I think everything that happened in this contest was a challenge,” continues De Souza. “We had great conditions at The Box and amazing conditions at Main Break. I really believed in myself out there and I’m so happy and so pleased to win. The World Title race is well and truly underway now and people will definitely be trying to catch me.”

We'll see whether the Brazilian storm will keep his fantastic form also on his home turf on May 11 - 22, 2015. In the meantime, enjoy highlights from the Drug Aware Margaret River Pro below.