The world’s best Big Wave surfers are on heightened alert as the World Surf League (WSL) commences the second phase of the 2015/2016 WSL Big Wave Tour (BWT) season. With a window running from October 15, 2015 to February 28, 2016, the remaining portion of the competition year focuses on the Northern Hemisphere swell cycle with the potential of running four world-class events at some of the most dangerous locations on the planet. At any moment one of its four events could get a coveted greenlight to run. And when the greenlight is issued, surfers have 72 hours to race across the globe in order to compete. It's a whole science to it but surfing experts say this winter is going to be legendary.
16. 10. 2015 Comments: 0

“I don’t think you will find a Big Wave surfer in the world who doesn’t believe this winter has a chance to be one of the greatest of all time,” said Peter Mel, former Big Wave World Champion and Commissioner of the WSL’s Big Wave Tour. “Everyone is training hard and preparing themselves physically and mentally for whatever the oceans have in store for us in the coming months. I surfed through the last two major El Niños in 1982/83 and 1997/98, and like anyone who experienced the surf in Hawaii or on the west coast will tell you, those seasons were legendary. If this winter even approaches those levels, it’s going to be a show not to be missed.”

Each event features a competitive field of the 24 best Big Wave surfers in the world, including the Top 10 finishers from the 2014/2015 BWT rankings, plus a diverse assortment of wildcards made up of local specialists and globally respected Big Wave legends. So far, the Quiksilver Ceremonial at Punta Lobos in Chile was the only event during the Southern Hemisphere season to experience the required wave size to run. The event took place on Friday, May 1, 2015, where reigning WSL BWT Champion Makua Rothman of Hawaii claimed victory and solidified his place at the top of the current BWT rankings. 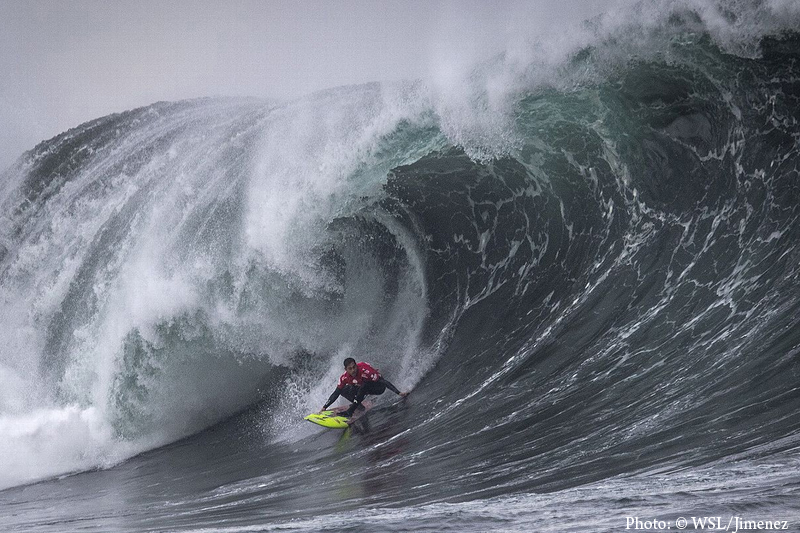 All upcoming BWT events will be webcast LIVE at WorldSurfLeague.com and via their mobile app.  In addition, the WSL recently announced a deal with Universal Sports that will give millions of fans in the US the opportunity - conditions permitting - to watch televised broadcasts of the following four heart-pounding Big Wave events. Stay tuned!