Spring is warming up the northern world again and snow starts to melt back to water. Powder starts to be more rare but the surf dreams wake up as the H2O changes state. And that's what we are all waiting for. Well not all of us, this Norwegian coastline calls for a thick wetsuit.
26. 2. 2014 Comments: 0

Storm cycle passed through the northern mountains and coastline with strong winds. Mountains were not really accessible nor tempting  but strong winds create different kind possibilities – waves. I checked swell forecasts for the islands close by and it showed some possible bumps in the ocean so we decided to go island hopping and hopefully surfing. 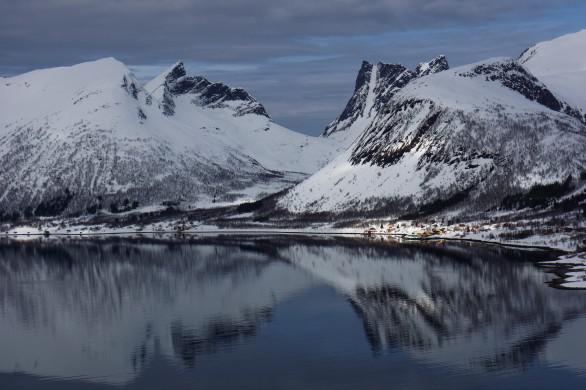 Norwegian coastline follows the scenic trend best out of the whole the country – it’s annoyingly beautiful for a neighbour living in the flat inland parts of the North. The coastline is very broken and full of mountain islands raising more than kilometer high straigth from the crystal clear ocean. The sea looks amazing from the mountains and vice versa. Along the coast ocean reaches far inland with long fjords cutting water passages into the mountain scenery. It’s simply mesmerizing – when the weather is tolerable… and that’s not every day in Norway. 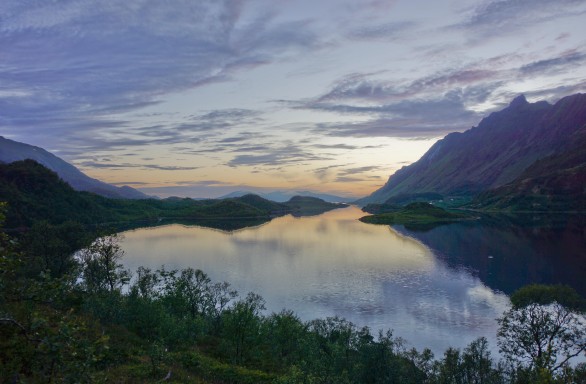 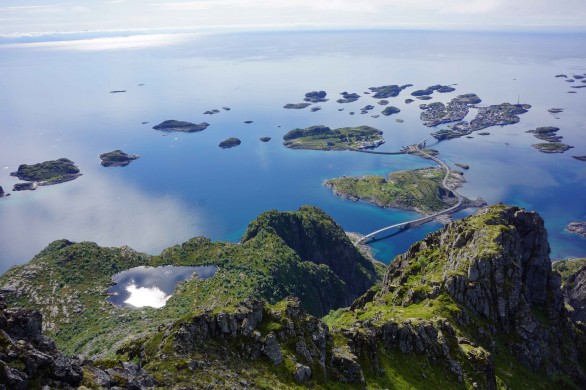 The weather is very variable in the coast and can be extremely harsh. In these latitudes the temperatures are rarely on the warm side which is good for the winter activities but hanging out with a surfboard next to the cold sea with freezing temperatures requires… some dedication and proper preparing. Lot of the days are so nasty that even the dogs like to stay in but I mostly try to fool myself with a phrase: “there is no bad weather… only bad choice of equipment”. But when skies do open up and the conditions come together the islands are unbeatable. On a perfect day you can ride powder on great mountains all the way to the shore and surf after. I don’t think there is many places in the world like that.

After driving around I found a couloir that fell straight in to the sea and a wave close by and  managed to surf and snowboard same day! One dream came true that “spring” day but I still have to keep waiting for the perfect day on the islands. It was windy like never before and the couloir didn’t bring enough shelter so I had to turn back little before the top so I wouldn’t fly away. It was snowing time to time and waves were small but really fun. Even if the conditions we not perfect I had the best time and discovered the potential that I have been looking for years. The scenery was unbelievable and the nature was strongly present; seals were checking the surf out and eagles were cruising above. I couldn’t stop smiling with my blue lips. 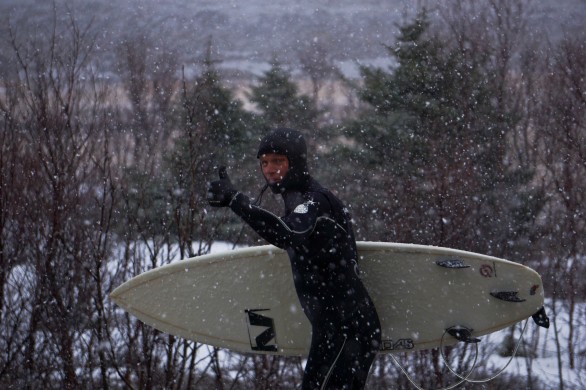 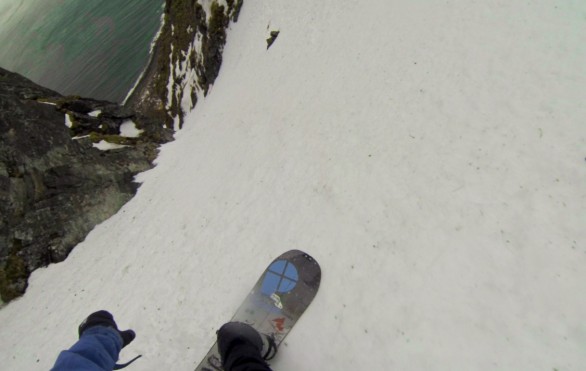 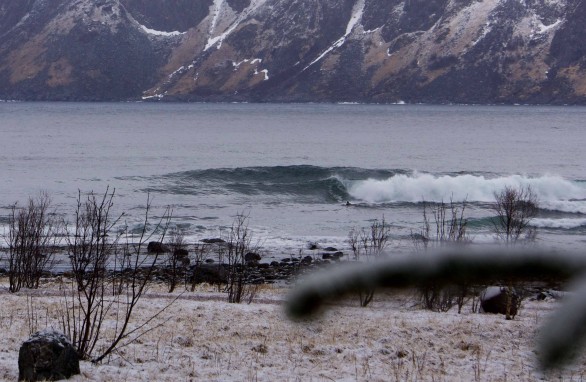 There is so much potential on the islands for surfing and snowboarding but the exploration and finding the right spots takes time and dedication. There are few spots on the map but there has to be so much undiscovered gems on the islands. Mountains are more visible but the waves do not show themselves easily. And also the roads don’t go nearly everywhere so the access to shores is not easy. But who ever said that easy was rewarding?