The J-Bay Open has been called off following a dramatic incident that involved three-time WSL Champion and defending event winner Mick Fanning being attacked by a shark in the opening minutes of the event 6 finals of the World Surf league Championship Tour that took place recently in South Africa. Luckily for Fanning, he managed to fought the shark until it swam away. Shark experts say that the incident looked more like the shark was trying to get out of the situation as fast as Mick was - the shark didn't bite him nor his board either and that's not what sharks do when they're trying to bite people, therefore the incident can't be called a shark attack. Either way, it was Mick's lucky day and we are all glad he's safe, unharmed.
24. 7. 2015 Comments: 0

The scene unfolded live on WorldSurfLeague.com as the Australian essentially fought off the two animals before the Water Safety Team quickly arrived and pulled both Fanning and compatriot Julian Wilson into the safety boat. Despite a severed leash, Fanning remained physically unscathed by the incident. Check the video below. 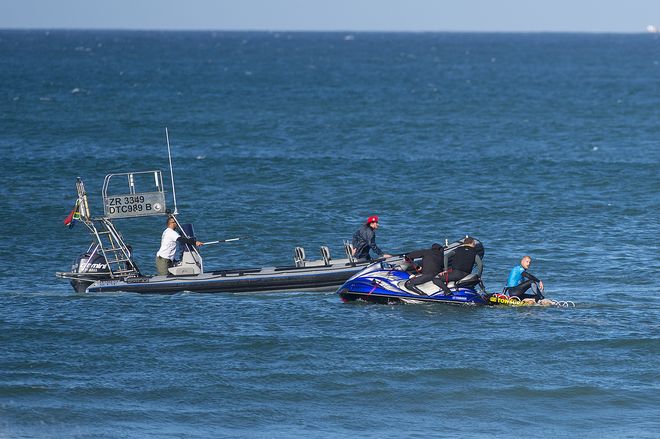 “I was just sitting there and I felt something grab or get stuck in my leg rope and I instantly just jumped away,” Fanning said. “It just kept coming at my board and I was kicking and screaming. I just saw fins, I didn’t see any teeth. I was waiting for the teeth to come at me as I was swimming. I punched it in the back. I’m totally fine, I’ve got nothing wrong with me. There’s a small depression in my board and my leg rope got bitten and I’m totally tripping out.” 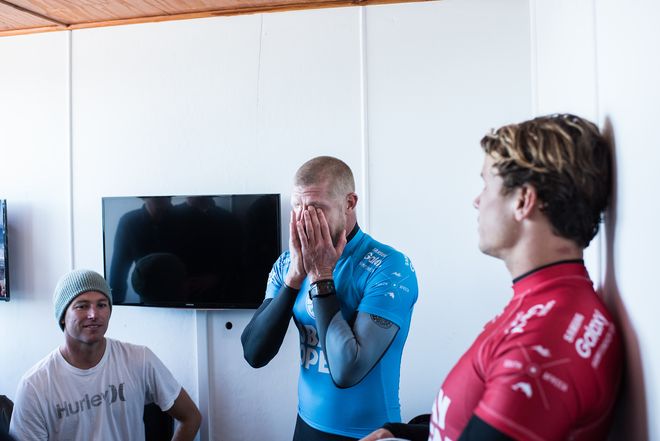 “I was just cruising and waiting for my turn, my opportunity and I knew Julian (Wilson) was down the point,” continued Fanning. “I was just about to get moving and start paddling again and all of a sudden I had this instinct that something was behind me. I started getting pulled underwater and then the thing came up and I was on my board and it was right there. I saw the whole thing thrashing around but I was getting dragged under by my leg rope. I felt like it kicked me off but it was still there going and I was still attached to my board. I felt like I punched it a couple of times and then it was dragging me and then my leg rope broke." 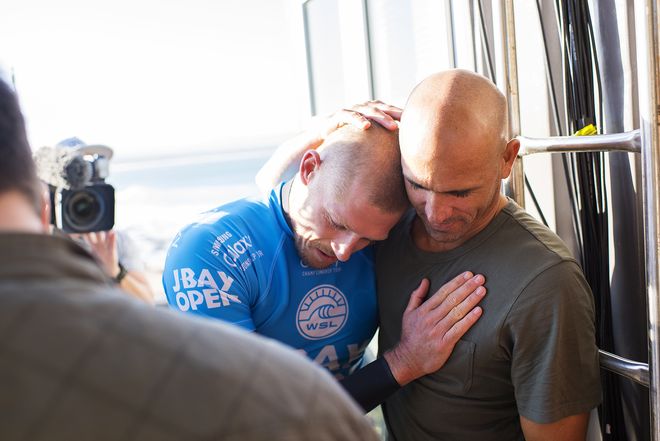 "I started swimming and screaming and yelling at Jules (Julian Wilson) to move as well, but he was coming at me," said Fanning. "What a legend, coming after me. I was swimming in and I turned around and I had this thought, what happens if it comes to have another go at me, so I turned around so I could at least see it coming. Before I knew it the boat was there, the jet skis were there and we were in safely. I just can’t believe it. To walk away from that, I’m just so stoked. I want to let all my family and friends know that I’m okay.”