The Eastern Surfing Association held its second championship event of the year this past weekend in great surf at Jennette’s Pier in Nags Head, North Carolina. The 2015 Mid-Atlantic Regional Surfing Championships presented by The Outer Banks Tourism Bureau proved once again why the Outer Banks is one of the premier surfing venues along the East Coast.
14. 5. 2015 Comments: 0

While the event began with clean, small surf for the adult divisions on Thursday, conditions deteriorated by Friday afternoon causing ESA officials to call a lay day for Saturday.  “The ocean was just too out of control to put our youth divisions in the water,” said ESA Executive Director Michelle Sommers. “The consensus from everyone running the event, including the judges, was to call it off and wait until better conditions on Sunday.” The right call was made as Sunday provided perfect waves for the final day.  With double-beaching and running 57 heats, the ESA came through for its competitors in a big way.  “From the worst weather to the best surf, Mother Nature threw everything she had at us,” adds Harry Purkey, ESA Mid-Atlantic Regional Director.  “As always, the ESA persevered and put on a first class regional championship.” 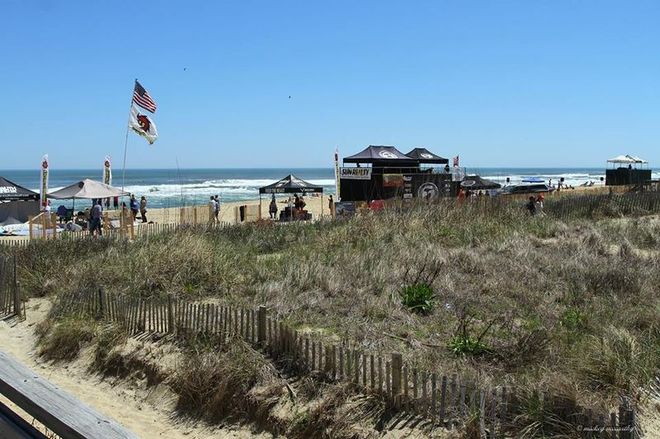 This year’s event was planned in conjunction with Surfing America’s Prime event, which is an event that ESA Regional competitors qualify for. “We wanted to make it easier for our surfers who competed in both events,”says Sommers.  “Greg Cruse from Surfing America was very involved with our planning since so many would also be surfing in the Prime.” There was a live webcast at the ESA website that had thousands viewing online each day of the event.  Everyone tuned in to watch ESA All-Star Gabe Morvil win the coveted GoPro Open Shortboard Division.  “The finals could not have been any better,” states Morvil.  Morgan Leavel and ESA All-Star NoheaFutrell, both locals to the Outer Banks, took second and third, respectively. 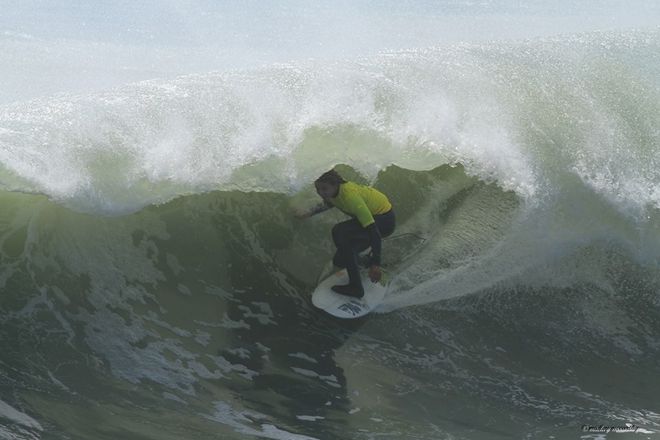 ESA All-Star Simon Hetrick was carried up the beach by his fellow All-Stars for claiming the Boy’s Division.  “I was super stoked to win,” says Hetrick.  “The waves were firing for the final day and I surfed for ten hours between the ESA Regionals, Surfing America Prime and freesurfing. It was great to trade off barrels with friends in heats.” The Outer Banks’ Quentin Turko took first in Junior Mens and the Junior Mens Longboard Division was swept by three Virginia ESA All-Stars with Grey Copenhaver leading, followed by Evan Micele and Parker Sawyer.  The Menehune Division was won by Southern North Carolina’s Owen Moss. 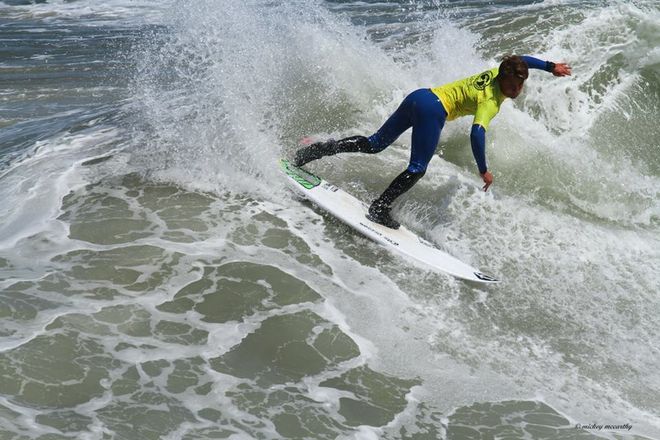 Training in Hawaii paid off for the ESA All-Stars with Julia Eckel taking first in Junior Women and second in Junior Women Longboard.  Eckel says, “There is no doubt in my mind that the All-Star trip to Hawaii gave me the tools to win the Mid-Atlantic Regional Championship.” 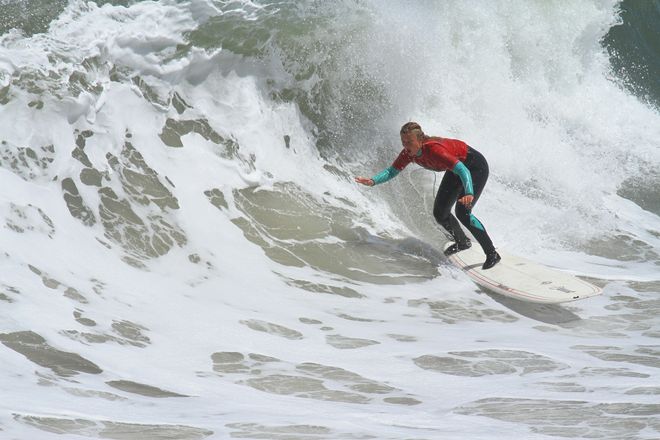 ESA All-Star Kat Neff was busy on Sunday surfing in 14 heats between the ESA and Surfing America Prime events.  She placed first in Junior Women Longboard, second in Girls and fifth in Menehune Longboard.  “I was okay with surfing all those heats even though my arms and legs were like gel because the waves were so consistent and firing and everyone was having a good time,” says Neff. 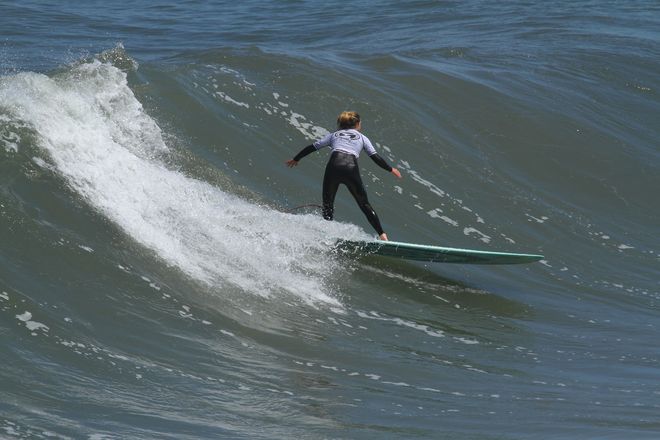 Winning the Girls Division was Leah Thompson from Southern North Carolina with Kate Pancho and Leanne Robinson claiming first place in Women’s and Ladies’ Divisions, respectively. The ReflektPolarized Mens Division saw Hunter Skolnick from Virginia take first place and Brycen Jernigan made it through some of the toughest conditions on Friday to claim the win in the Open SUP Division. A complete list of all the results can be found at www.surfesa.org. 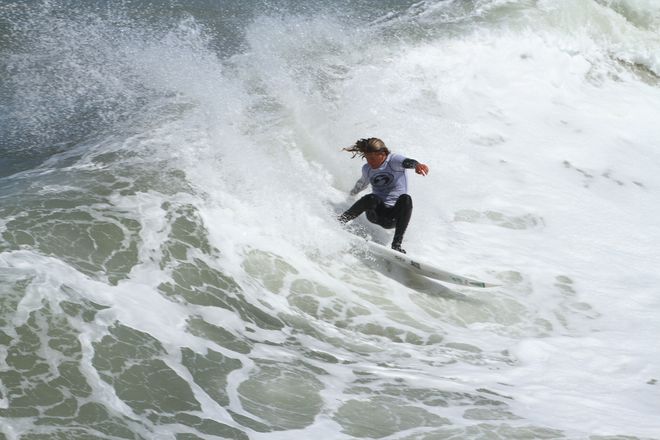 Special thanks to Hattaras Island Christian Fellowship for being on the beach every day offering help where needed and goodies for the competitors.  The ESA also wants to thank Surfing America for their support with Sunday’s hectic schedule.  “We could not have had things run as smoothly as they did without Greg’s support,” says Sommers.

Also, just a reminder to stay tuned for info on the ESA’s 2015 Northeast Regional events, which will be taking place in Belmar, New Jersey May 15-17.