The Eastern Surfing Association (ESA) Regionals’ season ended with a bang this past weekend in Belmar, New Jersey with the ESA 2015 Northeast Regional Surfing Championships. The event, which brought together surfers from the Great Lakes through New Jersey, was the third and final regional event of the 2015 season and serves as the Northeast qualifier for the ESA 2015 Eastern Surfing Championships (Easterns®) at Jennette’s Pier in Nags Head, North Carolina September 20-26, as well as Surfing America’s USA Championships and East Coast Prime Series.
28. 5. 2015 Comments: 0

“Our Northeast competitors are some of the most dedicated surfers I’ve ever seen,” says ESA Executive Director Michelle Sommers.  “They get some of the best waves along the East Coast, but they have to brave frigid ocean and air temperatures throughout much of the year.”

The adult divisions on Friday occurred in minimal conditions but the swell increased throughout the weekend to provide clean and nearly perfect conditions for Sunday’s finals.  No one seemed to mind the early lack of surf, however, as many enjoy this annual event as a time to get together with old friends.  ESA Northeast Regional Director Joe Grottola says “The Northeast Regionals seem more like a reunion – it’s just so nice to see everybody.  It was also really cool to have such fun surf for the Finals.” 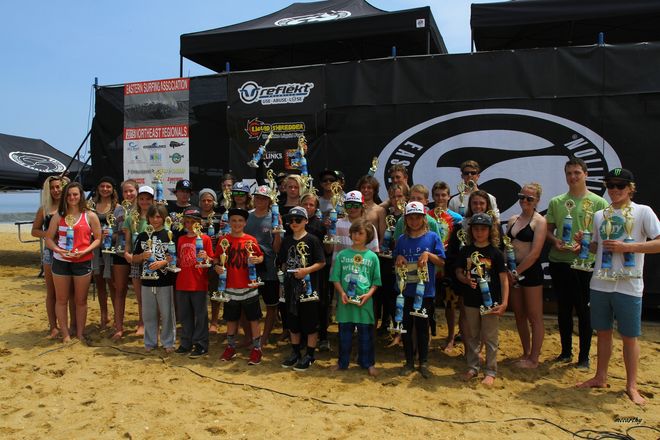 There was a live webcast going on provided by John Ross that had thousands viewing online each day of the event.  Aerial Media Productions provided spectacular drone footage of the contest, as well. Check it out below.

To read the full story go to surfesa.org