Red Bull Storm Chase has delivered a new era of windsurfing performance. Previously, nobody thought it was possible to even sail in the strength of storm-force winds that each mission delivered. But after seeing just how radical the world’s best sailors are, how high they could jump – and the quality and style of the waveriding on display, a new standard has been set. Neither cold water, wind in excess of 70 knots or giant, bonecrunching swell has deterred any of the superhero sailors on each mission.
11. 2. 2014 Comments: 0

Red Bull Storm Chase is the most-challenging windsurfing contest of all time, with a waiting period that started back in August 2012. By hunting down three massive storms around the globe, ten of the world’s best sailors entered the battle for the crown of ultimate storm windsurfer. With waiting periods spanning the main global storm seasons, ten courageous windsurfers – nominated via public voting – were on standby to hunt down three massive storms, with seven previously nominated destinations featuring as possible competition spots. Four of the original fleet were eliminated during the first mission in Brandon Bay, Ireland, at the end of January 2013.

From July 22, 2013, the six remaining windsurfers were on standby for the second mission, held in Tasmania, Australia, last August. Out of these six athletes, four emerged as qualifiers for the third and final mission to crown the victorious Red Bull Storm Chase Champion of 2014. To catch raging conditions, the participants have to be flexible-to-the-max during the holding period with just 48-hours to mobilise on-site before the next storm strikes. 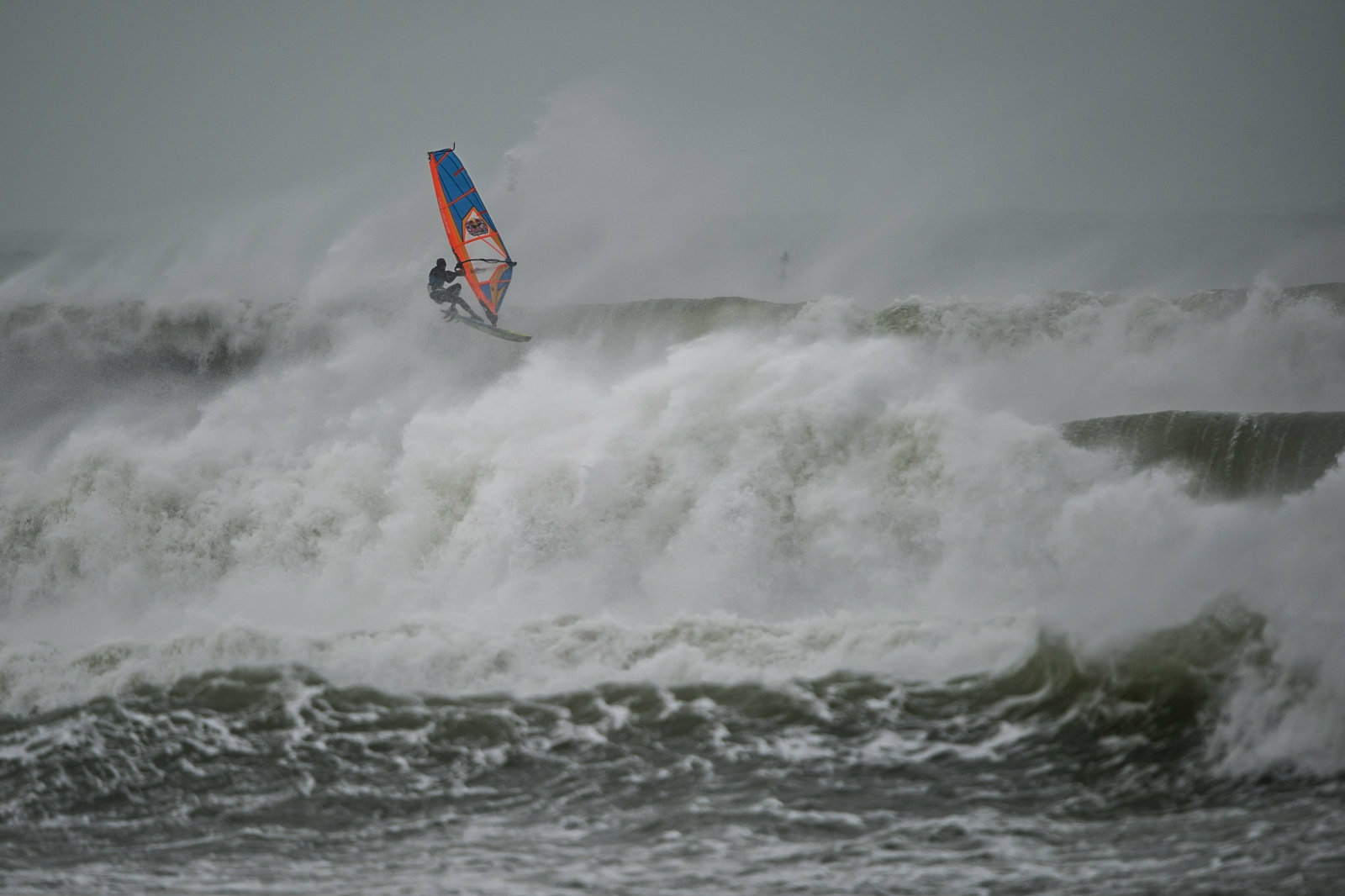 For the final mission, England’s West Country supplied near Hurricane-force wind and 10- metre waves that fully tested the world’s best windsurfers, including the current World Champion, Marcilio Browne. After summoning the entrants from their training bases in South Africa, Hawai’i and the Canary islands, five rounds were run over February 8/9th at two locations in St. Ives Bay.

A French Storm Chaser and the competition winner Thomas Traversa puts his victory pretty high: „I feel super happy to win this – even happier than when I won the PWA Worldcup in Denmark and, yeah, especially to show what I can do in big, gnarly conditions because, for me, that’s really why I windsurf, so to be here in Cornwall and to have visited Tasmania and Ireland with these amazing riders is a privilege.“ Check out an incredible video from the last weekend´s chase in England.