The first of 16 GKA Kite World Tour events begins in Cape Verde this month.
Ten islands make up the archipelago of Cabo Verde which lies two hours south of the Canary Islands in the Atlantic Ocean, due to their geographical location the islands are frequented with pumping swell and trade winds.
The island of Sal will play host to the GKA Kite World Tour which kicks-off at the iconic African surf break of Ponta Preta, a spot which delivered a jaw dropping barrel-fest of a competition in 2019.
5. 3. 2020 Comments: 0 Photos: 4
Facebook Twitter LinkedIn

Today we saw all the top seeds hit the water for the quarter finals on day 4 of the GKA Kite-Surf World Cup – Cape Verde 2020. Riders were battling it out in tough conditions for a place in the next round.
We’ve had less than ideal conditions yet again for the quarter finals here at Kite Beach, but we’re looking for the best overall rider in the world, and that means being able to score big in mushy waves, not just clean breaks.
The wind had dropped slightly from yesterday, fluctuating between 15-20 knots, riders were opting for bigger kites, and those that under chose struggled, or switched kites mid-heat.
In the men’s division scores were high across the board, making for some exciting, and very close results.
In the first heat Titik Lopes CV and Pedro Matos BR were pushing each other to the limit, both riders proving themselves to be technical and powerful in the waves. Pedro won the heat with a complete score of 10.60, but it was a very close call, with only a .06 difference given in the last five seconds of the heat! He will go on to face Duotone teammate James Carew AU in the semi finals. James had an easy journey into the next round when his opponent, Reece Meyerscough CA, pulled out of the competition due to illness. Get well soon Reece!
In the third heat of the day Charly Martin RE, the youngest athlete competing, faced one of the top seeds, Matchu Lopes SP. Charly kited extremely well, matching Matchu’s 360 within seconds, and landed a smooth air 180 on the nose of his board. But experience and solid bottom turns in the pocket got Matchu an 8.43 wave of the day, this is also the highest scoring wave in the competition so far. With a complete score of 15.33 Matchu goes through to face fellow Cape Verdean, lifelong friend, and Duotone team mate Airton Cozzolino CV in the next round.
Airton and Sebastian Ribeiro BR had a close heat, with powerful surfing and strategic wave selection coming from both riders. It was one of the most thrilling heats so far. Airton took the lead with an 8.00 wave and a stunning 260, bagging him 15.33, the highest complete score of the day, and a place in the semi finals against Matchu. This is going to be one hell of a heat to watch!
One round of four heats was completed in the men’s division. 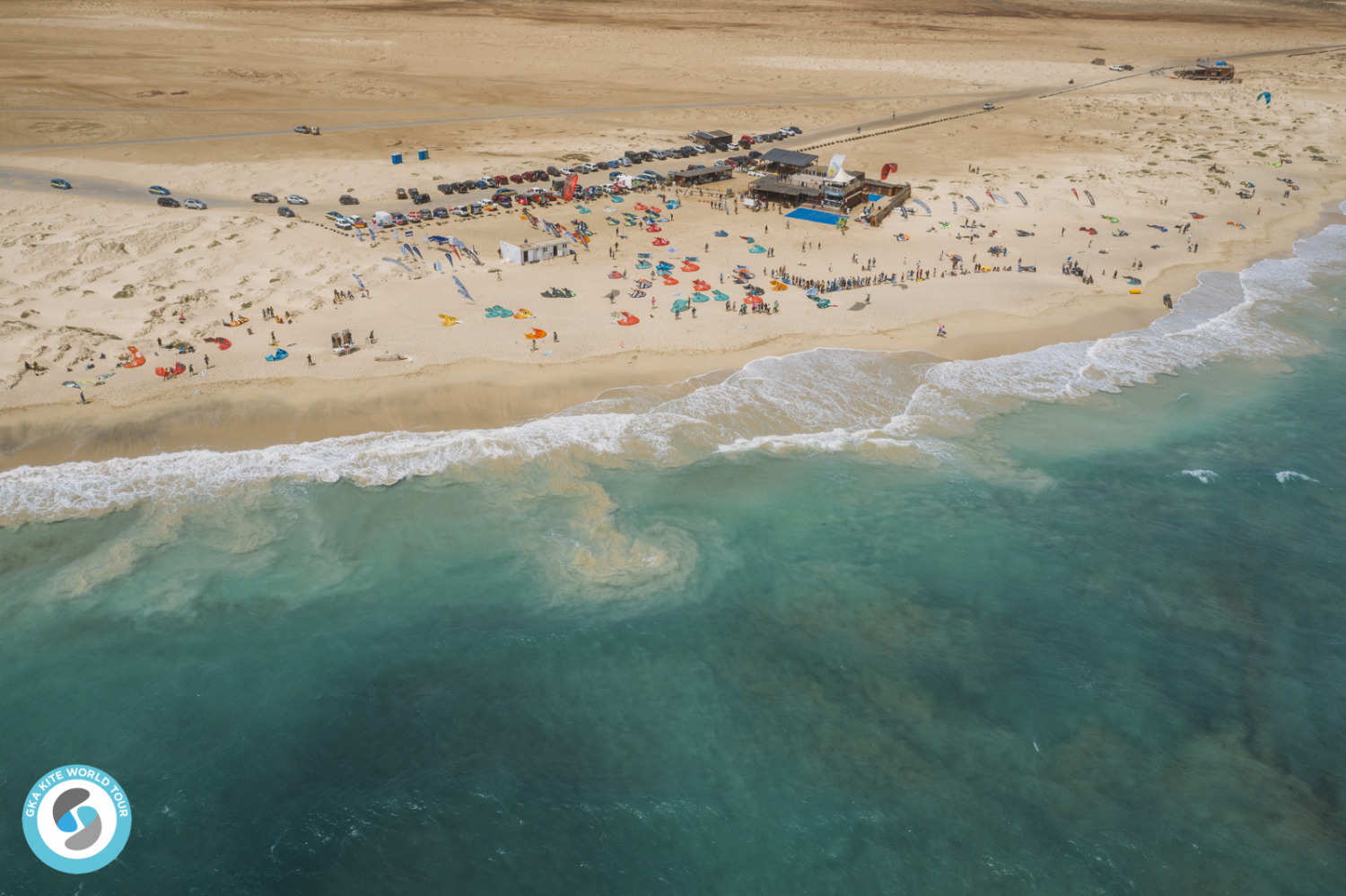 The wave gods were finally kinder to our female athletes today, but the wind dropped at the same time, making entry onto the slightly more solid waves difficult.
In the first heat of the women’s division, Catharina Edin SE lead over Ines Correia PT until the final three minutes, but patience and local knowledge of the break paid off for the Portugese rider. Ines took the highest scoring wave of the round, a 7.60 and a complete score of 13.17, which takes her into the semi finals, where she will face our Freestyle world champion Mikaili Sol BR.
In the second heat Mikaili took one of the tour’s most experienced riders, Charlotte Carpentier FR, out of the competition and with only a few weeks training in the Kite-Surf discipline. We can’t wait to see how she progresses throughout the 2020 tour! Charlotte had a tough time in the lighter winds, and the youngster took advantage of the situation with a complete score of 9.34. She will face Ines in the semi finals, and this is set to be an exciting heat to watch!

In the forth heat of the day Peri Roberts AU was on fire! With consistent and powerful surfing, she soon pulled ahead of Lilian Malschaert DE. With a 7.13 and a 7.37 Peri took the highest complete score in Round 4 with a whopping 14.50. She now faces reigning world champion Carla Herrera SP in the semi finals. Lilian has been a great example of a female competitor here in Cape Verde, travelling with her young children, she highly recommends the spot as a great destination for active families to visit.
In the last heat of the day Carla had a tough ride against local rider Irati Fonseca CV. The Cape Verdean rode with style, and both women gave it their all in the small waves and light wind. Experience prevailed giving Carla the lead with a complete score of 8.13. She now goes through to face Peri Roberts in the next round, where there is sure to be powerful riding from both women!
One round of four heats was completed in the women’s division. 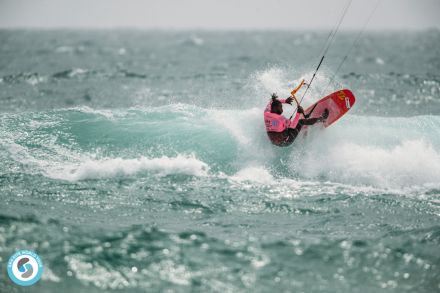 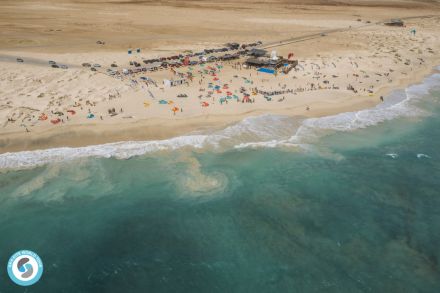 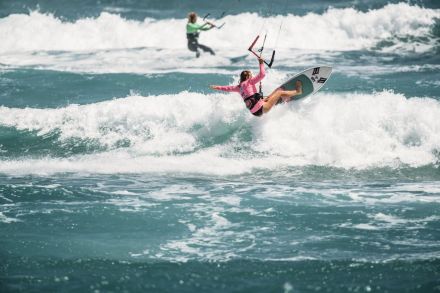 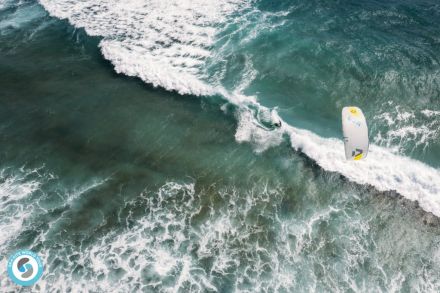