The GoPro World Longboard Championships in China hosted by Wanning that began in excellent surf conditions at Riyue Bay on Hainan Island last week is a wrap. Tropical weather, warm water and super consistent clean offshore surf all made for an incredible event. Near perfect 3 to 4 foot surf provided the perfect canvas for the world’s best longboarders all fighting for the sport’s ultimate prize in the finals, but it was Harley Ingleby and Chelsea Williams who were the last ones standing.
14. 12. 2014 Comments: 0

The biggest surprise of the event was without doubt wildcard and current Australian Longboard Champion Clinton Guest sending home early Piccolo Clemente, reigning ASP World Longboard Champion. Another ASP Champion, Kelia Moniz also struggled early in the clash against fellow surfers but took off, ending up in the final heat where she eventually lost against Chelsea Williams. Remarkably Moniz and Williams have met in the final of the GoPro WLC four years in a row, proving that these two athletes really are on top of world at the moment. 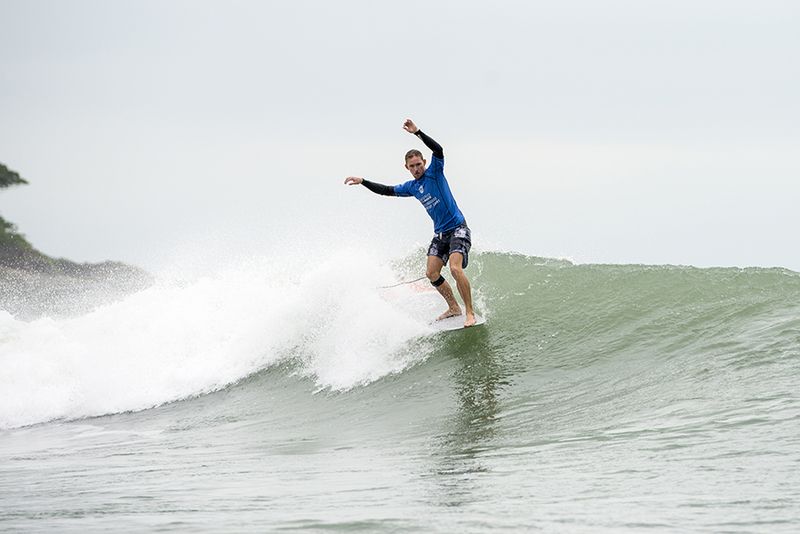 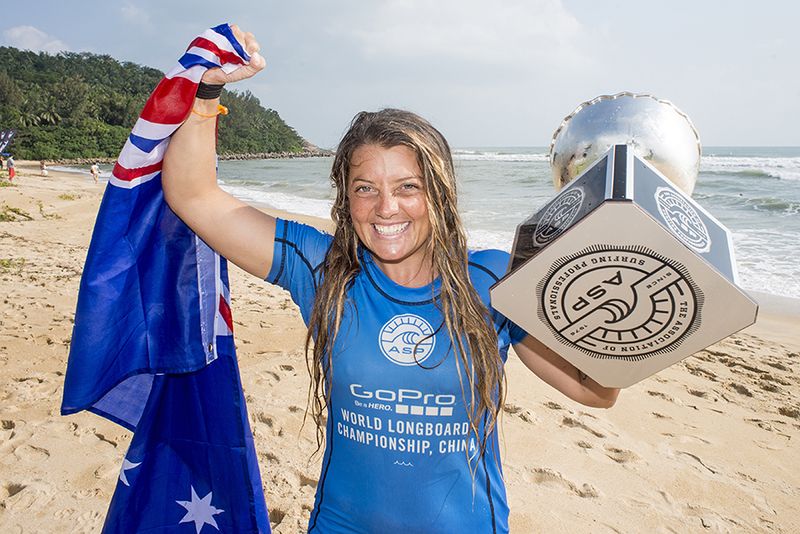 Williams was delirious with joy. “Did that just happen? I can’t believe it!” she said. “I’ve wanted to win a World Longboard Title since I found out it existed. For a long time people have been telling me I deserve to win, now I finally believe them. I’m so happy and thankful for the support of my family, friends and sponsors. It was an awesome Final, Kelia (Moniz) is so good, we have a fun rivalry going and I’m glad that I got her back.” 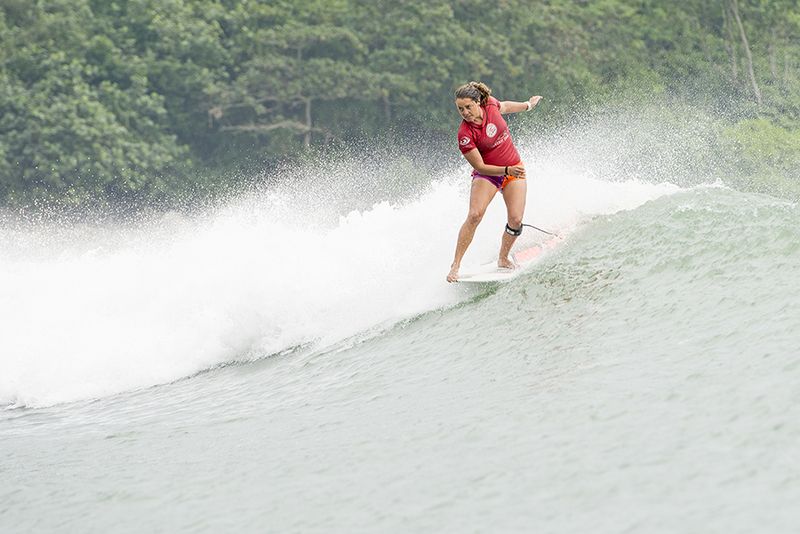 The men's final was quite a drama as pumping typhoon swell in the 3 to 4 foot range groomed by offshore winds set the stage for the world’s best longboarders to battle it out for the Title. It’s been five years since Ingleby won his maiden ASP World Longboard Title and this was his chance to secure a second crown. He struggled to adjust to the waves at first but then he took off and literally stormed through the draw to finally beat the form surfer of the event Phil Rajzman in the Final. 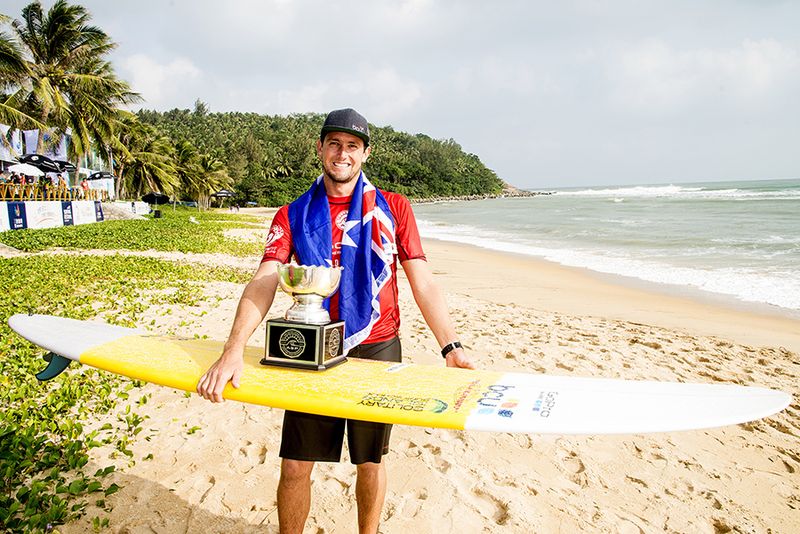 Rajzman, who won the ASP World Longboard Title in 2007 has been dropping massive scores all week long and has been on point on China’s long lefts at this year’s GoPro WLC. But it is a sport in which everything is possible and Ingleby's incredible finish secured him gold leaving Rajzman with just few points behind. 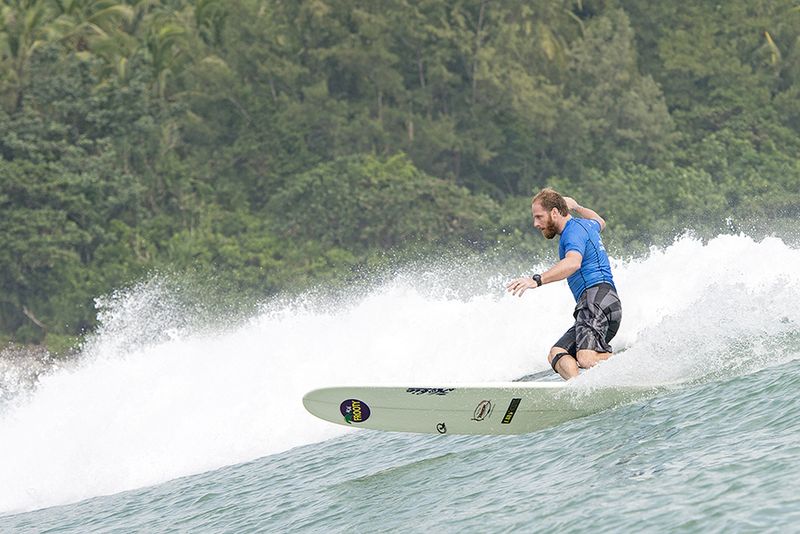 Phil Rajzman has been on fire all event

“This is the best feeling in the world!” Ingleby said. “Winning my first Title was more of a relief, but this one feels incredible. Phil (Rajzman) has been on fire all event, at one point in the Final he only needed a 4.50 to take the lead and since he’s been posting 8s and 9s all week — I was so nervous. I had a bad start to the event and some heats I just needed to grind out. In the Final everything went my way and I’m still in shock. It’s great to have won, all of the surfers in this event are so talented I look up to them all. I’ve been working with ASP as the surfer rep to get this event going and I’d to get more events up and running and hopefully leave the sport in a better state than when I joined it.” 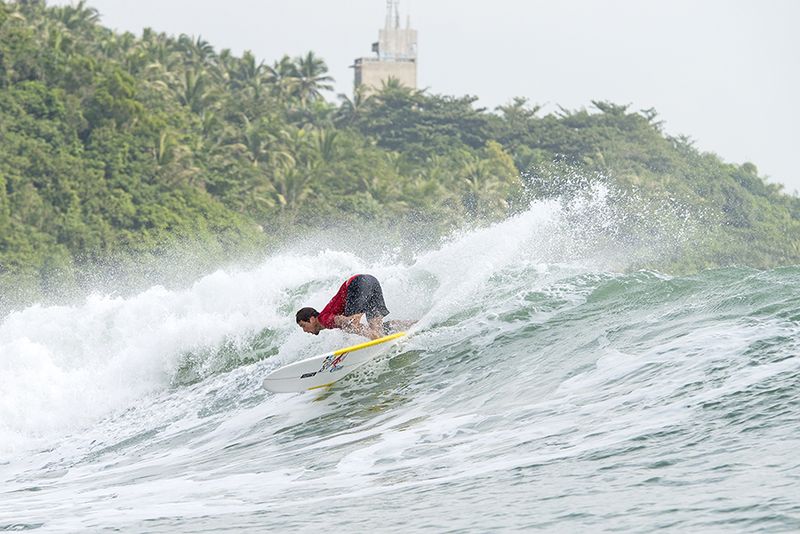 Rajzman's second place wasn't exactly what he hoped for but took it well. “I came here to win but unfortunately I lost and that’s a part of the game,” he said. “Harley (Ingleby) is such an awesome surfer and I’m happy to see him win".