When the Big Wave Tour event organizers made the call this Sunday to proceed with the first surfing competition of its kind to run at the infamous break known as “Jaws,” with competitors paddling into the notorious wave known for its incredible power and towering wave heights, one thing was clear right off the bat; this is going to be an epic ride. And it was, delivering massive 40’ - 50’ faces, Jaws didn't disappoint. On this monumental day local Hawaiian Billy Kemper has emerged victorious but huge congratulations must go to all the competitors surviving terrifying wipeouts. This might have been just the best ride of the year.
8. 12. 2015 Comments: 0

This historic event marks the first BWT event at one of the most renowned waves on the planet, with competitors paddling into the gigantic swell with no tow-assist given.  The wave's notorious reputation is indisputable; the remote cliff-edge location on Maui’s north shore was even closed to the public due to safety requirements. But that couldn't stop the best big wave surfers from having a go on what's recognized as one of the most dangerous waves in the world. And especially Billy Kemper, after catching the very first wave of the event, never looked back and earned great rides throughout the day, bettering his single-wave scores with each, successive round. 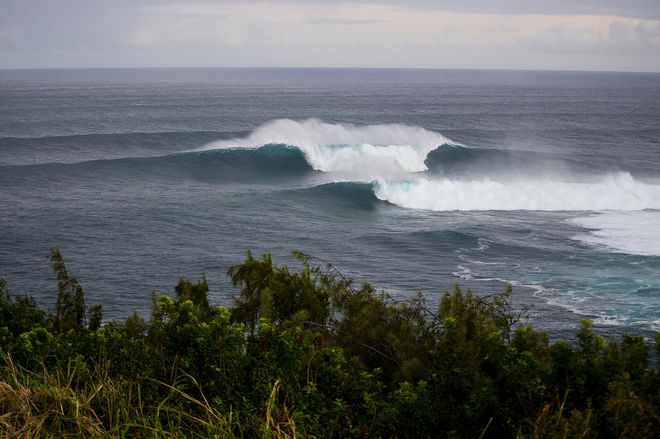 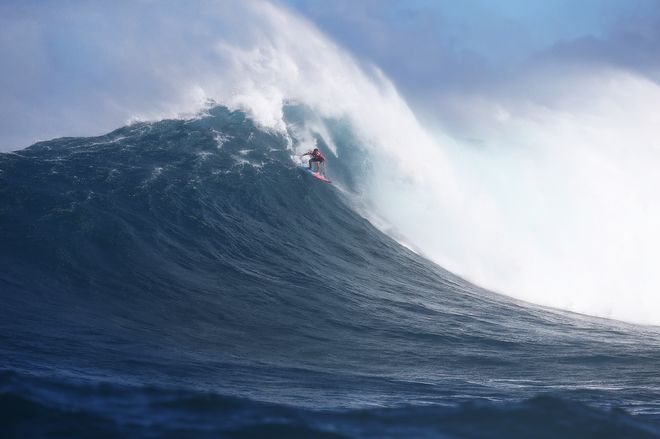 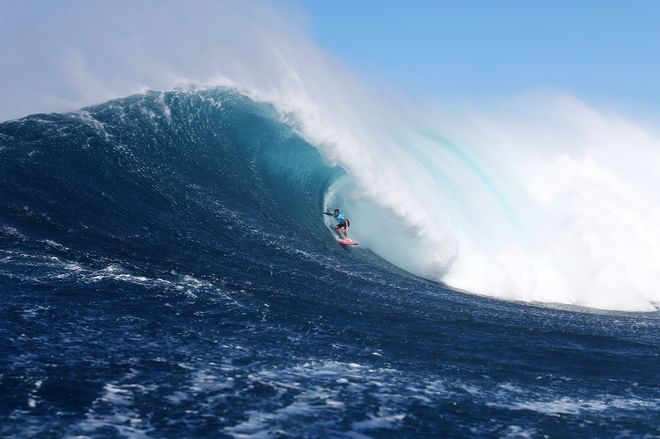 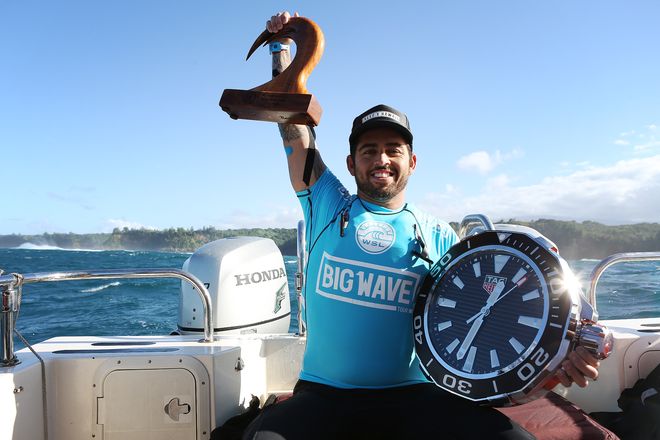 Hailing from the nearby Maui town of Ho’okipa, near the amphitheater-esque cliffs of the infamous venue, Kemper has beat out an international field of big wave gladiators to claim the crown with no shortage of action, carnage and high drama. The 25-year-old put up a highlight reel of impressive surfing - earning an 8.00 (out of a possible 10) in the Final, which, with the BWT format, equivalates to a 16.00 (out of a possible 20) as a surfer’s top score is scored twice. Backing it up with a 6.77, the Maui native came away with a historic win.

“This is a dream come true,” Kemper said. “We’ve been talking about this moment for years and to have a paddle event in my backyard at, to me, one of the most premier, outstanding waves in the world, means everything to me. I just want to dedicate to this my brother. To paddle Pe’ahi has been a dream of mine for a very long time and to be out there with some of my favorite surfers and best friend - I’m just speechless.” 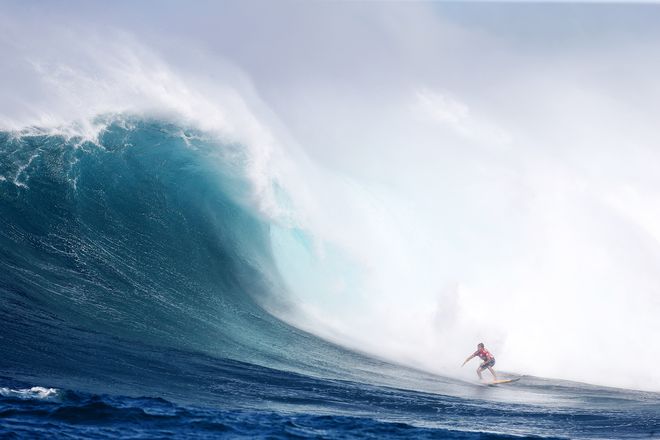 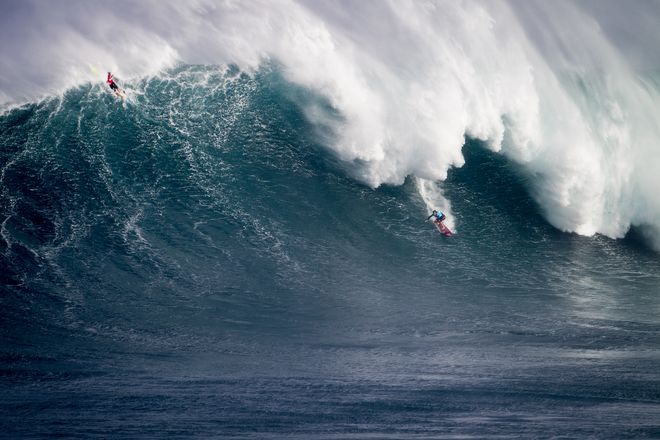 Earning a third-place, a true legend of the big wave sport, Greg Long secured the highest single-scoring wave of a 9.00, pulling a critical drop and locking into a massive barrel. The 32-year-old Californian knows this lineup all too well and couldn’t believe the waves that were coming in. Photo: © WSL/Kirstin

With the treacherous swell in the water, each of the surfers and WSL water-safety staff kept a close watch on all involved in the event, including several dramatic wipeouts.

“We passed the word talking out there and I told the boys we can always surf another big day at Jaws but we can never replace each other,” Kemper said. “The main thing is at the end of the day to come back our families. I’m there for everyone and they’re all there for me. It’s a feeling you can’t reproduce or explain it to people. Just a feeling of breaking through a fear factor where it’s all adrenaline. I’m over the moon"