The Vans World Cup of Surfing at Sunset Beach held on Oahu's North Shore is a wrap. The second jewel of the Vans Triple Crown of Surfing, the Vans World Cup saw Tahiti's Michel Bourez to record a stunning victory in triple overhead waves. Bourez is now at No. 2 on the Vans Triple Crown series ratings behind Payne, who he turned the tables on in Hawai. It will be exciting to see who will emerge victorious at the end as their final battle has already come down to the Billabong Pipe Masters being held as of this Monday!
9. 12. 2014 Comments: 0

Although he struggled at first rounds, Bourez saved his best for last one and then laid it all on the line, completely applying himself to every turn for maximum power, deep carves and even the best tube ride of the competition. But Bourez's rivals never relented, especially Payne. En-route to the final his surfing was clearly at a level above the rest of the field. After a win at Haleiwa two weeks ago, Payne leaped into qualification contention for the 2015 Championship Tour. 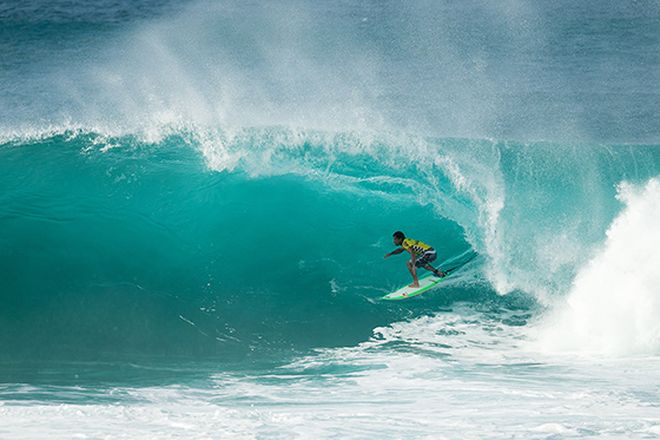 His second place finish in Hawai secured his place among the elite Top 34 for next year. As the icing on the cake, the ASP also offered Payne a start in the main event at next week's Billabong Pipe Masters, giving him a shot at winning the Vans Triple Crown title - a pro surfing accomplishment that is second only to an ASP world title. Stay tuned!