River surfing is the sport of surfing either standing waves or tidal bores in rivers. Claims for its origins include a 1955 ride of 1.5 miles along the tidal bore of the River Severn. River surfing on standing waves has been documented as far back as the mid-1970s in Munich, Germany, today offering the world's largest urban surfing spot.
27. 6. 2013 Comments: 0

In this type of river surfing, the wave is stationary on the river, caused by a high volume of water constricted by flowing over a rock and creating a wave behind. It is a form of hydraulic jump. A river surfer can face up-stream and catch this wave and have the feeling of traveling fast over water while not actually moving.

A tidal bore (or simply bore in context, or also aegir, eagre, or eygre) is a tidal phenomenon in which the leading edge of the incoming tide forms a wave (or waves) of water that travels up a river or narrow bay against the direction of the river or bay's current. 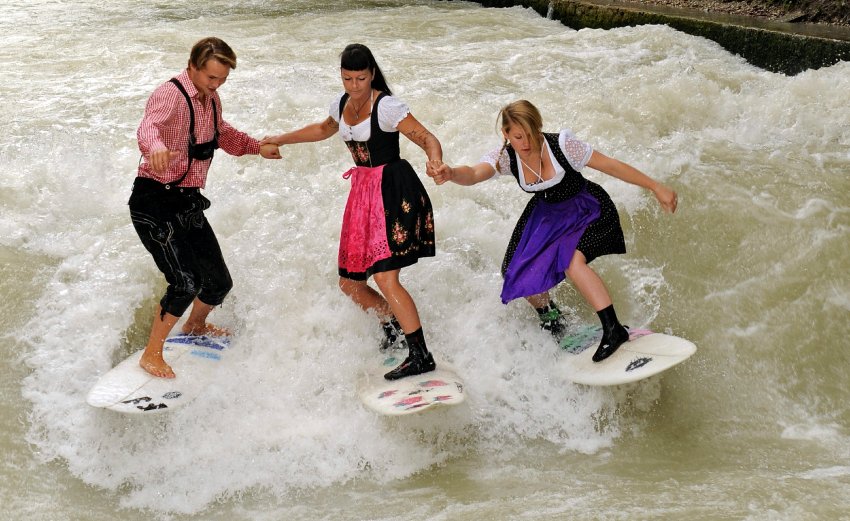