The Gold Coast has some of the most beautiful beaches in the world with some world famous surf breaks. Adrex.com, through its travel-envoys, is about to introduce you a detailed picture of Australia’s favourite surfing playground. We would like to dedicate our Australian surfing reports especially to athletes living here for many years and having the best knowledge of the area.
15. 7. 2013 Comments: 0

Chris is the founder of Surf In Paradise and takes the majority of the surf lessons. He has been surfing since the age of 6 and has surfed locations all over the world. He has a degree in Coastal Resource Management and has also been on solo yachting adventures. Chris has lived locally at Main Beach for the last fifteen years and has been a surf coach for the last seven of those. During that time, he has taught thousands of people how to surf. Chris offers some great surfing tips and has a high success rate of teaching people to stand in their first lesson. He has loads of knowledge, experience and patience which has developed from many years of work in both education and surf coaching. Chris has a genuine passion for teaching his clients how to surf and providing them with a fun and memorable surfing experience.

Surf In Paradise hold most of their surf lessons at the Spit which is just a short 10 minute drive north of Surfers Paradise. The Spit is one of the few areas on the Gold Coast that has been saved from development and is the ideal location for beginners to learn how to surf. The Spit has a break wall which not only allows for the formation of good sand banks but also reduces the strength of the stronger sweeps that occur on the more exposed beaches along the Gold Coast.

During the Surf In Paradise lessons you will learn how to use surf etiquette, read surf conditions, identify good waves to catch, paddle through waves, get longer rides, stand up faster, turn forehand and backhand, position yourself to catch good waves, take off on unbroken waves (when conditions allow for this), develop a bottom turn understand different surf boards and find a board that’s right for you.

To find out more about Surfing Lesson Prices & Packages go to:  www.surfinparadise.com.au 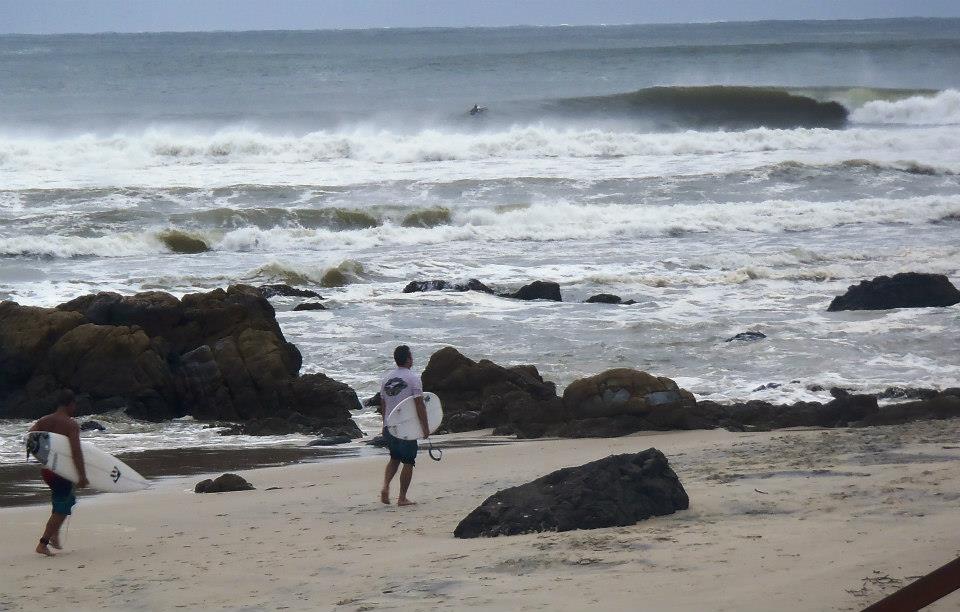 The small rocky headland Kirra Point separates Kirra beach to the north and Coolangatta beach to the south, and is noted as one of the world's premier surf breaks.