The 31st Annual Quiksilver In Memory of Eddie Aikau Has Started

The traditional Hawaiian opening ceremony for the 31st annual Quiksilver In Memory of Eddie Aikau took place this weekend as the sun set on Waimea Bay, Hawaii. It was an emotional gathering of big wave legends, rising stars of contemporary big wave surfing, the Aikau family, and surfing's expanded circle of friends and fans. The Quiksilver In Memory of EddieAikau is a one-day big wave riding event with strict wave height requirements; it will only take place when waves meet or exceed the Hawaiian 20-foot minimum (wave face heights of approximately 40 feet). This was the threshold at which Eddie enjoyed to ride the Bay. The event has a three-month holding period that will begin December 1, 2015, and run through February 29, 2016.
9. 12. 2015 Comments: 0 Photos: 13

Eddie Aikau's younger brother Clyde set the tone for this year's event when he announced it would be his final year of taking to the hallowed lineup that he has ridden since first lifeguarding the Bay and riding giant waves with his big brother more than 40 years ago. Today, at 66, he describes himself as "the oldest, most serious big wave rider on the planet". He has surfed in every Eddie Aikau event held since its inception in 1985, and won the 1989/90 event. This year's selected Invitees gathered together in Waimea Bay Beach Park to first receive a blessing from Hawaiian Kahu Billy Mitchell. With a clear and deliberate voice, Kahu Mitchell reminded surfers of their duty first to the care of one another in the lineup, perpetuating Eddie's legacy as a caretaker of the Bay, watching over the safety of other surfers ahead of pursuing the biggest waves themselves.

"This is a message of Aloha," said Mitchell. "This is about how surfers will treat each other when under some of the greatest pressure of their lives." 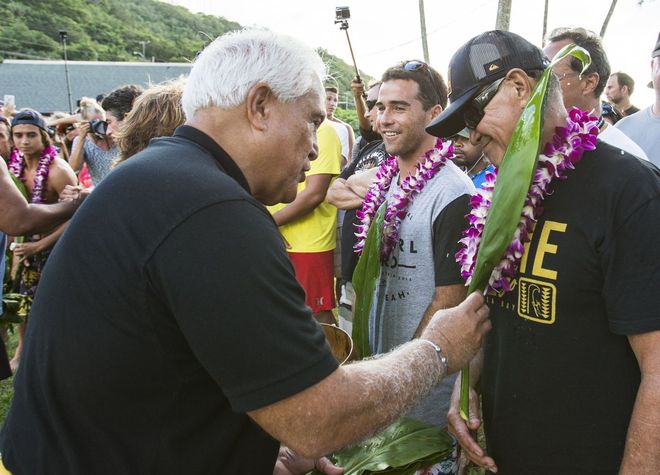 Following the official blessing, the Invitees collected their surfboards and paddled out the surf line at Waimea to gather together as a connected circle of one family of big wave riders and pay homage to those who came before and those who ride Waimea today. "Just like the Aikaus are one family, big wave riders are one family," said Aikau. "What I try to do each year when we make that circle is reach for the surfers' inner soul, for their inner spirit. Because when you're putting your life on the line, it's what's in your spirit that will pull you through. So I try to reach their passion... their reason for why they're putting their lives on the line." 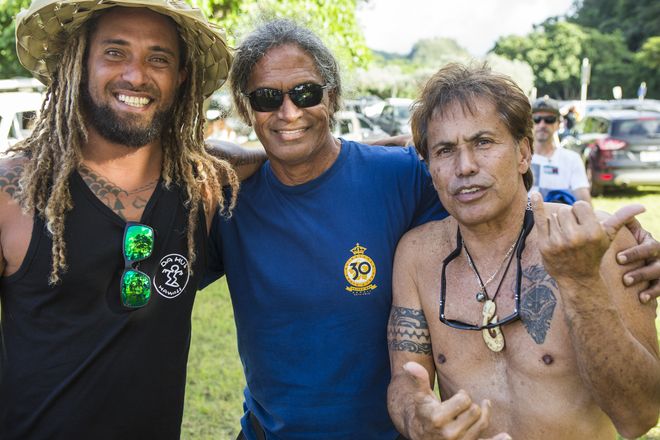 With a strong winter for giant surf taking shape, anticipation is high that the Quiksilver In Memory of Eddie Aikau - the original big wave riding event - will run. The holding period extends from now through February 29, 2016. All will wait for one giant day of surf to roll into Waimea Bay, and when that happens, "The Eddie" will GO. 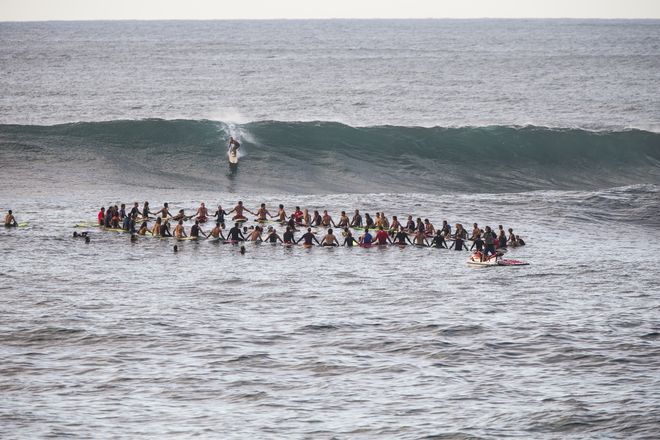 The Quiksilver In Memory of Eddie Aikau has only been held a total of 8 times, most recently on December 9, 2009, won by California's Greg Long. When the contest happens, it can be viewed via a live webcast on the event's official website. Stay tuned! 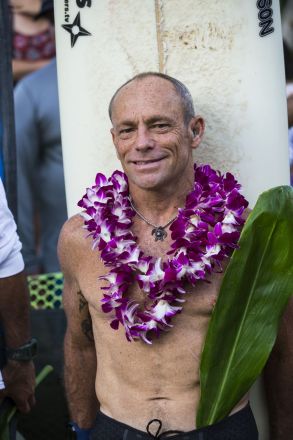 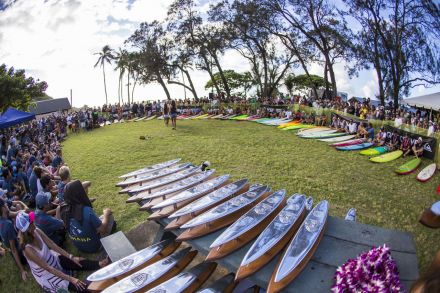 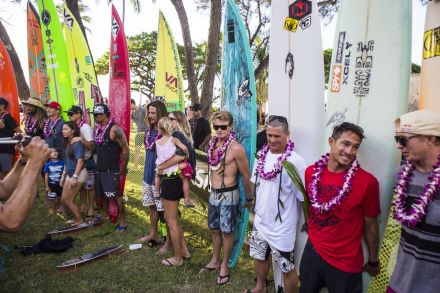