One of the most fun amateur and pro wakeboarding events of the year went off at the beginning of May in Nova Lima, Brazil. The weather was good, the occasional wind made it hard for some but all in all it was a superb weekend in the Lagoa dos Ingleses pond. It was a battle of two Nations - USA and Brazil from which American riders emerged victorious when Phil Soven triumphed over JD Webb and Austin Hair taking third.
20. 5. 2014 Comments: 0 Photos: 17

Riders warmed up in a quarter final round with the traditional two fall format. Typically, riders have a 110’ step-up/down rail to work with in their pass; however, lake level was just a bit too low to use. Each rider basically got about ten off-the-wake tricks to crank out the best pass of their potential. The extra wake tricks meant that riders would have to take at least a trick or two to the flats and the judges liked it, rewarding big, clean and grabbed riding consistently throughout the contest. 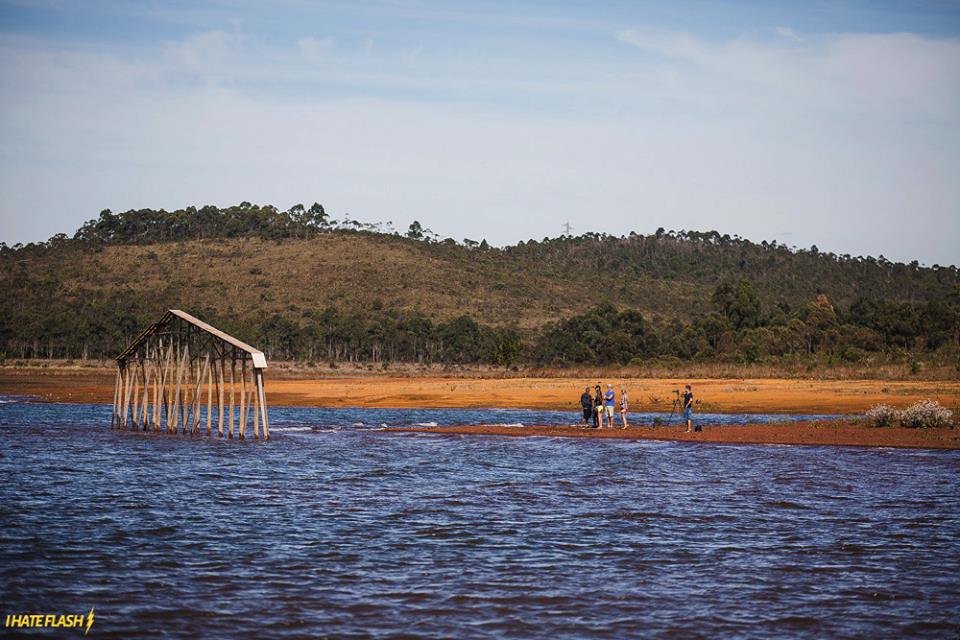 The rail that couldn't be ridden

An LCQ (Last Chance Qualifier) was put in place, so riders used the quarters as an easy, stress-free down and back to dial in their future passes. Winning their Quarterfinals heats, Phil Soven, Jeff House, Austin Hair, and Marreco Giardi laid down the law in the windy conditions. Second place riders, Felipe Martins Pinheiro, Henrique Daibert, JD Webb and Danny Thollander would advance as well, while 3rd and 4th place riders moved to the LCQ. 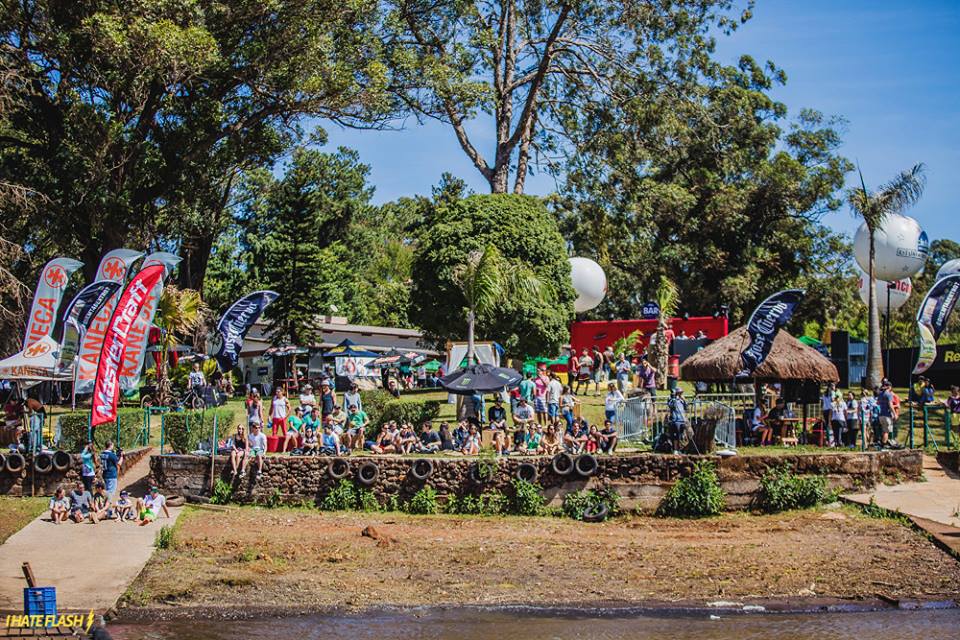 While the wind picked up a bit for the LCQ, Victor Cordeiro, whom had an unfortunate Quarterfinal heat, was able to redeem himself with a massive toe 7 and stylish riding to advance him into the Semi Finals. Marcos Amato also advanced an up and back two passes that other riders in his heat just couldn’t execute on this level. 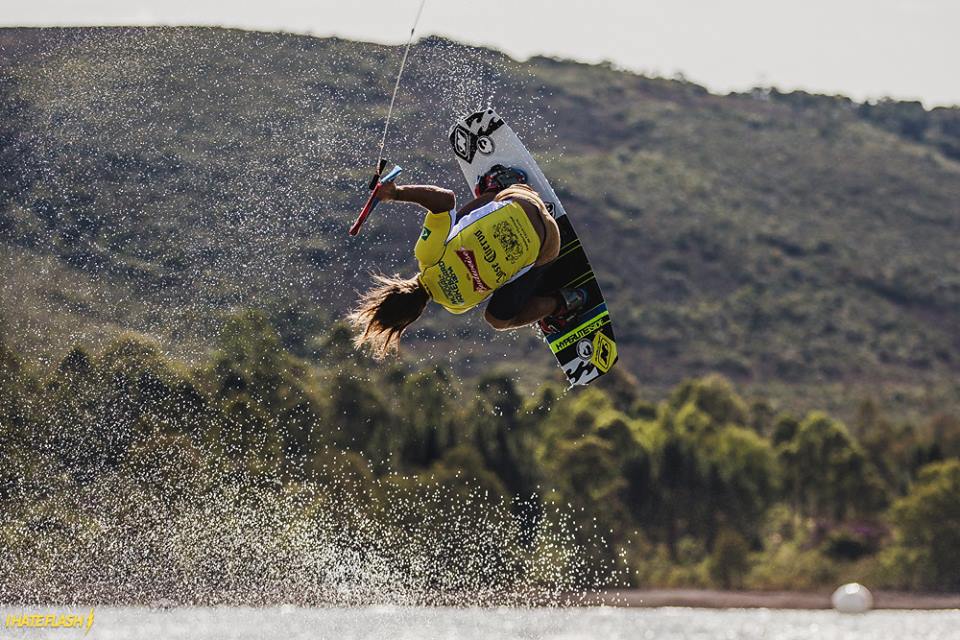 With two riders advancing from semifinals to finals, the heats went off! Brazilian rider, Marreco Giardi came in swinging with a solid down the way pass; however, fell just short of JD Webb whom put together two passes consisting of unique, grabbed tricks. Austin Hair would win this heat and advance to the final with switch and regular toe 7s and tons of techy flip tricks. Phil Soven also landed his first ever Osmosis Melon Frontside 5 in a contest with the grab held the entire way around, scoring him the highest of the contest. 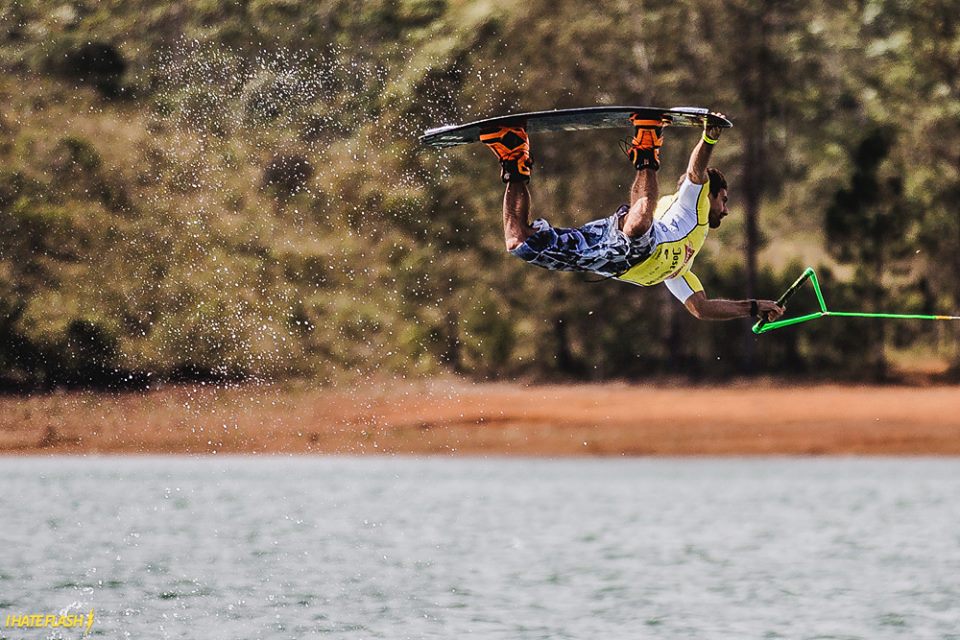 Finals consisted of JD Webb, Danny Thollander, Austin Hair and Phil Soven ripping it up. Thollander, Hair and Webb gave it a solid attempt, gunning for it off the dock; however, Phil Soven was simply too much to handle, literally, and put down two almost flawless passes, stepping it up with several Mobe 5s and clean riding all around. As the confetti flew and champagne bottles popped, it was Phil Soven, JD Webb and Austin Hair in first, second and third, respectively, taking home the majority of the $20,000 USD. Next stop, Wakestock Canada! All images are courtesy of ihateflash.net. 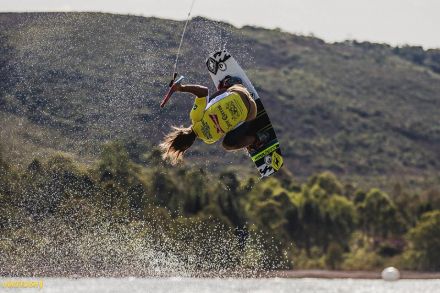 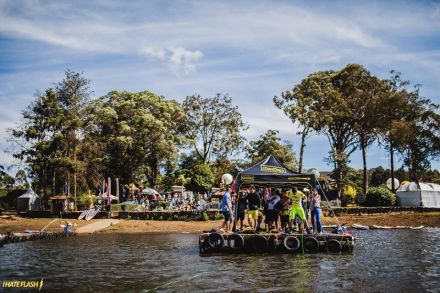 Summer is fully on, so are the wakeboard contests. Lake of the Ozarks, Missouri's lake and outdoor destination hosts a popular wakeboarding competition called BROstock, during the second weekend of June 2014. Top wakeboard riders such as Bob Soven, Shawn Watson, Shane Bonifay or Danny Harf will…