British Aerobatic Academy is the preeminent flying school in the UK with excellent reputation. Its students come from all around the world to learn with BAeA. The machines used during training are Extra 300L and Extra 200. Extra 200 is optimal for training up to and including advanced level. Extra 300 is appropriate for freestyle and aerobatic flying because it is more powerful aircraft. If you seek only short aerobatic experience, you can book a 40 minutes aerobatic flight and you can purchase record of the flight taken with camera.
31. 3. 2014 Comments: 0

Extra 200 - The British Aerobatic Academy has a variety of aircraft available but their main work horse is the Extra 200. They will shortly be getting a second 200. The Extra 200 is very high performance having the same rate of roll, control response and G limits as the Extra 300 but is approx half the hourly rate, making it economical and allowing their students to do more flying for their money. 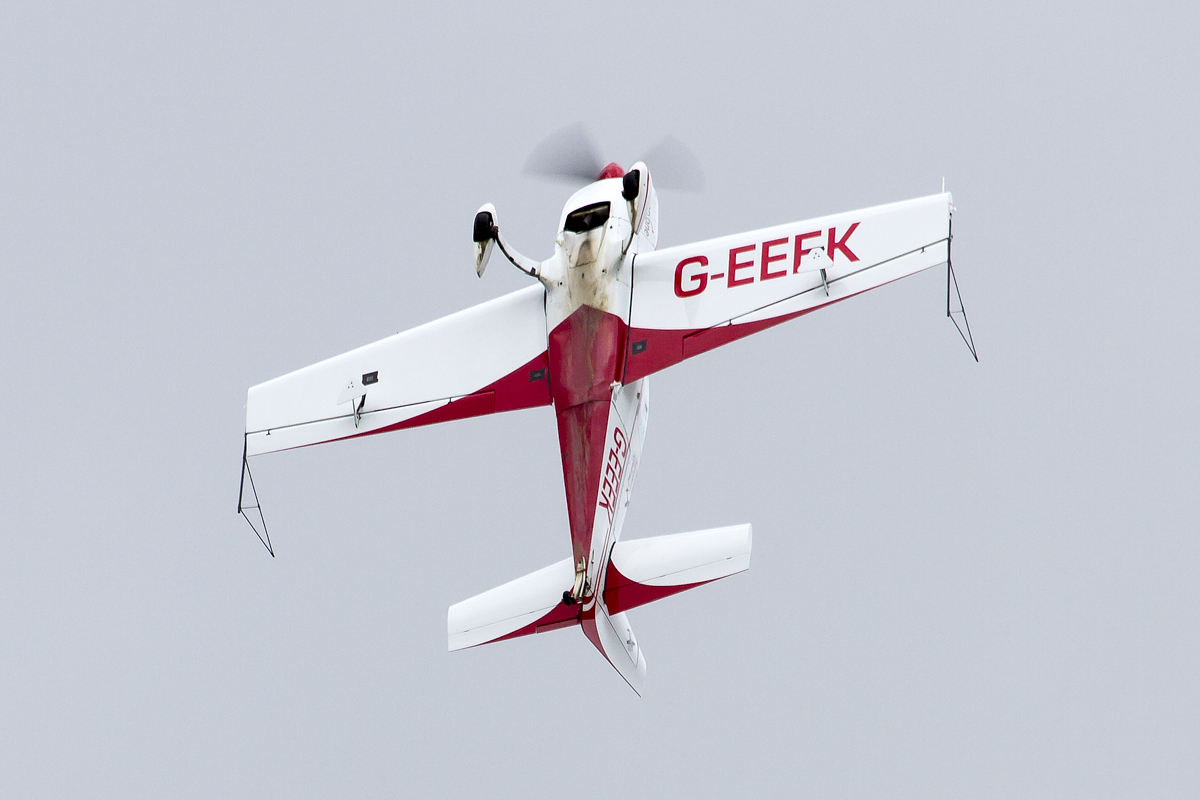 The Extra 200 is a two tandem seat unlimited aerobatic aircraft. The aircraft is fully capable of flying any known aerobatic figure and is competitive at Advanced level national and international competition.  The Extra 200 is a low-winged monoplane with a tail wheel landing gear and is smaller and lighter than the Extra 300 bhaving the same wing and tail as the single seat Extra 300s.  The Extra 200 is stressesed and certified for ±10 G with an ultimate load of approx 23g  It is powered by a fuel injected Lycoming AEIO-360-A1E which produces 200hp (149kW) and has a 3-blade constant speed MT propeller made of laminated wood encased in glass-fibre reinforced plastic.

Although more expensive per hour than a CAP 10C or a Cessna 150 aerobat, the performance means that students get dramatically more "Bang for their Buck". To take an extreme example, compared with a Cessna Aerobat, you can achieve more in 30 minutes in the Extra than in over an hour in the Cessna because the rate of climb is so much better and it is not necessary to accelerate prior to rolling. We can enter a stall turn at any speed between 80 and 200 kts! 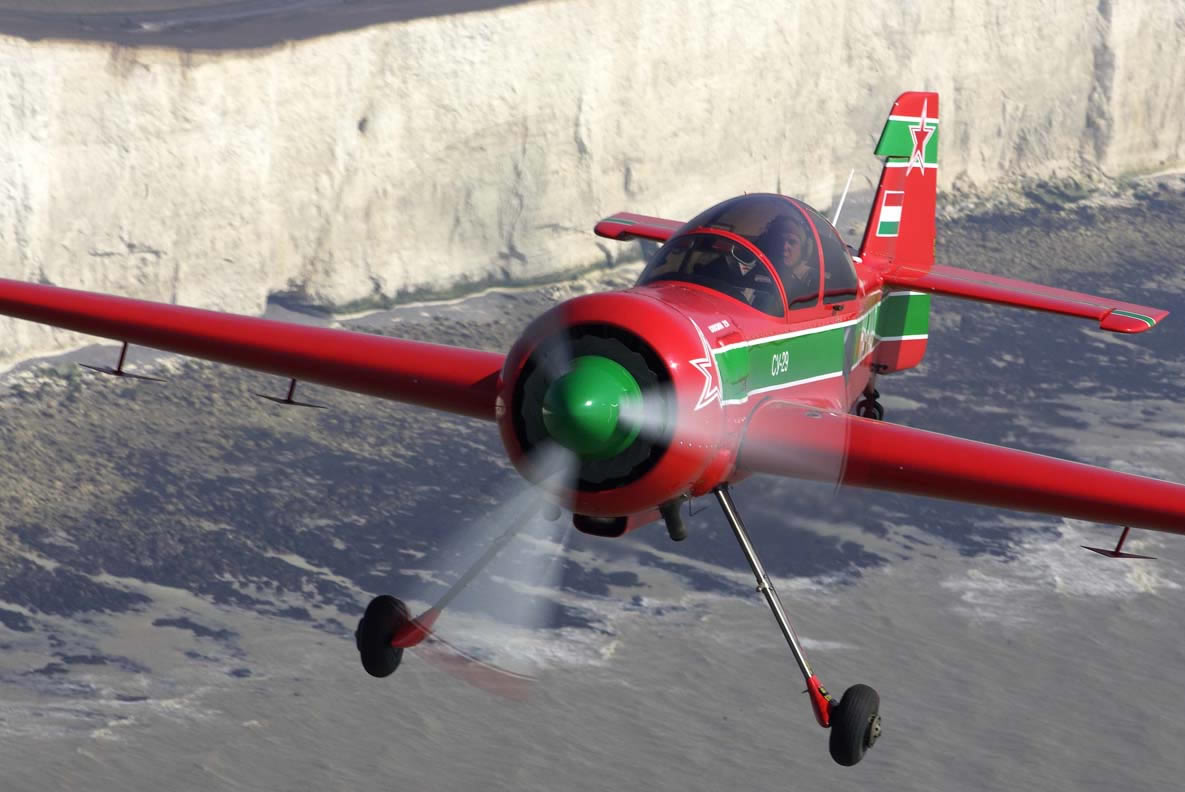 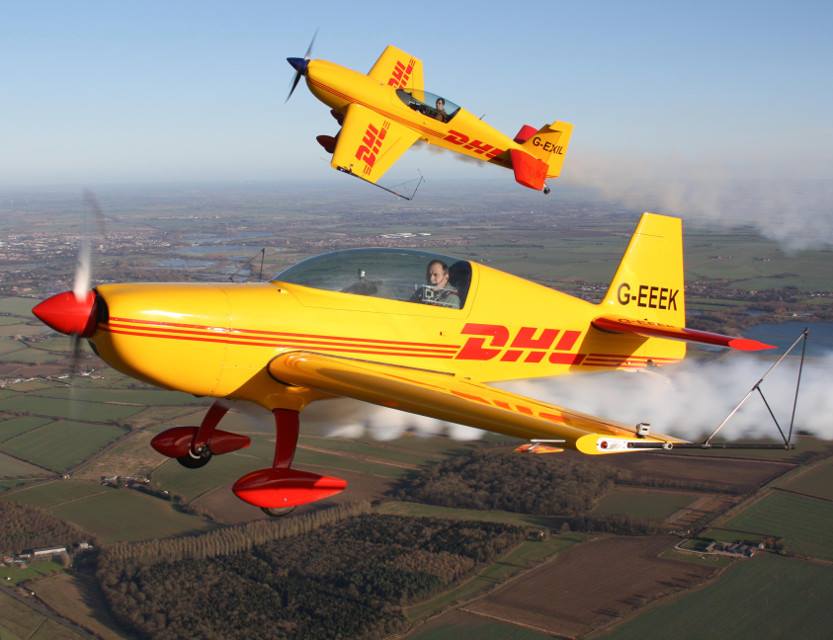 Close formation is defined as when an aircraft is flying in close proximity to another aircraft in such a manner as to require the following aircraft to take all external visual references solely from the lead aircraft. Close formation leading is defined as being totally responsible for all aspects of the safety, terrain clearance, positioning and handling for a number of aircraft that are formating in close proximity to the lead aircraft.

Advanced - Formation manoeuvring where there is no limit to bank angle or pitch angle (Aerobatics).
Tailchase is defined as a number of aircraft following a leader in loose proximity, in line astern, whilst the leader carries out a series of manoeuvres of an aerobatic or semi- aerobatic nature. Each aircraft in turn will generally follow the leader's flight path but retain a high degree of individual decision making over the exact path taken. Separation distances vary from 50 to 200 metres. 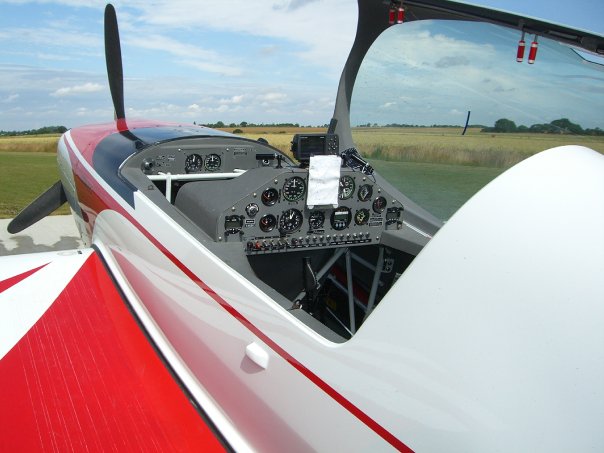 Aerobatics are the ultimate adrenaline rush. An aerobatic experience flight will certainly amuse any adrenaline junky making it the perfect gift. If you would like to purchase an aerobatic flight experience, please call 0771 2864413

Our aerobatic training aircraft looks very similar to the Red Bull Air Race planes, so you will get a taste of what it's really like. The aerobatic flying experience will be tailored to meet your needs and you will land totally exhilarated. The skill in flying a successful Aerobatic experience or trial lesson is to give the exhilaration without terrifying or making the student / passenger ill. You will land wanting more! Of course more is available!

The Extra 200 is a powerful and capable aircraft, unlike many other aircraft, little time will be wasted climbing to height, it gets there very quickly!For the pilots amongst you, the most significant and most striking quality is it’s extreme responsiveness and agility. It has a symmetrical wing with no washout or dihedral and flies equally well inverted or erect! 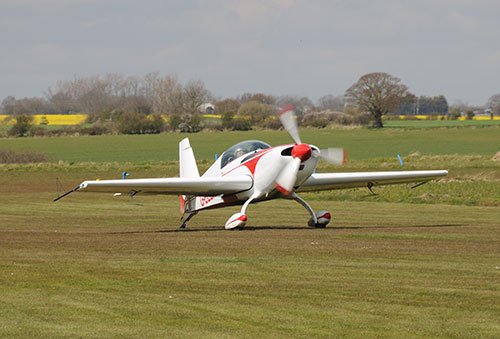 For additional information you can go to: britishaerobaticacademy.com

All images are property of  British Aerobatic Academy.  Video: Youtube