During the past 33 years, Ocovski Bacovia have been applauded by millions of viewers around the world. Their performance always shocks not only common spectators, but also specialists in the field of aviation. They are probably the only aerobatic gliding formation in the world. Bacovia perform every year on several air shows both at home and in various foreign countries. In 1999 they were awarded by "Le Diplôme d'honneur" of World Air Sports Federation for their contribution to the group flying.
2. 6. 2014 Comments: 0

We are glad to have Ocovski Bacovia here on Adrex.com as we are in contact with only a few aerobatic gliders´pilots, but have not heard of any traditionally organized aerobatic gliding group yet. Ocovski Bacovia team represents unrivalled performances in a totally unique discipline of aerobatic flying. They fly L-23 Blanik aircraft in a 4-way formation. The so-called Super Blanik (L-23) is an improved version of the legendary Czech two-seat glider L-13 from Kunovice. This aircraft is primarily used for flight training but Ocovski Bacovia have taken up its flying to another dimension - an amazing art gliding show. 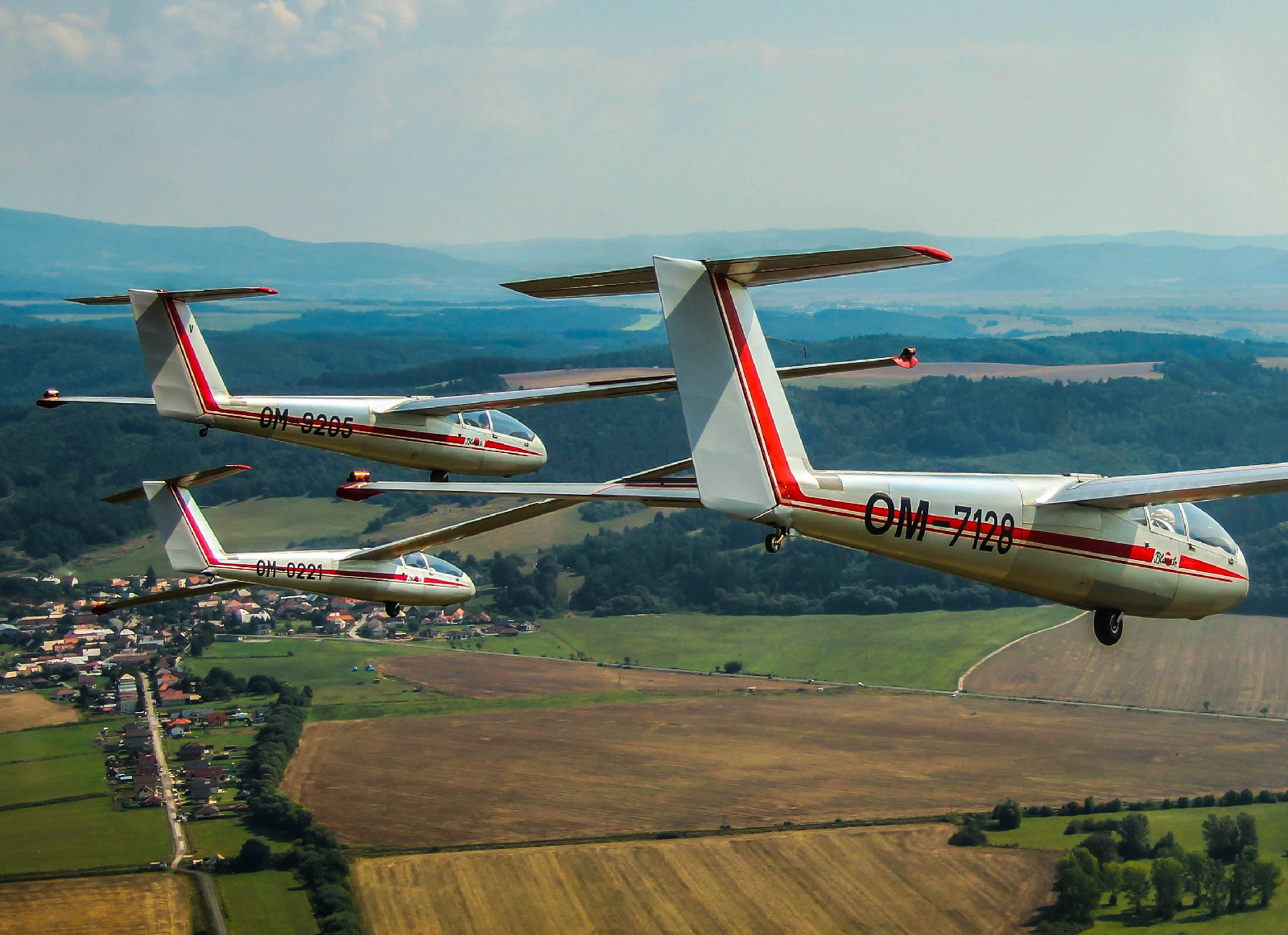 Ocovski Bacovia - a free English translation of the title would probably sounded like Ocova´s Shepherds - named after the small Slovak village. Located right in the foothills of Low Tatras mountains in central Slovakia, the village of Ocova is just 10 minutes drive from the regional center of Zvolen. Roughly the same distance from Zvolen (south) it is also to their newly built airport at Dobra Niva, which has 600*35 m of grassy and 500*12 m of asphalted runway. Find the place on the map of Adrex.com Locations... 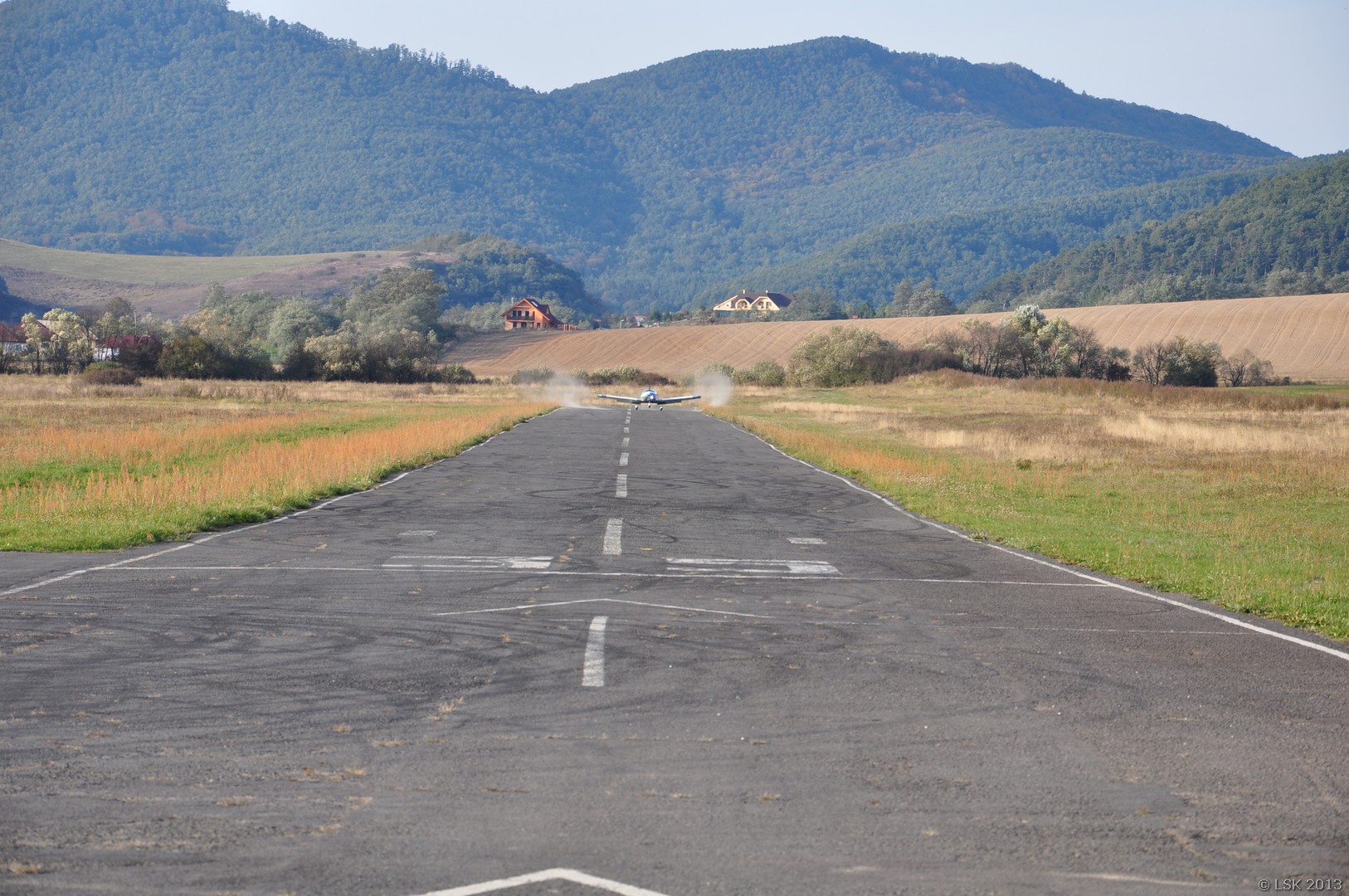 Ocovski Bacovia team consists of 4 pilots and 1 co-pilot (navigator). Each pilot has an instructor license and aerobatic license. Flying has been their hobby for already more than 30 years. Despite the fact that all members are active pilots (they have flown from 400 to 3,000 flight hours), they are all amateurs with different jobs from mechanic to student. Notable is also their unusually wide age gap, where the youngest is 20 while the most experienced 67 years. The team currently consists of Martin Tisliar, Luboslav Tomasovic, Jozef Lalik, Branislav Oltus, supported by pilot substitutes Jozef Prokay, Dusan Bystersky and towing plane pilots Julius Kovacik and Robert Makoviny. 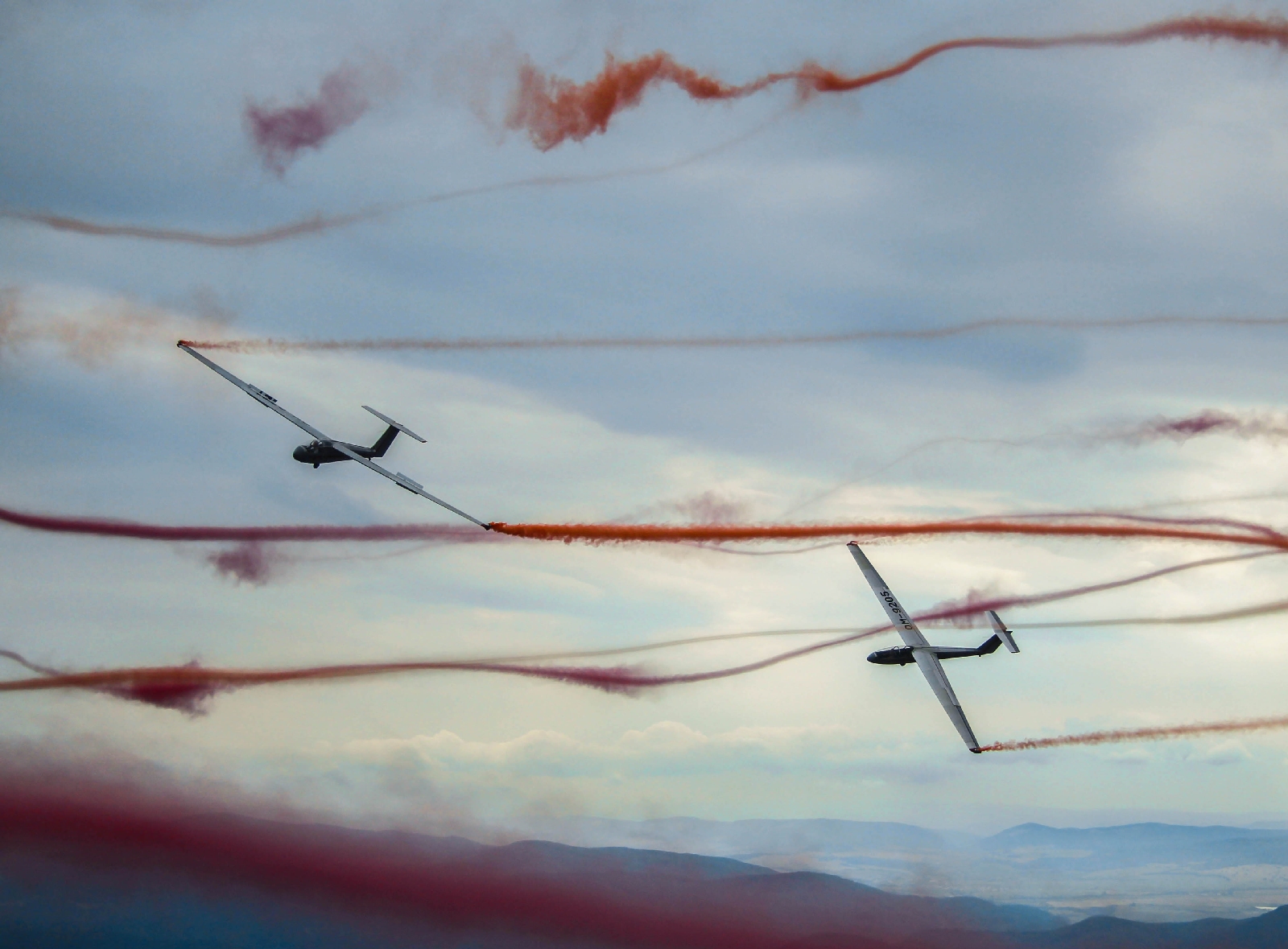 Their most popular performance takes approximately 8 minutes. The time does not include towing to 3,300 ft above ground. During the performance they usually use wing tips smoke effects and change formation of gliders even while looping. Average distance between aircraft reaches only 3 meters. During their flight demonstrations the speed ranges from 90 km / h to 250 km / h. Flight show is usually accompanied by music (Enya - Only time or Vangelis - Conquest of Paradise). See the video below this article.

In June 2006, in cooperation with Ocovski Bacovia, a Slovak gliding team set a world record in number of one-plane-towed gliders, when they took off the incredible 9 simultaneously towed sailplanes at the military airbase Sliac in Slovakia.