The Red Bull Air Race travels to Europe for the second leg of the 2014 World Championship with a first-ever race in Rovinj, Croatia. Britain’s Paul Bonhomme is holding on to a slim lead over Austria’s Hannes Arch and Canada’s Pete McLeod after the trio fought it out in an exciting battle for points in the season opener in Abu Dhabi.
7. 4. 2014 Comments: 0

The stop in Rovinj on April 12/13 will provide the Balkan region of aviation enthusiasts an eagerly awaited chance to see the high-speed, low-altitude racing. In one of the closest finals in the sport’s history in Abu Dhabi, Bonhomme stopped the clock in 56.439 seconds to beat Arch (56.776) by just fractions of a second.

Bonhomme, Arch, McLeod and Australia’s Matt Hall were the top four pilots in Abu Dhabi Corniche. Close behind the top four in the first of eight races this year were Britain’s Nigel Lamb (5), Germany’s Matthias Dolderer (6), Martin Sonka of the Czech Republic (7) and France’s Nicolas Ivanoff (8).

With new rules, such as all 12 pilots flying with standardized engines, the field has become more competitive than ever and even the four pilots who struggled in the United Arab Emirates –  Japan’s Yoshihide Muroya (9), Hungary’s Peter Besenyei (10), American Kirby Chambliss (11) and compatriot Michael Goulian (12) – all have genuine hopes of reaching the podium in Rovinj, a picturesque port town on the Adriatic Sea. 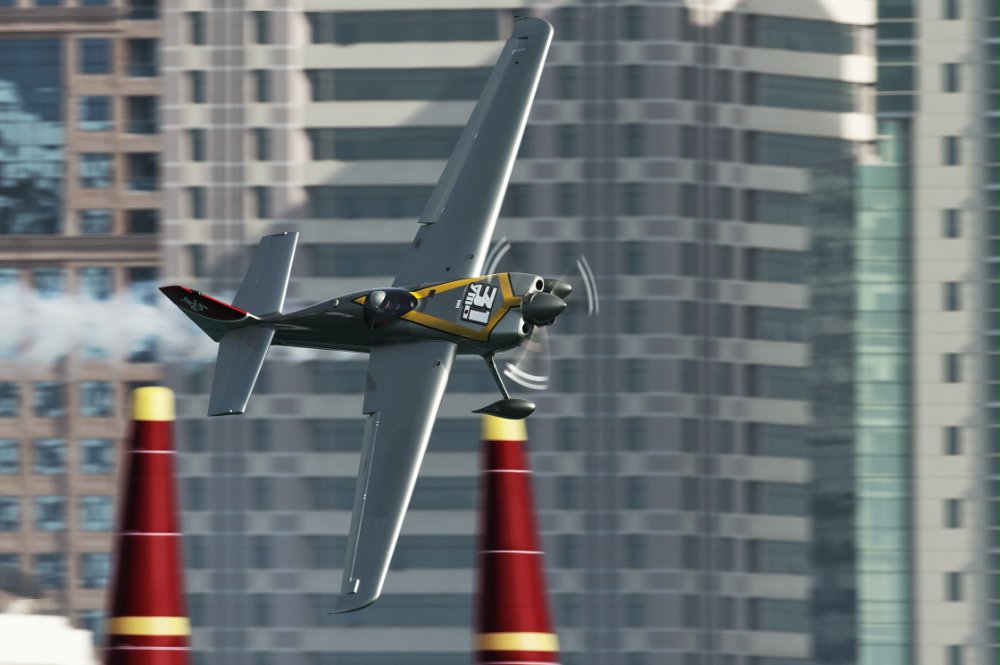 “I didn’t expect to see everyone’s time so close together,” said Bonhomme, who was relieved to get his 14th career victory in Abu Dhabi after being stuck on 13 wins since he got first in New York in 2010. “I had forecast that we’d see the time gaps narrow with the rule changes. But this was quite something. It’s a race now and you simply can’t afford to make any mistakes.”

The race in Rovinj will be a homecoming of sorts for both Arch of nearby Austria and Dolderer, who is from southern Germany. Both had large contingents of fans at the last race in Budapest in 2009 and both are hoping large numbers of supporters will make the journey to the spectacular city on the western coast of Istria near Italy, Slovenia and Austria.

“It’s the nicest location we have this year,” said Arch, the 2008 World Champion who has seven career wins and will be cheered on by loyal Red Bull Air Race fans in the region and from his native Austria. “I think it’s going to be one of the most exciting races ever.”

In the Red Bull Air Race, pilots’ race against the clock as they try to navigate their racing planes as fast as possible through a challenging low-altitude slalom course filled with Air Gate obstacles. The pilots reach speeds of up to 370 kilometers per hour and endure forces of up to 10Gs in the tight turns on courses.