Some people think he is crazy. Pro freeskier Mike Wilson is one of those people enjoying to push boundaries and personal limits. According to his own words, cliff diving, BASE jumping and skydiving came naturally. He has never really found a sport that he didn’t at least want to try. With his huge checklist of things to do before he dies, we will certainly hear of him in years to come.
17. 3. 2014 Comments: 0

Michael David Wilson is an American professional freeskier. He has been in the ski industry for a long time and was the first skier in the world to do a 450 onto a rail at age 14. And he was one of the first ones starting double cork revolution as he did the first one ever at the US Open in 2004 at the age of 17. Mike is known as one of the leaders of the freeskiing movement, and for pushing the limits by hitting bigger jumps and doing bigger rotations than almost anybody else. He has more world records and “worlds first” to his name than any other skier today.

Not just that Mike has been one of the best skiers out there , he has also taken liking for the extreme, getting involved in Skydiving and B.A.S.E jumping. He got hooked up by his friend JT Holmes (R.I.P), a big mountain skier, inviting him into the World of skydiving. Since then, he has been seeking spots regularly hitting some really big jumps over the years. One of his recent rope swing jumps took place in South Africa, The Magwa waterfall. 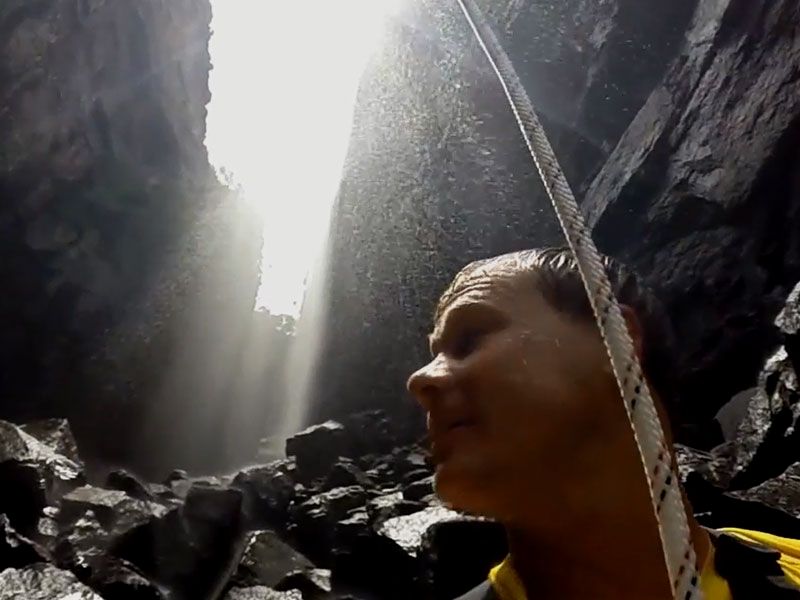 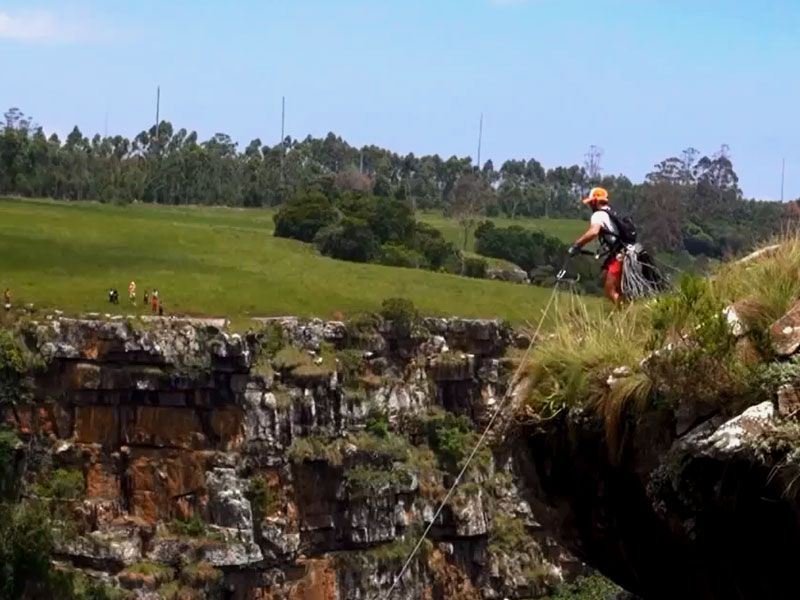 In the middle of a smallish plateau on the rugged Wild Coast near Indian Ocean lies 1 800 hectare Magwa tea plantation, South Africa's last remaining tea estate just outside Lusikisiki, a town in Ngquza Hill Local Municipality in the Eastern Cape province. The Magwa waterfall was created by a seismic activity a long time ago originating 144 meters deep rift. The place is pretty impressive and accessible too, you can drive right up to it on perfectly fine dirt roads.  Although on a much smaller scale, obviously, the Magwa falls have been said to resemble the Victoria Falls in Zimbabwe. 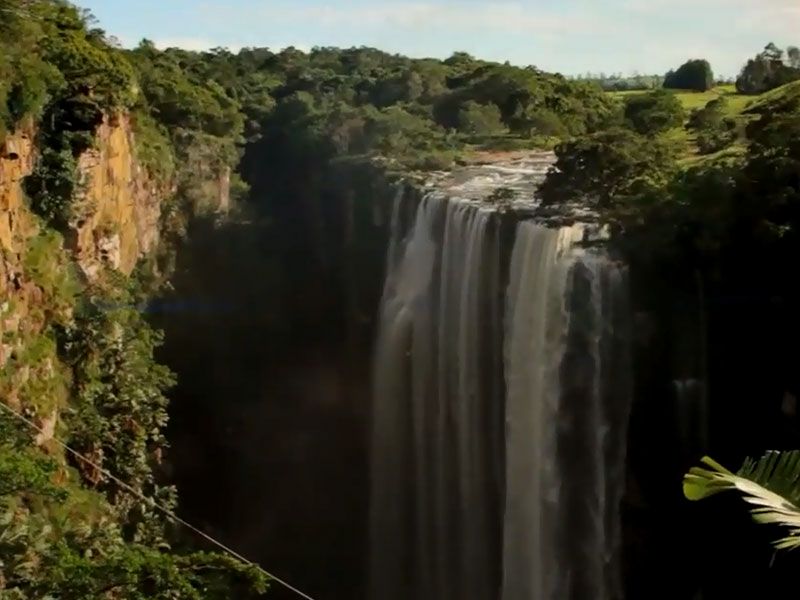 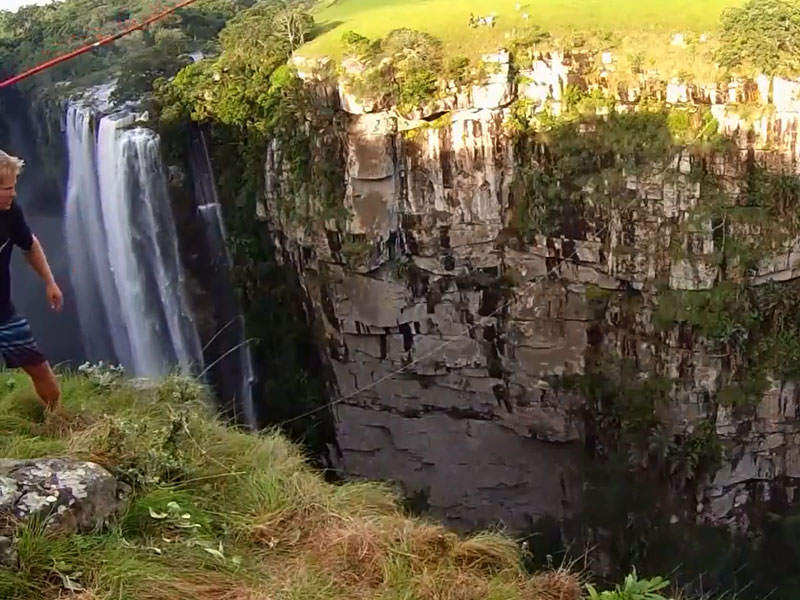 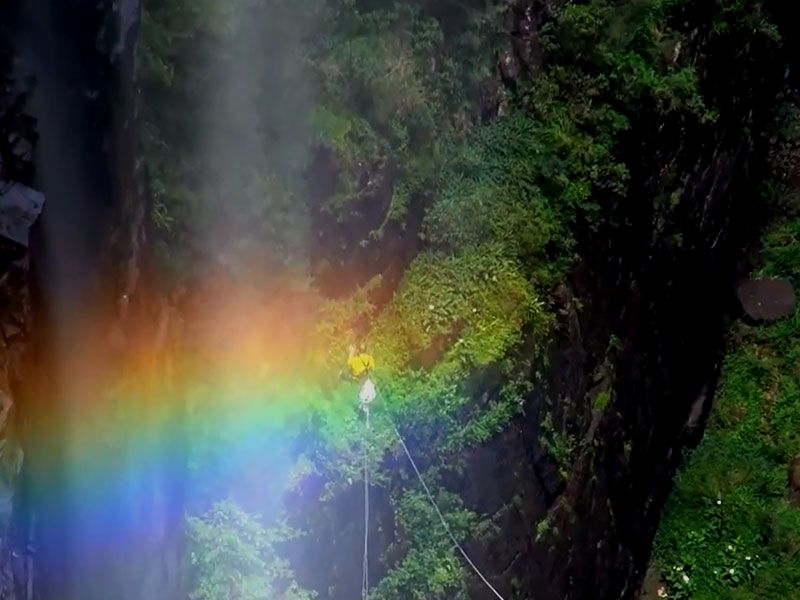