Harrachov´s TV (Ski Jumping Referee) Tower is the only place in the Czech Republic, where Bungee Jumping operates throughout the year. Originally built for those who had to evaluate style and sport performance of ski jumpers, only a few metal structures in the world have witnessed so many jumps around. Many famous jumpers have been showing off their skills in Harrachov for nearly 100 years. Now, you can rank among them. While the glory days of spectacular ski jumping racing seem somewhat forgotten, the tower found several other uses including no less exciting stylish jumps from its 36 meter tall construction.
12. 6. 2014 Comments: 0 Photos: 2

Harrachov is a well-established, traditional Czech winter sports city. Winter sports began operating here soon after the first skis were brought to Bohemia (19th century). In 1908, the "Society of Winter Sports" was founded in Harrachov. The first ski jumps, which Harrachov has become so famous for, were established in 1920. Then, in 1923, Harrachov hosted the first international ski race, which was attended by the best skiers from many European countries and also the USA. Since 1954 hosting international ski races has become regular. In 1980, the ski jumping and cross-country resort was renovated. At the same time the highest ski jump in the world - a giant K-185 was built in Harrachov. After the fall of communism in 1989, Harrachov began its rapid development towards a popular touristic destination. A huge amount of new accommodation and catering facilities of all kinds sprung up. 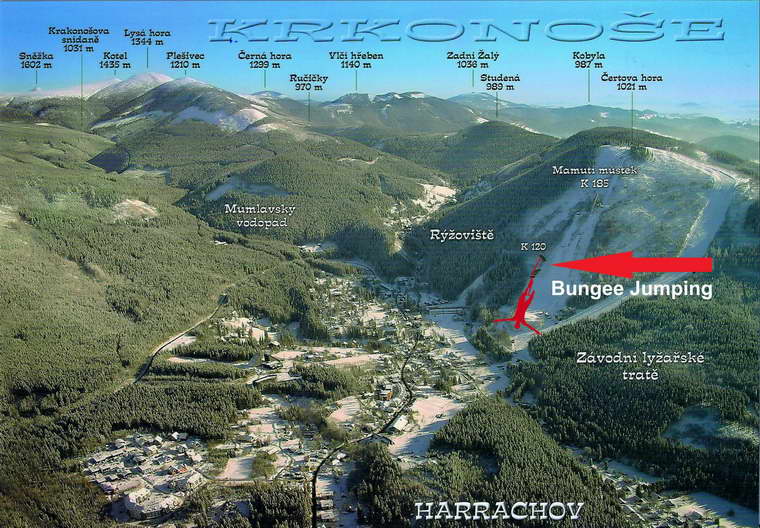 Bungee Jumping Harrachov is one of the adrenaline adventures from which you can enjoy beautiful views of the city, 145 metres above it. While on trekking tour, ski or snowboard in one of the northernmost parts of the Czech Republic, you can sweeten your experience with a bit of freestyle flying from the 36 m (118 ft). A special platform at the television tower is designed specifically for bungee jumping purposes. You can hurl down forwards or backwards, jump fixed by your chest, on snowboard, on snowblades or to bungee-flip forward or backward. 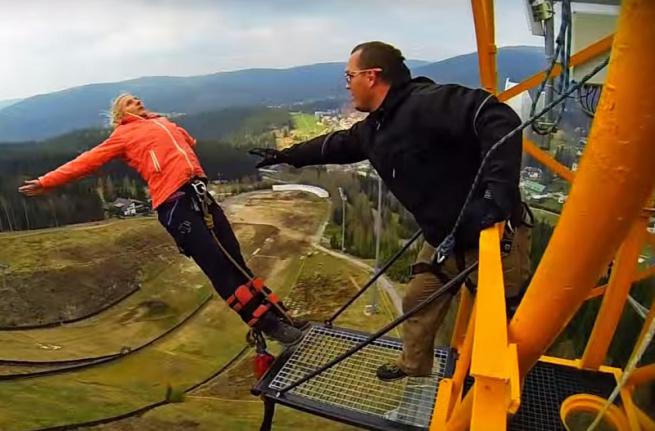 The „judges tower“ is located at the ski jump K120 and K180 red slopes in Harrachov - Harrachov side of the ski jumps. Find the place on the map of Adrex.com Locations... 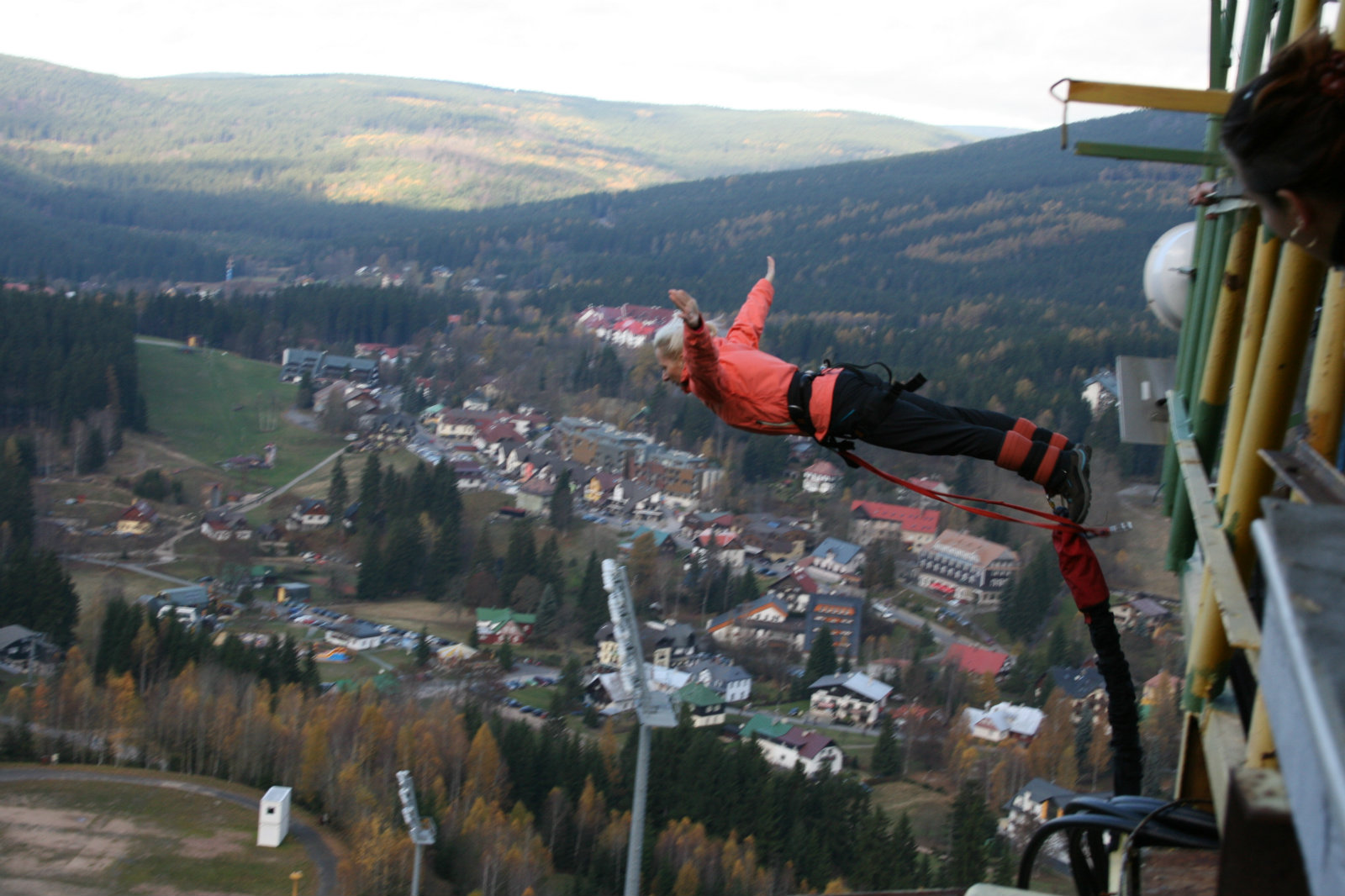 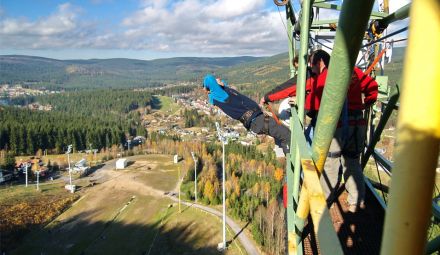 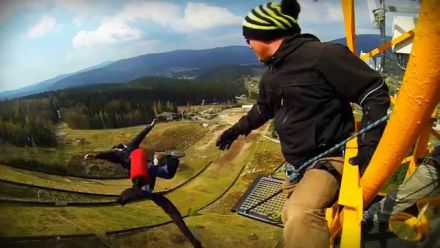