In 1980, The Dangerous Sports Club from England, a group of extreme sports pioneers who developed modern bungee jumping, jumped from the Clifton Suspension Bridge in Bristol, using an elastic cord. The group got arrested right after the act and images of the first jump quickly spread worldwide. Since then, literally millions of bungee jumps have been performed. One of the early bungee companies that still operates to this day is the Vertige Aventures in France. In 1986, the Vertige Aventures made their first ever bungee jump in France, a catalyst that launched European first bungee jumping center at Ponsonnas Bridge, Grenoble.
18. 5. 2014 Comments: 0

Vertige Aventures has fully operated since 1988, creating two bungee jumping sites in Rhône-Alps near Grenoble. Located in a beautiful mountain region dominated by the peaks of the Oisans and Dévoluy, it quickly became the bungee jumping Mecca of France. The 103-metre high Ponsonnas Bridge is still one of the highest European sites in use, attracting visitors for its unspoiled and completely natural surrounds. The other site, Le Sautet bridge, 72 meters high, is located downstream from the Grenoble's hydro-electric dam and offers also a spectacular view, represented by surrounding rock walls descending towards the bottom of the gorge. However, The Le Sautet Bridge is open only prior request. 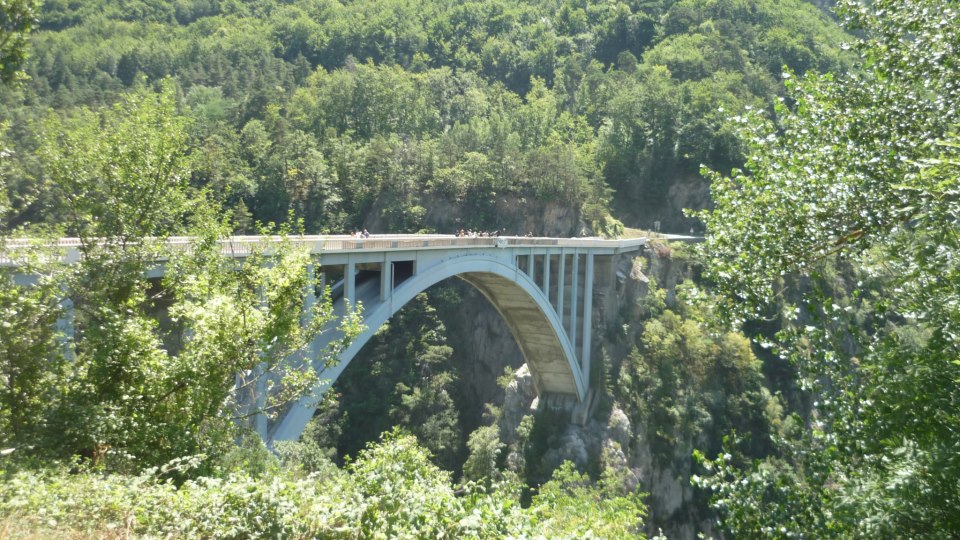 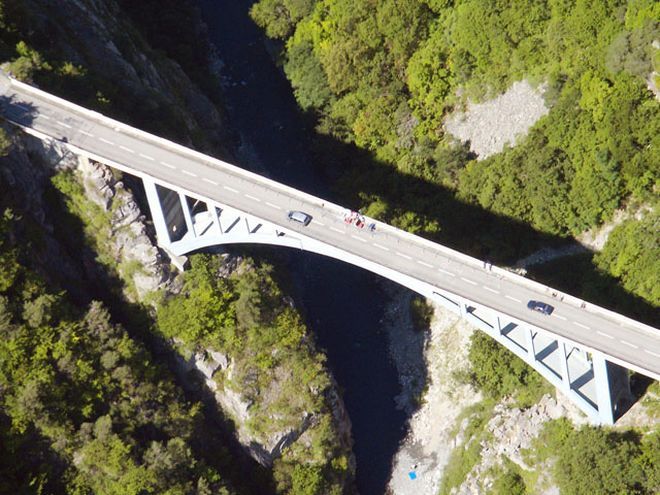 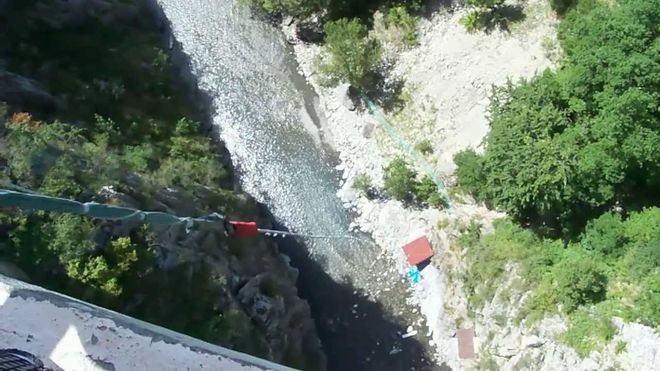 Breaking a record of 14

Vertige Aventures is also known for holding a bungee jump record that has not been broken yet. Back in 1994, they made a 14-people mass jump on a single elastic cord from a 60 meters tall crane in Barcelona. To achieve such a jump is technically very difficult because the elastic cord must reduce the fall of a mass of about 1 ton (represented by 14 people) . The cord and the crane also had to withstand an impact force of more than 5 tons produced during the jump. It took about 6 months of preparation and testing to successfully perform this jump. Just for your imagination; the cord weighed 200 kg , had 175 mm in diameter and 45 tons tensile strength! 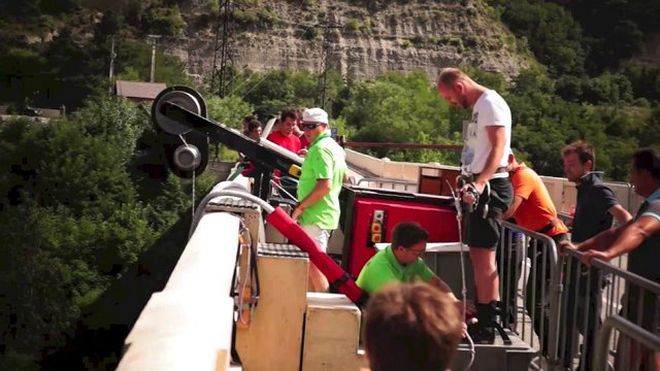 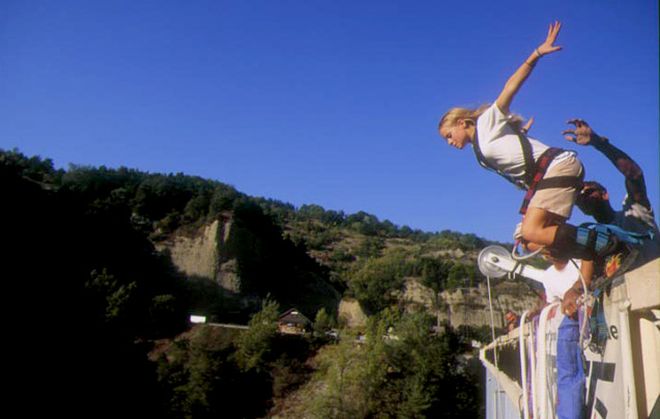 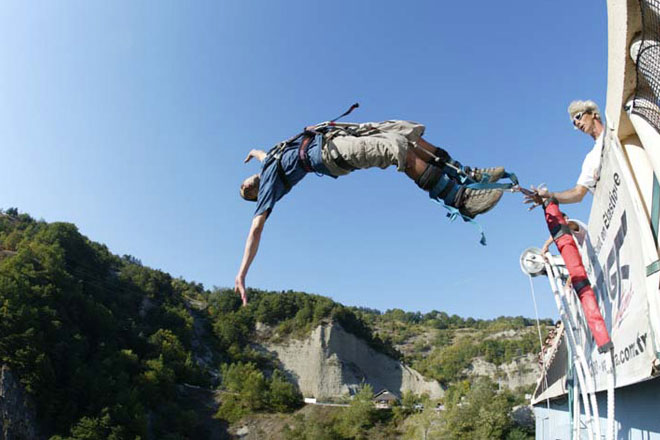 How to get to the Pont de Ponsonnas

All images are property of Vertige Aventures; Copyright applied.