We at Adrex.com share a big love for anything associated with snow and although the season is slowly getting to its end, there are still a few spring events that are worth a notice. We have already covered the great Italien Mottolino Fun Mountain snowpark in our online mag but the time for this award winner beast has come again. For the last seven years, Suzuki Nine Knights has provided world’s best skiers and now also snowboarders, an incredible playground to get creative on, and this year is no exception. The infamous “Il Castello” snow castle on Mottolino Fun Mountain, Livigno, Italy includes five distinct features, giving riders more options, more choice, and more opportunities, than ever before.
7. 4. 2015 Comments: 0

Here comes that time of the year again - Mottolino Fun park, covering a place of more than 30 soccer fields, hosts one of the biggest ski & now also snowboard events outside the US; the Suzuki Nine Knights.

The first feature includes a beast of a table at 60m wide and 11m high, with five take-offs and three landing options, the biggest kicker measuring 35m from take-off to landing. Further down the line is the hip/Monster Mini-Ramp obstacle with a hip measuring 12m high and 30m long, a 11x11m mini-ramp placed on a 16m high cube of snow, as well as the 12m long GoPro Wallride. On the right line is the Blue Tomato Cannon Rail followed by the O’Neill's unreasonable feature, which allows for riders to speed through a tunnel, launch over the enormous axe, or land a 18m long hip. This line ends with the Völkl Stairset, where riders can play with a double kinked rail or a down rail. 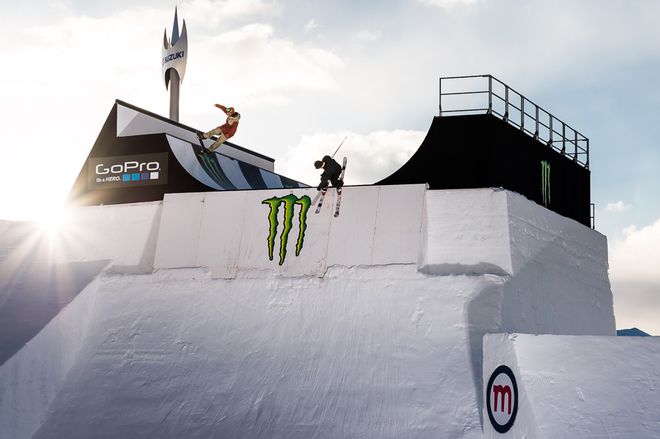 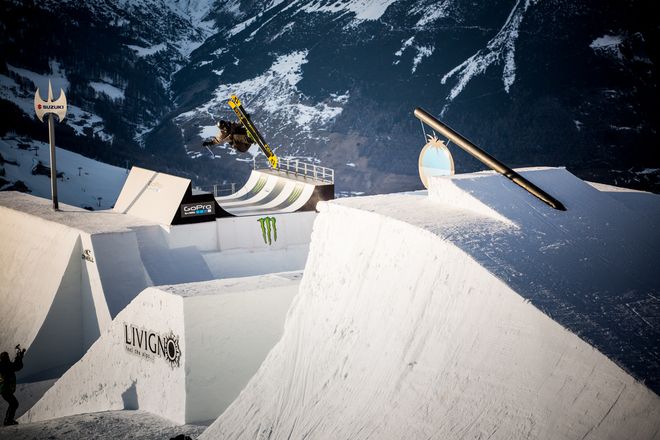 The first few days of the week-long session saw the riders exploring the  feature, regardless of the strong winds limiting the opportunities for hitting the biggest kicker. When the winds finally let up, the first to guinea pig was Swedish snowboarder Sven Thorgren, who quickly moved from straight airs to stylish 7s in just a few rounds. 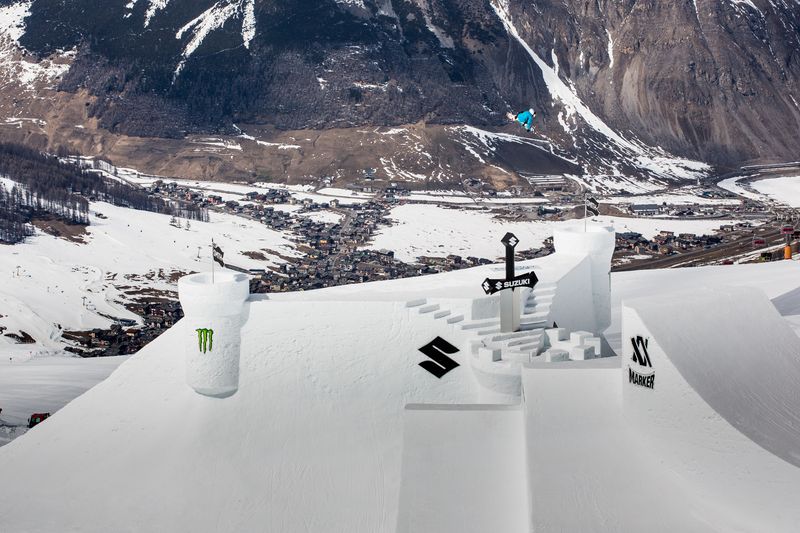 For the skiers, fellow Swede Jesper Tjäder started the big kicker trend, nailing a massive 360 after only a couple hits. The other features were shown just as much love, with the riders finding new ways to hit every obstacle, coming up with creative lines. On the tranny of the cannon rail feature, Austrian skier Luggi Brucic threw down a massive rodeo 1080 while snowboarder Halldór Helgason stomped a slow and stylish rodeo 540 indy on the same take off. 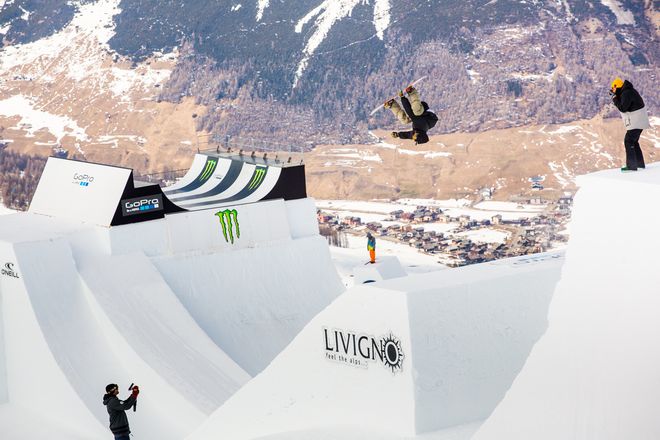 "The course is insane. It’s not kidding around, that’s for sure. Every feature is massive and it’s going to be really sick once we get used to it. I think we’ll definitely see some creative lines and people sending it,” said Halldor. 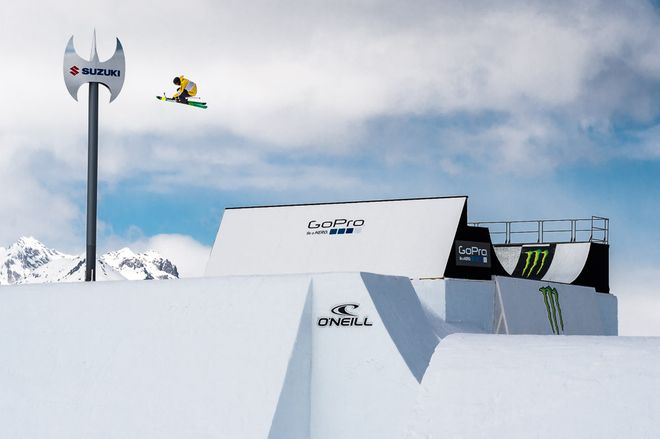 Don’t miss the Night Shoot with thousands of people expected on Mottolino Fun Mountain on Wednesday April 8th or the most intense showdown on the Contest Day, Friday April 10th. In the meantime, check out an awesome GoPro edit below from the taking place.