Flying to Antarctica in an Open Cockpit Aircraft

Flying for Freedom is a non-profit organization operating microlight flying and post-recovery flying activities for disabled in Great Britain. They help disabled servicemen and women to get back on track by teaching them how to fly in flex-wing microlights. At this moment, the Flying for Freedom team is preparing for the World's "first" expedition, never attempted before by anyone, flying with the microloights to the most extreme location, the Antarctica. The man behind this project John Laity, an engineer & pilot with over 15 years flying experience came up with the idea for the project and wants it to inspire others to make a difference.
3. 4. 2014 Comments: 0

What is a microlight?

Microlights are open cockpit "weight shift" aircrafts and are one of the easiest and cheapest ways to fly. Training provides air experience at its most basic; Pilots are close to nature and exposed to the elements, making for an exhilarating and adrenaline filled adventure something they most often miss when forced to end their service careers. That's why the Flying for Freedom is doing the expedition; in partnership with Help for Heroes, the UK military charity, the aim is to show disabled pilots ability not their disability as they each fly by the microlight to the South Pole. 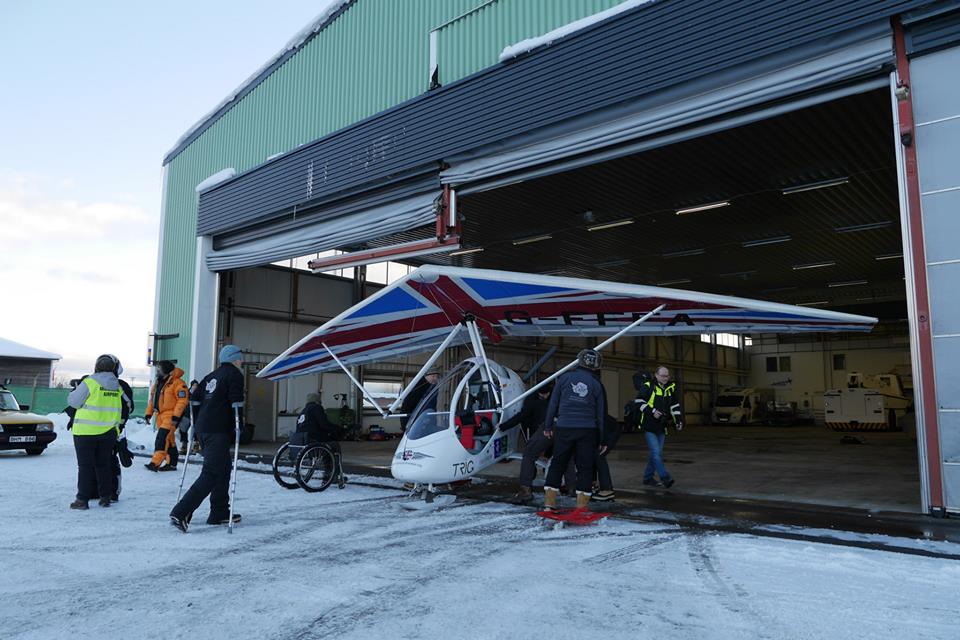 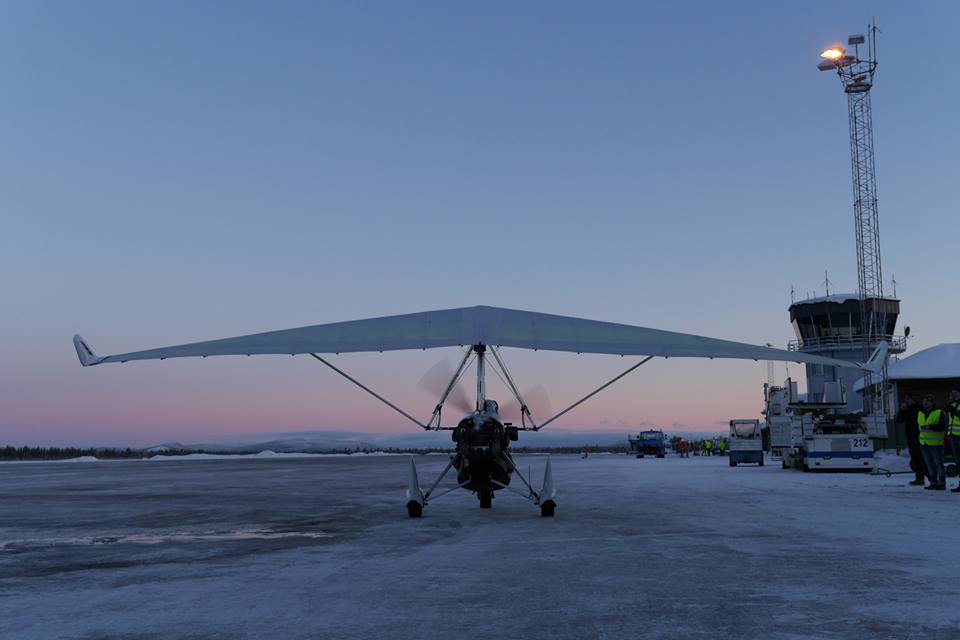 The expedition called officially the British Antarctic Microlight Expedition (BAME) has been planned for 5 years. Each of the 12-team members trained hard and the equipment was well tested to ensure maximal safety. With help from sponsors, supporters, and a TV documentary that has been filmed since the expedition's launch in 2009, the crew could fly off to Antarctica in December 2014. In doing something that has never been attempted before the expedition has a real element of danger and the unknown. The  team also hope to appear on Top Gear later this year. 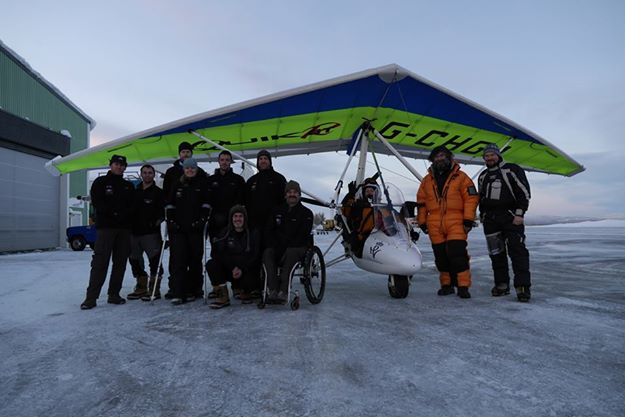 The expedition is a huge technical challenge as it has never been attempted before and so the team has to modify or design from scratch what they need. From converted snowmobile helmets to newly designed prosthetics, their equipment has to be extremely light, but robust enough to withstand the rigors of the coldest place on earth.

With 180 mph winds, - 40 degrees Celsius it may seem impossible to fly in a tiny open aircraft but modern clothing and the aircraft design will make the expedition safer and more achievable than Richard E.Byrn's Antarctic expedition in 1982.

For safety and servicing reasons, the team hopes to take a minimum of five Aircraft with a full fronted visor with them. Wheels are to be replaced with snowboards for landing and small metal fittings need to be tested, alongside ideas to warm the engine prior to starting.  The biggest change will be the total replacement of the wiring loom and fuel lines as rubberized wiring becomes brittle and crumbles away at the over time in Antarctic temperatures. 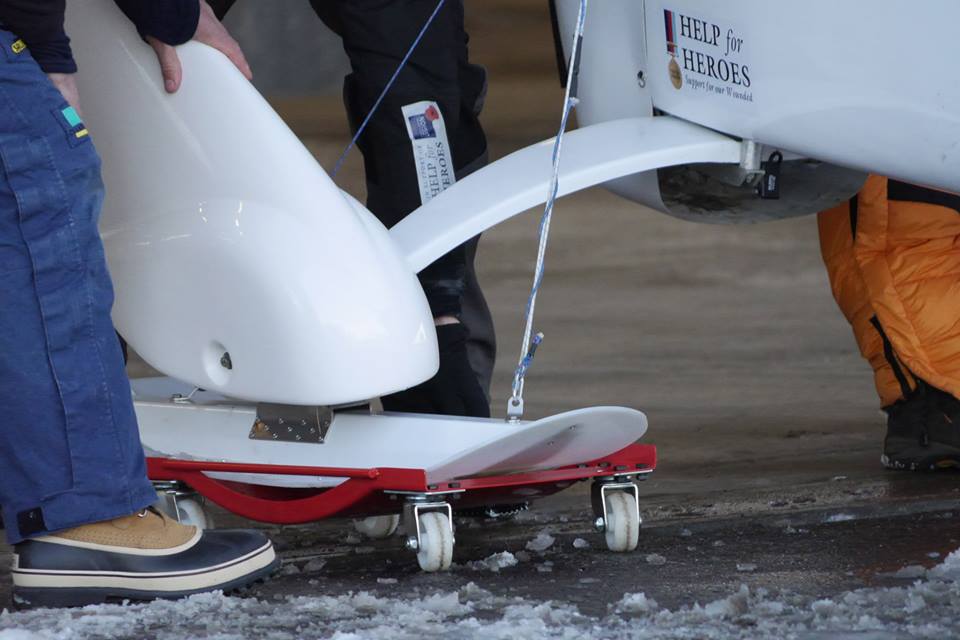 The expedition will fly from McMurdo Station, a U.S. Antarctic research center located on the Ross Island up the Grat Ice Road to the South Pole and then onto Union Glacier. Two ground support vehicles join the team to carry fuel, provisions and medical support

2015
January - Return flight from the Pole
February - Airlift back to New Zealand
March - Back to RAF Brize Norton, the largest station of the Royal Air Force in the UK

The route will take the team down the Antarctic Peninsula from the Coast. They will lay fuel depots and equipment by air across Palmer Land and forward to Union Glacier. From Union Glacier Richard Meredith-Hardy, World Champion Microlight and expedition pilot, who successfully conquered Aconcagua (22841 ft), Kilimanjaro (19341 ft) and Everest (29035 ft) will lead an attempt to overfly the summit of Mt Vinson (16067 ft), the highest peak of Vinson Massif, the highest mountain of the Antarctic continent. 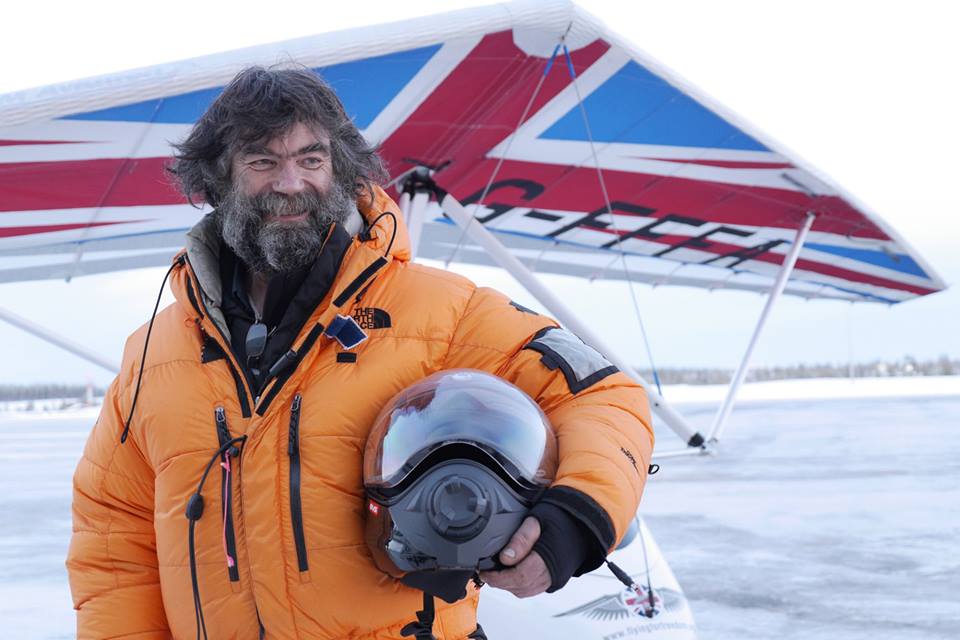 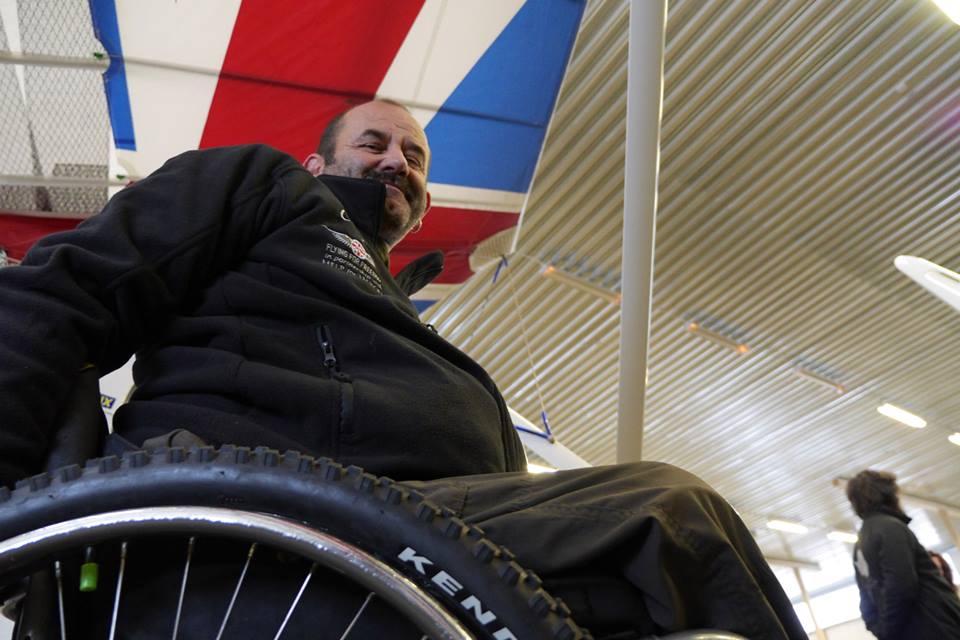 Source: flyingforfreedom.org and FB profile. Thanks to John Laity. All images are property of BAME.  Video: Youtube - fly2pole

If you want to support BAME project you buy a mile, equipment or simply donate cash through Flying for Freddom website.