Gliding Mount Everest - Soaring the Top of the World

Finnish-German duo have fulfilled a longtime dream. A 64-year-old Helsinki resident Anssi Soila, and his 61-year-old German buddy Klaus Ohlmann have carried out their lifelong goal: to become the world's first pilots to fly over the Mount Everest in a glider. A happy-end story and admirably brave mission was completed in December of last year (2013).
30. 1. 2014 Comments: 0

Even much larger flying machines than glider have an approach troubles to let tourists watch the world higest point´s landscape. Mount Everest, mightiest hill of all, is a mountain where unpredictable winds always prevail, sometimes reaching speeds exceeding 200 miles per hour, and creating fierce turbulence.

Lukla airfield (Tenzing-Hillary Airport) in Nepal, located at an altitude of 2.8 km, is the last airborne-possible place from which you can soar to an altitude of 8.8 kilometers and even above the highest mountain in the world. It was right in Lukla where they began their record journey. 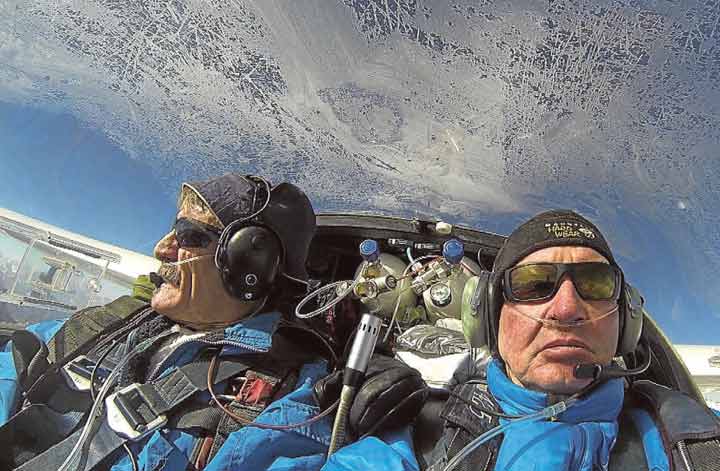 Both «Swela» and «Ohlman» have already had vast experiences of joint operations in the Alps and in the Andes , but they both confirmed the Everest flight was the most difficult. In the windy weather with wind power of 184 km/h, it is moving all the things inside the glider so that you can see them flying through the cabin. Anssi Soila got hurt by object hitting his head , but as an experienced pilots, both him and Ohlmann managed to send their glider to an arc over the Khumbu glacier. 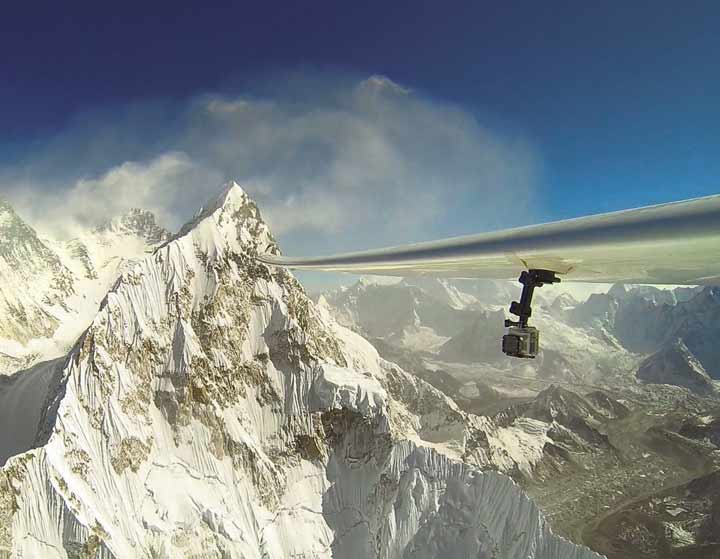 Cold creepy. Here you can watch climbers who freeze on the mountain in an attempt to reach its summit . All the concerns about turbulence are swiftly forgotten. And finally, you can turn back. Tailwind picks lightweight airframe