He did it again. After a weekend of intense racing on the legendary Wellerbrücke rapids in Austria’s Ötztal valley, 25-year old Joe Morley from Leeds in Great Britain outpaddled a field full of the best kayakers in the world in his final run, claiming the second Extreme Kayak World Champion title of his career, ahead of Kiwis Mike Dawson and Jamie Sutton.
6. 10. 2015 Comments: 0

Last year, Morley surprised the kayaking community, when he defeated the seemingly unbeatable 3-time adidas Sickline World Champion Sam Sutton from New Zealand.  This year, the slalom specialist returned as defending champion and top favourite and he stood up to the pressure. He put in a commanding final run on the 7°C cold Ötztaler Ache River today, clocking 56:48 seconds, the fastest race time of the day and almost one second faster than second placed Mike Dawson. While Sam Sutton, who nailed the fastest time in semi finals (56.50) had trouble finding the perfect line due to the low water level of 1.82m, his younger brother Jamie successfully defended the family’s honour, winning the bronze medal. Jamie Sutton’s course record of 55:73, which he had set last year, wasn’t touched today. 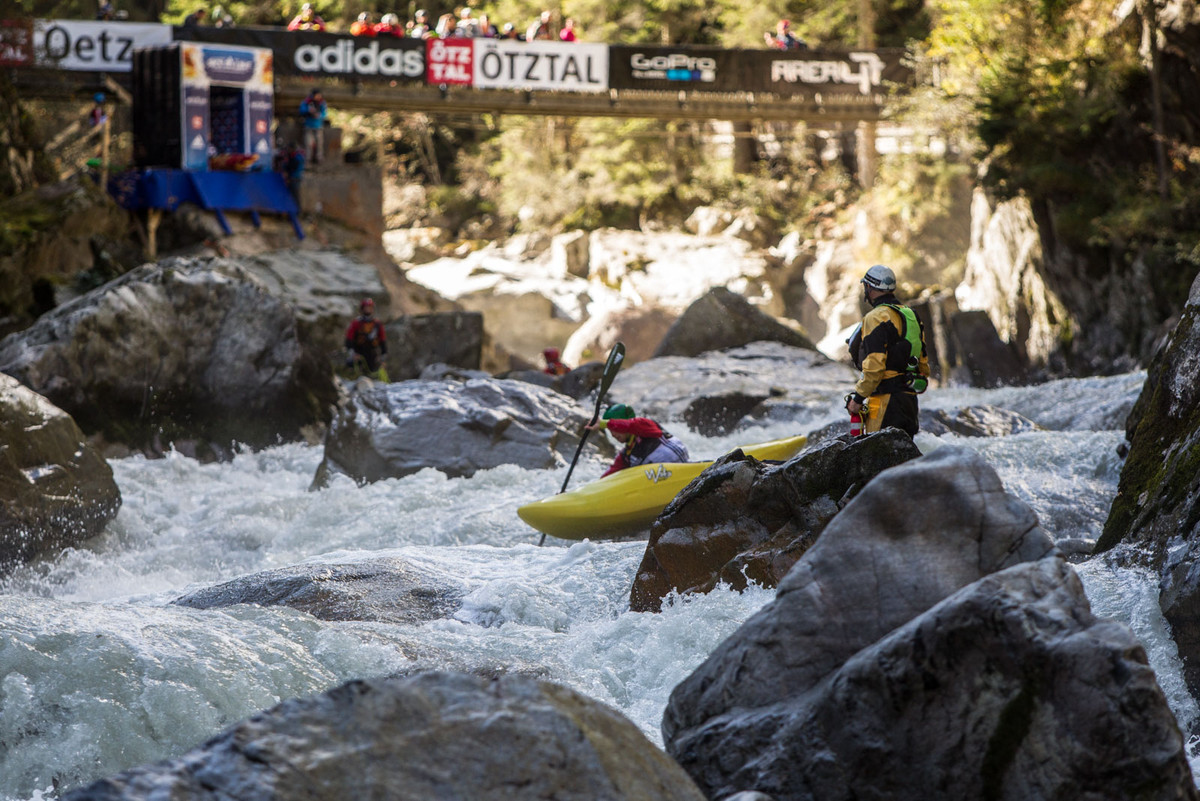