The Bergans Baikal 2010 Expedition is the very first Czech expedition with a goal to cross the Lake Baikal in Siberia lengthwise and unsupported. The total distance of the crossing is about 700 km. We don’t want to just cross the lake and reach the other side as fast as possible and by the easiest way available.
13. 11. 2009 Comments: 0

We want to play fair and respect certain rules. It mainly means that we won't be using kites or huskies to cover the long distances, nor will we resupply along the way. For us the style and the way we cross the lake is as important as the goal itself. 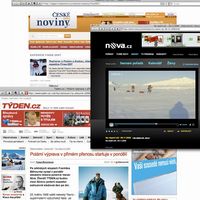 Vašek has made numerous trips to the polar regions (for example Greenland, Svalbard, the North Pole) over the time and rightfully deserves to be one of the top Czech polar explorers. His adventures always attracted a lot of attentionfrom the Czech media - from daily newspaper to national TV channels and were followed by hundreds of readers and viewers. Thanks to his long time activity and experience, Vašek received invitations to the most popular and prestigious talk shows in the Czech Republic.

Pavel's travels received a good deal of attention, too. He was most probably the first Czech who used the combination of a satellite phone and PDA to update daily his expedition website during his solo attempt to cross the 200-km long Vatnajökull glacier in Iceland. These updates were apart from Pavel's website published daily on several major Czech news and travel servers - CeskeNoviny.cz, HedvabnaStezka.cz, Bavte.se and others. Hundreds of people were therefore able to follow Pavel's steps day by day through these short everyday updates.

The Bergans Baikal 2010 expedition in media : 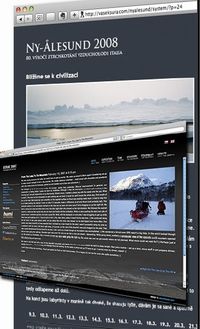 Web sites - The expedition’s official web site will be put online during the preparation of the expedition. It will contain all information about the expedition, regular updates about what is going on, photos, list of sponsors and info about them and much more. This web site will be regularly updated also during the expedition itself. Every day, a new message will be send via the satellite phone straight from the Lake Baikal including also pictures, short videos, audio records and the latest updates about the position, progress of the expedition and the current weather in the region. People will not only be able to follow the expedition via the web site but they will also have a chance to comment on all the posts while Pavel and Vašek will try to respond to these comments on (within the limits) regular basis.

Million Steps - a documentary about the expedition - Photographs as the only documentation are not sufficient enough for this kind of expedition any more. So, besides taking full advantage of the internet we also decided to record the wholeexpedition from the very beginning to the actual crossing of the lake with an HD video camera. All these recordings will be then used to make an hour and a half long documentary about the trip entitled Million Steps. A genuine story of twoadventurers who decided to cross the Lake Baikal - lengthwise and unsupported.

TVs, radios, internet news servers - Same as it was with the previous expeditions, all updates from the expedition web site will be daily published by several Czech as well as foreign news servers (the official web site will be in the Czech and English language). Moreover, the regular updates about the expedition will be broadcasted by several Czech radios. There is also an possibility that several videos sent via the satellite phone will be broadcasted by TV but a co-operation with particular TV stations is still under consideration.

Guess & Win - To have something extra for the visitors of our web site, we are preparing a guessing competition, and thanks to cooperation with our sponsors, we already have many great prizes for the winners. The point of the Guess & Win competition is to guess correctly a final day, an hour and a minute of the expedition - in other words, to guess when we will reach the end of the Lake Baikal. Every visitor of the expedition’s official web site will have a chance to enter their guess during the first fourteen days of the expedition. They will have a chance to calculate at least roughly their guesses from the pace of our progress during these first two weeks. Each guess will be published on the web site immediately and the winner will be therefore known right after the message about finishing the crossing is delivered.

Presentation of the partner : 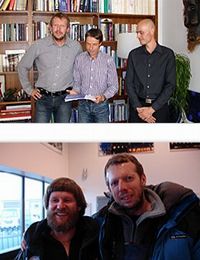 Mudr. Pavel Bém, Mayor of the City of Prague (capital city of the Czech Republic) - Being a well-known figure, MUDr. Pavel Bém probably needs no introduction. He is not only a successful politician but he also devotes lot of his free time to rock climbing, alpine touring, skiing and many other sport activities. Climbing the Mount Everest in May 2008 is without any doubt among his greatest sport achievements.

Dr. Victor Boyarski - A founder of the VICAAR agency, one of the biggest travel agencies focusing solely on organizing polar expeditions, and a head of the Russian State Museum of Arctic and Antarctic. Victor is without any doubt one of the world’s top polar travelers. He has been a member and leader of numerous international expeditions. Among his achievements we may list crossing of Greenland from south to north (1988), taking part in the “Trans-Antarctica” international expedition which crossed the whole continent of Antarctica (6.500 km in 7 months) during years 1989-90 and crossing of the North Pole from Siberia to Canada in 1995. Since 1997 he has lead more then 18 successful commercial expeditions to the North Pole.

Prague City Hall - Prague City Hall provided to our usage many advertising sites in the Prague Public Transport, in the Prague City Hall building (Škoda Palace), on its web site and in the Listy HMP magazine (about 600.000 copies, a monthly magazine published by the city of Prague). We very much appreciate this help as it will enable us to to speak to as many people as possible and to promote our expedition to a greater extent.

TVs, radios, internet news servers, other web sites, and so on We will be more than happy to answer and specify the particular possibilities of cooperation and presentation of the sponsor in media during a personal meeting.

Other info about the expedition :

Cooperation with Ing. Petr Havlíček from the Vittore Center - Hundreds of kilometers you run and countless hours you spend in a gym will not have the desired effect if you do not eat right and do not plan ahead. Ing. Petr Havlíček from the Vittore Center is there to help us to set the best eating regime. Being an expert on the problem of a diet in relation to sport efficiency, effective training and mental and physical health, he is the right man for us to talk to. He will not only provide us with a training plan that suits our needs but he will also put together a special polar diet regimen essential for us if we want to finish the expedition successfully without serious health problems.

Cooperation with a psychologist Mgr. Michal Kříž - We will be facing physical strain, stress, extremely low temperatures, sharing of a small living space in a tent and many other risky situations day by day for more than five weeks. These factors may only heighten a chance of a mutual irritation that inevitably sets in among people who spend a long span of time together and subsequently chance of conflicts between us. We were therefore more than happy to accept an offer from Mgr. Michal Kříž, a psychologist, who will help us with theseissues. Mgr. Michal Kříž graduated from psychology on the Philosophical Faculty on the Palacky University in Olomouc and at this time is an officer in the Czech Armed Forces and has served in several foreign military missions. We will go through aspecial training under his leadership practicing sets of self-forming exercises such as autogenic training and auto-suggestive methods which will help us to co-ordinate our mental and physical condition before and during the expedition. We should also learn how to deal with stressful situations, exhaustion and social isolation. 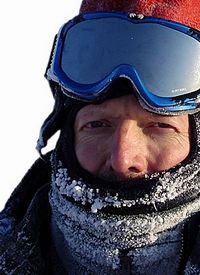 Born in 1965, owner of a small PR company. Vašek has been captivated by everything related to polar explorers and expeditions since he was a child reading books about various adventures and dreaming about that one day he will also visit those barren and frozen lands. As Vašek is one of those who make their dreams come true, he managed to materialize his dream and completely fell for the arctic regions. He has led numerous expeditions to the Arctic, Greenland and many otherplaces. In 2005 Vašek reached the North Pole being the fourth Czech who ever got there under his own power. Vašek has also made two successful documentaries about his adventures. He also devotes lot of his time to giving speeches and lectures about his expeditions. Vašek works with many Czech companies on designing and testing of new equipment.

Vašek about the Bergans Baikal 2010 Expedition: "I knew right from the beginning exactly who to ask to join me on this trip. I'm happy that Pavel accepted my offer the moment I first called him. I'm sure we will be a great team. Not only is Pavel quite an experienced traveler and adventurer but he also knows a lot about PR, computers and communication technologies which will help us to spread the word about our trip. For me, the Baikal is a great challenge and an amazing sporting performance.” 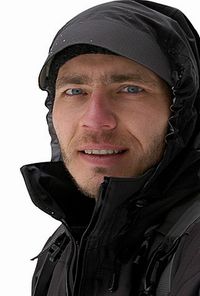 Born in 1975, a programmer, a web designer and a marketing manager in the North Trappers company. Pavel is an avid rock climber and adventurer. He started rock climbing at the age of 15 and since then this passion has led him to many trips all over Europe as well as overseas. He spent lot of time traveling, mountaineering, rock climbing and ice climbing in the USA in the Rocky Mountains especially. As it is only a stone's throw from the Rockies, Denver in Colorado has become Pavel's second home. Besides rock climbing and hiking Pavel also enjoys backcountry skiing, snowboarding and mountain biking.

Pavel about the Bergans Baikal 2010 Expedition: “It was Vašek’s idea to try to cross the Lake Baikal and when he asked me to join him I said yes immediately! He didn’t have to ask me twice. It is without any doubt a great challenge and chance to do what I always wanted. For me personally it is also a unique opportunity to learn something new since Vašek is one of the most experienced Czech polar travelers having many expeditions to Svalbard, Greenland and the North Pole under his belt. To be out there for more than 4 weeks, now that's what I call living my life to the fullest.”