Lake Superior: A Trip into the Past

Lake Superior is not only the largest of the Great Lakes of North America but the largest freshwater lake in the world by surface area and the third largest by volume. Just for a comparison, the lake contains as much water as all the other Great Lakes combined and still there would be a room for more water. After all, a 3-quadrillion gallon of water is not a small portion. What is more important is the lake's characteristics though. Although it's officially a lake it behaves like an inland sea; it has a small tide and busy international ports. Although the lake doesn't offer high number of fish compared to the rest of the Great Lakes, its bottom hides more treasures than any other lake in the world: a great number of shipwrecks.
17. 12. 2015 Comments: 0

Even with the help of radar, sonar, and satellites any ship can sunk when the weather turns bad and 8-meter (25-foot) waves that are not uncommon on the shallow-bottomed lakes together with Great Lakes' notorious storms  can take down even the biggest ships. So this and the Lake Superior's visibility (the lake has very low aquatic plant and algae production compared to other lakes of the world) make for a great wreck diving, a history into the past. The Great Lakes Shipwreck Museum estimates that in total 6,000 ships and 30,000 lives have been lost in local waters. Some of the wrecks are artificial reef systems that have been intentionally sunk. However, some of Lake Superior’s wrecks carry their legacy, and unfortunately, loss. Superior's best collection of shipwrecks is found near Isle Royale National Park, one of the most remote National Parks in the US. There are 10 different wrecks around the island starting in only 3 feet of water and the deepest one in 260 feet of water. The Rock of Ages reef consists of outcroppings of rocks, west of Isle Royale, that are an imminent hazard to navigation. Several wrecks occurred on the reef prior to the construction of the lighthouse such as the Cumberland or the Henry Chisolm.

With wrecks all around the world to be found and dive-able, you might wonder why divers wish to see just the Lake Superior's ones. Apart from the great visibility that can be up to 100ft here, their frozen-in-time quality is the main reason why divers like to dive around these parts. Unlike ships in warm salt water, ships  to be found on the Great Lakes' bottom remain pristine, making some of them one of the world's best preserved shipwrecks. 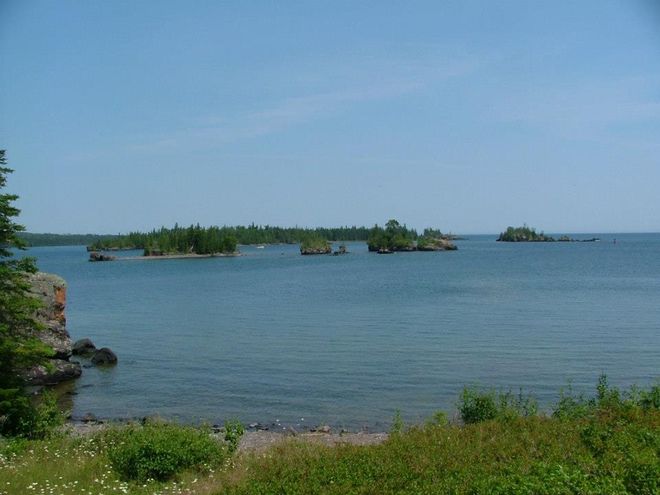 Most of these wrecks are old, wooden, barges and schooners that sank between the mid 1800’s through the late 20’s. It's a perfect place for divers to visit these museum pieces, and see how ship building has changed in modern times.  Lake Superior has wrecks that have a heritage, and pedigree, and that makes them very unique.  This is why, divers wish to visit them; the descent from the surface to one of Superior's wrecks is like a trip into the past, to the day the ship went down. Lake Superior’s temperature hardly climbs much above 38 degrees (3° Celsius) so the cold together with dangers associated with any shipwreck diving make the lake an affair for intermediate or expert divers only. Although some of the wrecks are very close to shore so the actual boat time to get to  these wrecks is minimized (particular Munising area has some fantastic wreck shore diving suitable for both new and advanced divers), others, such as the wrecks around Isle Royale, demand a live-aboard vessel given the island’s remote location. When weather is good, Lake Superior make diving a serious sort of fun. 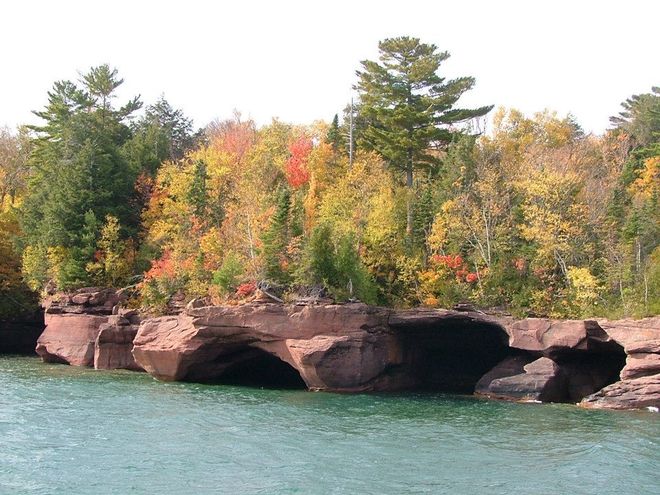 Some of the most popular recreational wrecks (the ones from 0-140 feet down) are the America, the Congdon Bow, the Monarch, and the favorite… the Emperor.  On the technical side (140+ feet and usually consisting of decompression and mixed gas diving) is the Kamloops. She is intact and lying on her starboard side with all the cargo she was carrying still there.  She starts in 180 feet of water and bottoms out at 260 feet down. 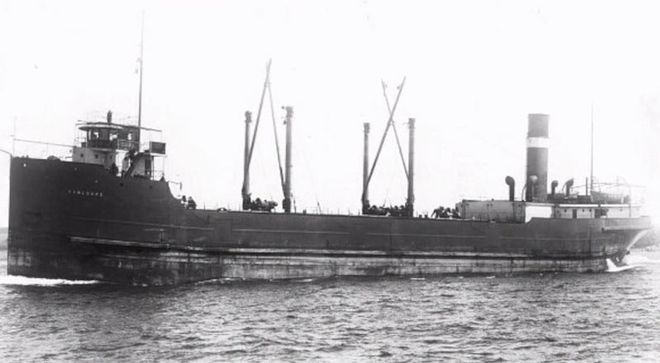 Emperor was the last ship to sink at Isle Royale after having cruised nearly 40 years on the Great Lakes .  She went down quickly after running hard on to Canoe Rocks, a rocky reef off Isle Royale. While her bow lies in 25 to 60 feet of water making it good for less experienced divers the stern settled into deeper water. More experienced divers can explore the stern at 100 to 170 feet. Although she lies in a relatively shallow depth, the SS America, with its bow a mere four feet below the surface makes for an interesting dive that often becomes diver's target when the lake is too rough to dive other sites. 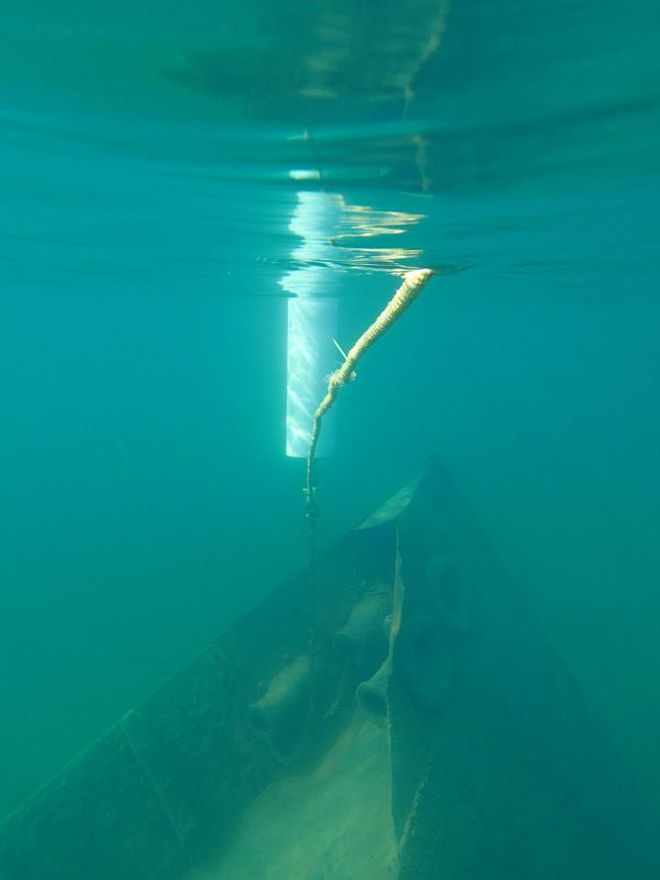 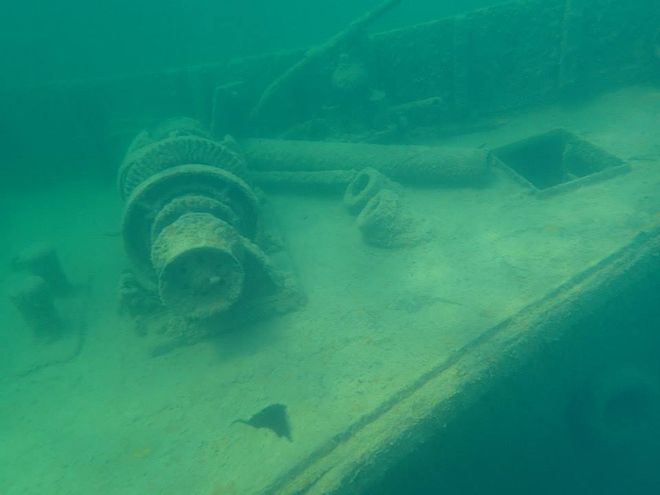 All these sunken vessels are protected by the National Park Service and you need a licensed company to take you there. If you are ever looking to visit Isle Royale for scuba diving, we recommend getting in touch with Captain Ryan at Isle Royale Charters, who's got such permitt granted. The charters they run are typically 5 day/4 night live aboard charters. After you arrive at the boat in Grand Portage, Minnesota with your own dive gear, clothes and sleeping bags, Captain Ryan and the rest of the crew take care of the rest. This includes 3 meals a day plus snacks and non-alcoholic beverages, air fills and all National Park fees. And from Grand Portage it’s just a 17 mile crossing to the southern end of the island were the diving begins....... 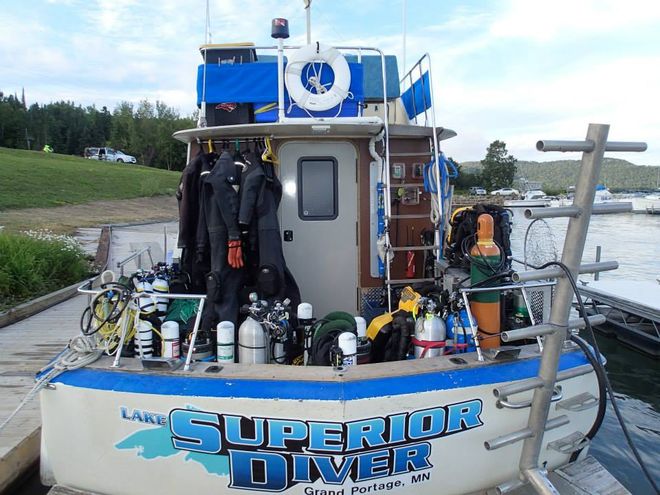